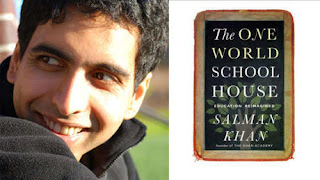 Education is still operating in the dark ages and most talent is wasted unless that talent develops the desire to improve his mind and talent in a directed way. It is also misled by the false strength of memory training itself. After all a perfect memory of the content of a textbook allows you to write an excellent exam. Yet it did not necessarily induce new connections in the brain itself.

For this reason I have observed that the cases of photographic memory that I have come across have often turned out to be immature in terms of actual reasoning. In fact the ones I have met all succumbed to addiction. Worse though, a perfect memory means that you have a perfect memory and implied belief in every error written down in your field. Ouch!

I have never responded well to memory work and left it alone to focus of reasoning and sorting input for anomalies which I seem to recall as needed.

We have learned that it is plausible to advance a wide range of mental talents. We need to work these up and make that knowledge available to educators generally. Khan is tackling part of the spectrum.


Salman Khan needs no introduction.  He was recently on the cover of FORBES and was named one of TIME magazine’s 100 most influential people.  And he just published a book — The One World Schoolhouse — which is already a bestseller.

I recently interviewed Sal to get his thoughts on the future of education.  Here are five wisdom filled lessons from the world famous educator.

1. Theory may not be as important as before.

“You have all this education theory and people try to make larger statements than maybe what their data would back up because they’ve done these small experiments that are tied to a very particular case with a very particular implementation…theory definitely matters, but I think dogma matters less.

We can say, well "The current established theories say we should be conscientious of this but let’s just test it again."  Maybe the results were only particular to that time.  Now we can run very similar studies with much less pain and perhaps the theory won’t apply.

That’s what’s exciting. Things like Khan Academy can be very powerful in this context. Theory tries to be very broad, it tries to make these laws of learning.  But they’re almost always too general.  And if you made it too particular it’s almost useless…Now the results will be particular to the Khan Academy implementation, but they will be impacting millions of students.”

2. Even people in science, technology, engineering, and mathematics (STEM) will be considered creative.

“Even when there’s an opportunity to make [STEM or math] less mechanical once you start getting into algebra, unfortunately it is disproportionately taught in a very formulaic way. So you don’t really get into the creative side of it.”

“At any given point in time you are perceived to be creative if you create neat things and are a good artist or a musician or a singer, which I think people associate with being creative. And I think [these people]…oftentimes have trouble with math.  I’d argue that’s because the math was taught in such a non-creative way that they didn’t respond well to it even though they could have.”

“If we could get those creative people…to say ‘Hey I’m using these math tools to further my creativity’ this would help.  I think people are starting to appreciate that, and that is what computer science has really done.  Even a young student who is interested in visual arts or music or design, they’re starting to realize that there are all these amazing tools that can bring them into engineering, into programming, and into mathematics.  So I think that is changing.  If you just build any App, even if it’s not number one and you’ve created something in high school that will help you decide where you’re going after the football game, that’s a cool thing to do.”

3. You will still need to have a solid base of knowledge and conceptual understanding before you can make connections.

“Sometimes I think people confuse rote learning with traditional conceptual instruction.  A good traditional conceptual instruction is what I got from my better professors at MIT.  They would be at a chalkboard, and they would literally be explaining something and working through a problem, but it wasn’t rote.  They were explaining the underlying theory and processes and intuition behind it. And some people just assume that if you have an equation on the board or you are working through mathematical symbols that it is somehow rote, which is not the case.”

“I personally believe that most of the time if you’ve worked yourself enough, your brain starts to draw connections. Sometimes the connections happen before the problem solving, sometimes the problem solving happens before the connections. There are basic rote things that people do have to know, such as the multiplication tables and basic addition and subtraction. And even once you get into higher mathematics, you’re more likely to be able to engage at a more fluent level if you do have some key things that are in rapid access memory.”

“What you’re going to see on Khan Academy over the next six months to a year is much more rigorous deep assessment diagnostics on the site. This will really help people fine tune the activities that are going to be the most appropriate for them at any given time.”

“And then there’s the whole issue of talent identification when there’s someone off the charts. We’re going to get the data, the analytics, on all these kids and we don’t just get these snapshot SAT scores or whatever else, we get these data narratives. And so you could almost identify talent as well, I would think.”

5. The internet will be used to identify talent, and perhaps even genius.

“We’re about to start launching things where people can subjectively assess other people’s work. And so you can start to have assessments that are not just objective, but that could also be used to identify talent. For example in computer science, if someone makes a really out of the box way of visualizing the Pythagorean Theorem, or writes some code that does something amazing, that can’t show up on a test like the SAT but we could have the crowd assess that type of thing.”

“My sense is that in Einstein’s generation there were probably a hundred potential Einstein’s that were just completely squandered. They turned into some crazy person on the side of the street or something.  Who knows? Now we can go into a reality where that could be nurtured in a more scalable way and be identified in a more scalable way.  And this is the beauty of the internet. There’s a classic example of the genius who is not so appreciated by the non-genius people around them, and then they get told that they’re an idiot and so they think that they’re nothing. But the internet now allows that genius to get that exposure and hopefully other geniuses around the world will recognize that genius for what it is.”