The Next Twenty Years 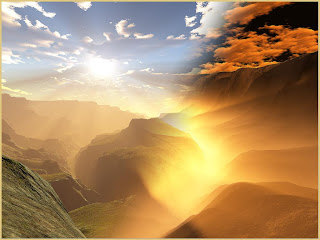 It is easy to project visible trends into the future and assume that they matter. It is generally a flawed methodology. New trends emerge and grow exponentially until they achieve equilibrium. Recall that twenty years ago that the internet was not even imagined. Twenty years before, the core protocols of the computer age were still been test driven and Exxon was advertising how they had driven the price of oil down for years. Twenty years before that we hardly understood labor saving devices and lived with the tyranny of youthful sexuality and the necessary early pregnancies.

Let me make a couple of bold suggestions.

1 In twenty years the entire global population will live what we understand to be a modest middle class lifeway in modest communities designed to provides a full spectrum of services and support for all its members and tightly tied to the land. That is the objective of this blog and its implementation this quickly is feasible and likely. We are helping set these exponential trends in motion here.

2 Energy will be universally available from either geothermal, safe thermal or fusion powered. The system will be hyper-efficient and lose little. Personal transportation will be universally electric. The oil industry will be a shadow of itself while coal will be extinct. It will change over that quickly.

3 Centralized political power will be waning except to focus global efforts on Space development.

4 Global military power will be hugely diminished and be set up in the form of crusader corps able to confront any remnant belligerence.

6 The Holodec will become available.

7 The Magnetic Field Exclusion Vessel will be well on the way to reality allowing easy operations in the Solar System. (Google MFEV my blog)

8 Our diets will convert to a protocol that effectively eliminates cancers and chronic heart disease allowing a natural lifespan to reach 100. Access to telomere protocols will begin extending those lifespans for the worthy.

9 The global internal growth rate will mature at around 3 to 4 % by 2050. We will all master the art of happiness.

The really big change though will be the slow disappearance of State power as an end in itself. We are reaching a tipping point here and I hope that it does not become too bloody before a global resolution asserts itself.

It predicts no country will have hegemonic power in a shift to "networks and coalitions in a multipolar world."


11:29AM EST December 10. 2012 - A report by theNational Intelligence Council predicts that the United States will lose its superpower status by 2030, but that no country -- including China -- will be a hegemonic power.

Instead, the report says, power will shift to "networks and coalitions in a multipolar world."

The council, which wrote Global Trends 2030, was established in 1979. It supports the U.S. director of National Intelligence and is the intelligence community's center for long-term strategic analysis.

The council's intelligence officers are drawn from government, academia and the private sector.

"The world of 2030 will be radically transformed from our world today," the report concludes. "By 2030, no country -- whether the U.S., China, or any other large country -- will be a hegemonic power."
The report also finds that the empowerment of individuals and a diffusion of power among states -- and from states -- to informal networks will have a "dramatic impact."

This development, the report finds, will largely reverse the historic rise of the West since 1750, "restoring Asia's weight in the global economy and ushering in a new era of 'democratization' at the international and domestic level."

The report further expects the rapid aging of the world population to continue as well as a growing demand on resources, which might lead to scarcities of food and water.

Among its assessment, the report looks at plausible worst-case and best-case scenarios over the next two decades.

In the former category, it sees the risk of interstate conflict increasing and the U.S. "draws inward and globalization stalls."

In the best-case scenario, China and the U.S. collaborate on a range of issues, leading to a broader global cooperation.


Sorry, everyone, but flying cars don't appear in the "Global Trends 2030: Alternative Worlds"report that the director of national intelligence's office made public on Monday.

Instead, the National Intelligence Council paints the picture of a world in which the U.S. is no longer the unquestionably dominant global player; individuals and small groups may carry out devastating cyber or bioterror attacks; oh, and food and water may be running short in some places.

The 160-page report is a great read for anyone in the business of crafting the script for the next James Bond movie, a treasure trove of potential scenarios for international intrigue, not to mention super-villainy. But the council took pains to say that what it foresees is not set in stone. The goal is to provide policymakers with some idea of what the future holds in order to help them steer the right economic and military courses.

"We do not seek to predict the future—which would be an impossible feat—but instead provide a framework for thinking about possible futures and their implications," the report cautioned.

Other ideas the futurists reported: Global population will reach "somewhere close to 8.3 billion people," and food and water may be running scarce in some areas, especially regions like Africa and the Middle East.

"Climate change will worsen the outlook for the availability of these critical resources," the report said. "Climate change analysis suggests that the severity of existing weather patterns will intensify, with wet areas getting wetter, and dry and arid areas becoming more so."We are not necessarily headed into a world of scarcities, but policymakers and their private sector partners will need to be proactive to avoid such a future."

What about America in 2030? The report predicts that the U.S. "most likely will remain 'first among equals' among the other great powers." But "with the rapid rise of other countries, the 'unipolar moment' is over and Pax Americana—the era of American ascendancy in international politics that began in 1945—is fast winding down."

It also suggests that Islamist extremism may be a thing of the past in 2030. But that doesn't mean small groups won't try to wreak havoc.

"With more widespread access to lethal and disruptive technologies, individuals who are experts in such niche areas as cyber systems might sell their services to the highest bidder, including terrorists who would focus less on causing mass casualties and more on creating widespread economic and financial disruptions," said the report.

The report also sees the potential for "black swan" shocks to the system. These include: a severe pandemic; faster-than-forecast climate change; the collapse of the European Union; the collapse of China (or its embrace of democracy); and a reformed Iran that abandons its suspected nuclear weapons program. They also include a conflict using nuclear, chemical, or biological weapons, or a large-scale cyber-attack; solar geomagnetic storms that may knock out satellites and the electric grid; or a sudden retreat of the U.S. from global affairs.

So what about the flying cars, a staple of science fiction? The report is mum on that front, but it does raise the intriguing possibility that "self-driving cars could begin to address the worsening congestion in urban areas, reduce roadway accidents, and improve individuals' productivity (by allowing drivers the freedom to work through their commutes)."

And the cool cats over at Wired magazine's "Danger Room" national security blog have underlined how the report sees the growth of other technologies, including "superhumans" potentially roaming the landscape.

This was a good suggestion that you put up here...dude…..hope that it benefits all the ones who land up here.
Electrical Wholesalers

OK, this is what I have been waiting for. I have paid attention to your blog for a couple of years. I would like to interview you for my program. It is a side project from my main show, Free Talk Live, but it gets quite a few listens. My email is Mark@freetalklive.com.