Thorium Not So Wonderful? 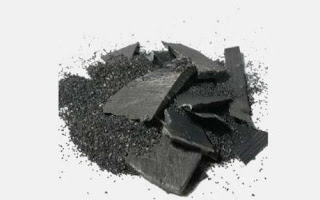 Thorium has attracted a lot of attention for several excellent reasons and the one cited here is a concern and not well understood but otherwise it is a management issue.

The true value of the Thorium reactor is that it can be used to reduce uranium and its daughters into a safe end product while producing power. That one such reduction does lead to an isotope suitable for weapons manufacture is still minor when compared to Uranium itself. That it can be done in a modest lab merely tells us that aggressive enforcement is necessary.

Yet that is a small price to pay in order to make all nuclear waste disappear.

In the end this piece of work is just convenient window dressing for a nuclear industry that has long outrun its raison d'etre.

I am expecting the nuclear industry as we know it to be obsolete very soon. That will stick us with a mountain of radioactive waste that needs to be nicely eliminated. A couple of Thorium Reactors and a few decades will do it quite nicely while producing some grid power to defray the bills.

(NaturalNews) A radioactive element being promoted as a "wonder fuel" by the nuclear power industry is much less benign than it has been presented as being, according to a paper by four nuclear energy specialists published in the journal Nature.


The element in question, thorium, has been portrayed as a potential nuclear fuel source that could not be used to make nuclear weapons.


"We think that the public debate regarding its proliferation-resistance so far has been too one-sided," said lead author Steve Ashley of the University of Cambridge.


"Small-scale chemical reprocessing of irradiated thorium can create an isotope of uranium - uranium-233 - that could be used in nuclear weapons. If nothing else, this raises a serious proliferation concern."


Thorium has been promoted as a uranium alternative for nuclear power generation, in large part because it is three to four times more abundant, and deposits are found in many parts of the world. In addition, many scientists have noted that the most common form, thorium-232, cannot actually be used to produce nuclear fission. To be used for nuclear power, thorium-232 must be bombarded with neutrons until it radioactively decays into uranium-233, also producing the highly dangerous and radioactive isotope uranium-232 i as a result. All of this means, thorium advocates say, that the production of weapons-grade uranium from thorium would require the use of large, high-tech facilities that could be easily monitored by nuclear regulators.

The Nature article does not focus on the environmental and health risks involved in producing radioactive uranium-233 and uranium-232 from thorium. Instead, the authors warn that small quantities of uranium-233 can actually be produced using standard lab equipment, without the knowledge of nuclear regulatory agencies.


"The problem is that the neutron irradiation of thorium-232 could take place in a small facility," Ashley said. "It could happen in a research reactor, of which there are about 500 worldwide, which may make it difficult to monitor."


Based on prior experiments, the authors conclude that it would take only 1.6 metric tons of thorium to produce the eight kg of uranium-233 required to make a nuclear weapon. It would be possible to refine this much uranium-233 "in less than a year," they said.


"The most important thing is to recognize that thorium is not a route to a nuclear future free from proliferation risks, as some people seem to believe," Ashley said.

"We need more debate on the associated risks, if we want a safer nuclear future."