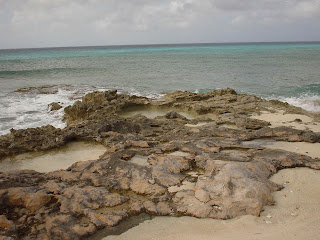 This item by Paul Schroeder tackles the broad rethink that is taking place in the theory of evolution. As ever we keep looking for an externalization rather than explanation.

A logic reality check is in order. An external reality must also self evolve. We are merely demanding that life as we know it be self evolving here on Earth and that is not impossible at all, although it is completely plausible that we got a jump start along the way, but it must not be foundational unless life arose first inside the Sun.

What is the problem is that we have mistaken the library for the reader operant itself. Setting aside the DNA, we must have a self assembling decision maker that creates code it can use. We can almost imagine how it could work. But we do need to look to that model only knowing that it can create DNA in order to preserve instructions.

Quite simply the primordial soup is way more important that the DNA. We can stuff it into a proto bubble, we can place it in proximity to solid crystalline acids to be the hammer and anvil. We can protect it all in ice for however long it may take.

It still has to be sophisticated enough to use replication to construct its home and to duplicate. This is difficult but I will never say it is impossible.

What should be clear by now though is that visible evolution is driven by responses to the environmental opportunity and not the other way around.

God is responsible for the spiritual entities within our bodies, and more likely, aliens are the most likely candidates for the geniuses behind the amazing nanotech DNA which designs our life form physical bodies; there is no argument required.

There are many predominant planets whose entire intelligent life forms are spiritual entities who have no physical DNA required to house such a spirit being.

Our physical world is an anomaly, by virtue of the sheer numbers of many such noncorporeal worlds, bycomparison.

Does human DNA reflect a computer code, an alien nanotech, and thus the not so hidden hidden fingerprint of a "Creator"?

Scientists have found that our genetic code has all of these key elements.

"The coding regions of DNA," expostulates Dr. Stephen Meyer, "have exactly the same relevant properties as a computer code or language" (quoted by Strobel, p. 237, The Case for a Creator, 2004)
Whose mind or what entity could shrink and miniaturize such information and place our DNA's enormous number of 'letters' in their correct sequence as a genetic building block instruction manual?
Could evolution in itself have progressively come up with a nanotech system like this?

It is difficult to fathom, but the quantum of information in our human DNA is roughly comparably equal to 12 sets of The Encyclopedia Britannica-an amazing 384 volumes worth of detailed data that would fill 48 feet long of required library shelves .

Yet in their precise size-only two millionths of a millimeter thick-a teaspoon of DNA, according to molecular biologist Michael Denton, has "all the information needed to build the proteins for all the species of organisms that have ever lived on the earth, and there would still be enough room left for all the information in every book ever written" (Evolution: A Theory in Crisis, 1996, p.

Intelligent Design of our Human DNA

As scientists began to unravel and decode the human DNA molecule, they found something amazingly unexpected-a computer programmer's exquisite 'language' composed of some 3 billion genetic letters.
"One of the most extraordinary discoveries of the twentieth century," says Dr. Stephen Meyer, director of the Center for Science and Culture at the Discovery Institute in Seattle, Wash., "was that DNA actually stores information-the detailed instructions for assembling proteins-in the form of a four-character digital code" (quoted by Lee Strobel, The Case for a Creator, 2004, p. 224).
As George Williams explains it: "The gene is a package of information, not an object. The pattern of base pairs in a DNA molecule specifies the gene. But the DNA molecule is the medium, it's not the message" (quoted by Johnson, p. 70).

Design from an intelligent source

To any discerning mind, this type of nanotech high-level information has been deduced to originate only from a seemingly intelligent source.

As Lee Strobel explains: "The data at the core of life is not disorganized, it's not simply orderly like salt crystals, but it's complex and specific information that can accomplish a bewildering task-the building of biological machines that far outstrip human technological capabilities" (p. 244).

For example, the precise nature of this genetic language is such that the average error that is not caught turns out to be one error per 10 billion letters.

If an error occurs in one of the most important parts of the code, in the genes, it causes diseases such as sickle-cell anemia. Yet even the best and most apt typist in the world couldn't come close to making only one mistake per 10 billion letters-far from it.

Michael Behe, a biochemist and professor at Pennsylvania's Lehigh University, explains that DNA genetic data is primarily an instruction manual.

We therefore have in our human genetic code an huge complex instruction manual that appears to have been eloquently designed by a more highly intelligent source than mere human beings.

The God agnostic and recently deceased Francis Crick, one of the discoverers of DNA, after decades of work deciphering it, admitted that "an honest man, armed with all the knowledge available to us now, could only state that in some sense, the origin of life appears at the moment to be almost a miracle, so many are the conditions which would have had to have been satisfied to get it going" (Life Itself, 1981, p. 88, emphasis added).
Dean Kenyon, a biology professor who repudiated his earlier book on Darwinian evolution-because of discoveries of information found in DNA-states: "This new realm of molecular genetics (is) where we see the most compelling evidence of design on the Earth" (ibid., p. 221).

As well, one of the world's most famous atheists, Professor Antony Flew, admitted that he couldn't explain how DNA was created and developed through evolution. He now sees the demanding need for an intelligent source to have been involved in the making of our human DNA code.

"What I think the DNA material has done is show that intelligence must have been involved in getting these extraordinary diverse elements together," he said (quoted by Richard Ostling, "Leading Atheist Now Believes in God," Associated Press report, Dec. 9, 2004).

" I will praise You, for I am fearfully and wonderfully made . ."

Written some thousands of years ago, King David's words about our constructed human bodies seems most true. He wrote: "For You formed my inward parts, You covered me in my mother's womb. I will praise You, for I am fearfully and wonderfully made . . . My frame was not hidden from You, when I was made in secret, and skillfully wrought. . ."

Where does all this deposit the theory of evolution? Michael Denton, an agnostic scientist, concludes: "Ultimately the Darwinian theory of evolution is no more nor less than the great cosmogenic myth of the twentieth century" (Denton, p. 358).

Thus we are left like a precipitate out of a solution with the astounding Creator notion that every life-form on Earth carries a genetic code for his extraterrestrial cousin and that evolution is hardly what we deduce that it is it .

This discovery shall shake our roots of humanity and confirm or deny our beliefs, both in our concept of a Creator as well as in our own concept of our destiny.

Within this very paradigm, all forms of life farmed throughout the Universe may well be seen as an enormous molecular nanotech creation by a intelligent Creator using amino acid thoughts expressed mathematically.

"Life did not evolve first on Earth, a highly advanced civilization became threatened so they devised a way to pass on their existence.

They genetically-modified their DNA and sent it out from their planet on bacteria or meteorites with the hope that it would collide with another planet.

It did, and that's why we're here.

The DNA molecule is the most efficient information storage system in the entire universe.
The immensity of complex, coded and precisely sequenced information is absolutely staggering. The DNA evidence speaks of intelligent, information-bearing design.

Complex DNA coding would have been necessary for even the hypothetical first ‘so-called' simple cell(s).

Our DNA was encoded with messages from that other civilization.

They programmed the molecules so that when we reached a certain level of intelligence, we would be able to access their information, and they could therefore "teach" us about ourselves, and how to progress.

For life to form by chance is mathematically virtually impossible."