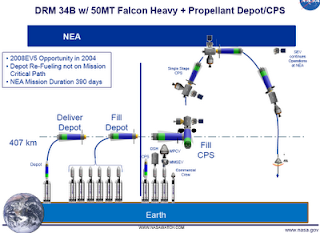 It is not too surprising that NASA got mission specific to support their scale and central role and forgot to mention funding options.  This is how big science and big engineering loses most of its nimbleness.

Today we are suddenly looking at plenty of heavily lift capacity coming on stream and also plenty of government funds from any number of governments to support space industry.  This means that it behooves us to quickly get out of mission specific operations and into multi mission platforms.

Obviously boosting fuel into orbit is a sound first step.  A second obvious step is to send up a tractor craft that stays up there.  Such craft can have the capacity to haul payloads into high orbit and to return to low orbit for fuel and a new payload.

Thus the only thing required for a payload would be to make low orbit and we can almost fly that now.  Certainly the heavy lift capability allows plenty of hardware and fuel to be sent up as cheaply as possible because service needs can be met by the already orbiting fuel and the existing space station.

Expeditions to Mars can use the same strategy of first sending fuel and supplies along long before.  Of course, trips to Moon orbit can easily become routine by also setting up a base and fuel cache first.

It is not a continuous process, but it optimizes our present capability and allows also emerging use of small craft able to reach low orbit.  Once that happens, while not routine, building a proper space station can become routine.

Perhaps we will see the creation of a spherical balloon formed space station able to provide a working environment.  Such a system provides a modest radial acceleration for artificial gravity, a central hub for docking purposes and to support the suspension system providing the habitat inside the sphere.  I envisage this concept plausibly been as large as a mile across able to provide a full g of gravity, but for our needs now, it needs be perhaps a hundred meters across.  There would still be a very effective down able to accommodate construction and living. 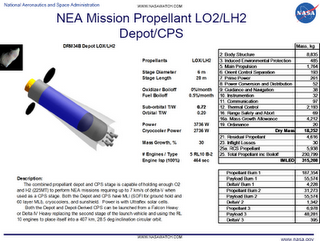 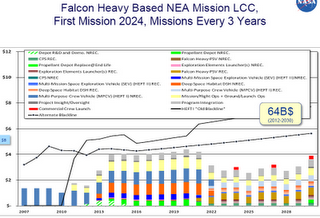 Space Ref - On 26 September 2011, Rep. Dana Rohrabacher (R-CA) issued a press release regarding fuel depots. This included a letter to former Administrator Mike Griffin who had dismissed the notion of fuel depots and commercial launch vehicles as being a viable alternative to the Space Launch System(SLS) during Congressional testimony. 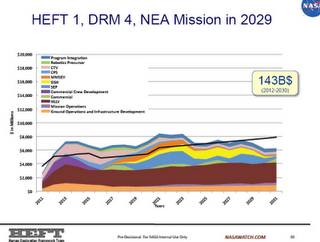 Rohrabacher noted "When NASA proposed on-orbit fuel depots in this Administration's original plan for human space exploration, they said this game-changing technology could make the difference between exploring space and falling short. Then the depots dropped out of the conversation, and NASA has yet to provide any supporting documents explaining the change," says Rohrabacher."


NASA had actually been rather busy studying those very topics. The conclusions that NASA arrived at during these studies are in direct contrast to what the agency had been telling Congress, the media, and anyone else who would listen. 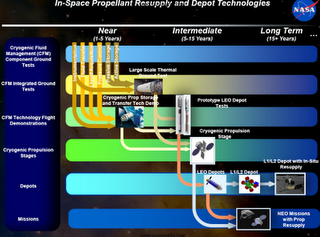 This presentation "Propellant Depot Requirements Study - Status Report - HAT Technical Interchange Meeting - July 21, 2011" (69 pages) is a distilled version of a study buried deep inside of NASA. The study compared and contrasted an SLS/SEP architecture with one based on propellant depots for human lunar and asteroid missions. Not only was the fuel depot mission architecture shown to be less expensive, fitting within expected budgets, it also gets humans beyond low Earth orbit a decade before the SLS architecture could.