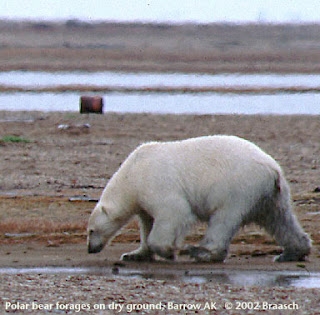 This is reminder just how completely the attempt to link rising CO2 which is very real with a theory that rising global temperatures are somehow linked is discredited.  A decadal 28.5 percent increase in CO2 is met with an apparent decline from the 1998 temperature peak throughout that same decade.  Temperature wise, nothing really changed although conditions are presently warmer than perhaps the period of Medieval Warming.

The point is that the jump in CO2 is massive as compared to the previous increase stretched over a far greater time period.

The Left as so well noted here is still organizing around other doubtful causes that include attacks on and I guess even the Keystone Pipeline.

Just once I would like to see the political left get on side in support of a constructive solution to anything.

http://www.huffingtonpost.ca/conrad-black/global-warming-science_b_1007166.html
A couple of years after the academic and statistical skullduggery of the Intergovernmental Panel on Climate Change (IPCC) and other promoters of the global warming scare, and the shabby attempt at a comeback by the eco-centimillionaire, Nobel laureate and Oscar-winner, Al "Settled Science" Gore, it should be possible to develop a consensus for a less hair-raising (and harebrained) notion of climatic developments.


In the first decade of the new millennium, carbon emissions rose by 28.5 per cent without any discernible change in world temperature. The main ingredient in the carbon emission increase was a 47 per cent jump in coal consumption, the chief source for electricity generation in the largest carbon-footprint country of all, . (This did not deter the Chinese from po-facedly demanding compensation from the advanced countries at the farcical Copenhagen Environment Conference two years ago, as it took the chair of the G-77 of aggrieved developing countries, demanding that the West pay massive Danegeld for the effrontery of their prior economic progress.)

The whole cap-and-trade, tax-and-limit movement has collapsed, just four years after the now thoroughly discredited IPCC announced that "most" of the world's average temperature increase in the last 60 years was "very likely due" to "anthropogenic greenhouse gas emissions." The increase in that time is one centigrade degree, and the evidence of the last decade, which is the period when the connection to such emissions has been sought, debunks the notions that there is any increase and that there is any relationship to human-generated carbon emissions.

The incontestable need for increased energy production has overwhelmed the brief and delusional consensus behind the deranged boondoggle of cardigan-clad builders of windmills and solar panels. (Both business administration and psychiatry faculties of the future will want to know what possessed T. Boone Pickens to bet $1 billion on windmills.)
The effort to turn ecological alarms into another club applied to the public policy cranium of the United States, including by such eminences of the Ecopraetorian Guard as Barack Obama and Tom Friedman, has also collapsed. In the past decade, American carbon emissions have declined by 1.7 per cent, (largely because of a heavy American transition from coal to shale-derived natural gas), while Chinese carbon emissions have risen by 123 per cent. The Chinese will be a good deal less indulgent of the eco-flagellators than the has been. One of the most delicious ironies of this turn of events has been the fact that Europe, despite all its self-regulation and Gadarene charge into the Kyoto environmental fantasy and its obsessive-compulsive fault-finding opposite, supposed American eco-insouciance, have earned substantially larger carbon footprints over the last decade.

The charlatans and zealots who promoted or allowed ecology to become the ultimate broad church gathering together everyone from the bird-watchers and butterfly collectors with their binoculars and nets, to the loopy militants chaining themselves to trees and trying to climb the anchor chains of visiting Navy vessels, should be allowed to subside without a sadistically prolonged stay in the pillory. (The amiable Tom Friedman can retrofit himself to redoubled agitation for the right of every newborn babe to an iPad.)


We can all agree that pollution is bad and must be curbed, that environmental vigilance is essential and must be made more scientifically rigorous, and that more abundant energy is desirable to create jobs and generalize prosperity and not just mindless consumption. The exposure of the IPCC excesses cannot be allowed to mask complacency, profligacy, and humbug.

In the aftermath of the gigantic meltdown of the international left in the 1990s, the environmental movement suddenly became the great shelter for all who wished to assault the triumphant West, including the domestic carriers of what Malcolm Muggeridge described prophetically as "The Great Liberal Death Wish." The pastoral, the faddish, the iconoclasts, all set up a cry like a mad scrum of fox-hunters, cockahoop. As they disperse, we should be on heightened alert against some new reassembly under new and deceptively false colors. The West should drill for oil, convert to natural gas, (including automobiles), and pursue energy efficiency and cleaner air and water in ways that are not neurotic or sociopathic.
Posted by arclein at 12:01 AM

You claim to be a scientist, but your statement about a 10 year decline in temperatures is contrary to how scientists normally interpret data that is subject to wide fluctuations
http://en.wikipedia.org/wiki/File:Global_Temperature_Anomaly_1880-2010_%28Fig.A%29.gif

Perhaps you are just a person with a science degree.

Name calling: and you see a lot of that in this article, the rhetorical technique used by those who have neither facts (see any citations?) nor logic to support their position. If they had either or both, it is likely that they would not have the mental ability to use them. Hence they resort to name calling, like unruly school children.