Fukushima Was Much Worse 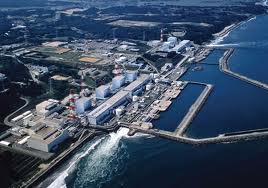 We are now beginning to get more creditable data on this disaster and it is certainly unpleasant.  I suspect that we have lost more land to occupation than has yet been understood.

At the very least, any Nuclear plant with any exposure to excessive flooding needs to implement a crash shut down protocol and have emergency power situated in a tower.  It should not be too expensive to do this and it allows a plant to survive a disaster.

I do not know what possessed the engineers to not factor in a major tsunami risk.  It would have been cheap to build in the obvious safe guards I have just described.  A few hundred feet of cable could have placed the backup power well out of harms way.

In fact back up power should be placed well away from any power installation anyway as you are unable to predict the act of God that will destroy part of a plant. 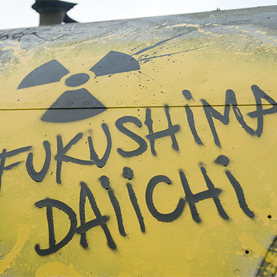 The disaster at the Daiichi nuclear plant in March released far more radiation than the Japanese government has claimed. So concludes a study1 that combines radioactivity data from across the globe to estimate the scale and fate of emissions from the shattered plant.

The study also suggests that, contrary to government claims, pools used to store spent nuclear fuel played a significant part in the release of the long-lived environmental contaminant caesium-137, which could have been prevented by prompt action. The analysis has been posted online for open peer review by the journal Atmospheric Chemistry and Physics.

Andreas Stohl, an atmospheric scientist with the Norwegian Institute for Air Research in Kjeller, who led the research, believes that the analysis is the most comprehensive effort yet to understand how much radiation was released from Daiichi. "It's a very valuable contribution," says Lars-Erik De Geer, an atmospheric modeler with the Swedish Defense Research Agency in , who was not involved with the study.

The reconstruction relies on data from dozens of radiation monitoring stations in and around the world. Many are part of a global network to watch for tests of nuclear weapons that is run by the Comprehensive Nuclear-Test-Ban Treaty Organization in . The scientists added data from independent stations in , and , and then combined those with large European and American caches of global meteorological data.

Stohl cautions that the resulting model is far from perfect. Measurements were scarce in the immediate aftermath of the accident, and some monitoring posts were too contaminated by radioactivity to provide reliable data. More importantly, exactly what happened inside the reactors — a crucial part of understanding what they emitted — remains a mystery that may never be solved. "If you look at the estimates for , you still have a large uncertainty 25 years later," says Stohl.

Nevertheless, the study provides a sweeping view of the accident. "They really took a global view and used all the data available," says De Geer.

Japanese investigators had already developed a detailed timeline of events following the 11 March earthquake that precipitated the disaster. Hours after the quake rocked the six reactors at Daiichi, the tsunami arrived, knocking out crucial diesel back-up generators designed to cool the reactors in an emergency. Within days, the three reactors operating at the time of the accident overheated and released hydrogen gas, leading to massive explosions. Radioactive fuel recently removed from a fourth reactor was being held in a storage pool at the time of the quake, and on 14 March the pool overheated, possibly sparking fires in the building over the next few days.

But accounting for the radiation that came from the plants has proved much harder than reconstructing this chain of events. The latest report from the Japanese government, published in June, says that the plant released 1.5 × 1016 bequerels of caesium-137, an isotope with a 30-year half-life that is responsible for most of the long-term contamination from the plant. A far larger amount of xenon-133, 1.1 × 1019 Bq, was released, according to official government estimates. The new study challenges those numbers. On the basis of its reconstructions, the team claims that the accident released around 1.7 × 1019 Bq of xenon-133, greater than the estimated total radioactive release of 1.4 × 1019  Bq from Chernobyl. The fact that three reactors exploded in the accident accounts for the huge xenon tally, says De Geer.

Xenon-133 does not pose serious health risks because it is not absorbed by the body or the environment. Caesium-137 fallout, however, is a much greater concern because it will linger in the environment for decades. The new model shows that released 3.5 × 1016  Bq caesium-137, roughly twice the official government figure, and half the release from . The higher number is obviously worrying, says De Geer, although ongoing ground surveys are the only way to truly establish the public-health risk.

Stohl believes that the discrepancy between the team's results and those of the Japanese government can be partly explained by the larger data set used. Japanese estimates rely primarily on data from monitoring posts inside Japan3, which never recorded the large quantities of radioactivity that blew out over the Pacific Ocean, and eventually reached North America and Europe. "Taking account of the radiation that has drifted out to the Pacific is essential for getting a real picture of the size and character of the accident," says Tomoya Yamauchi, a radiation physicist at Kobe University who has been measuring radioisotope contamination in soil around Fukushima.

Stohl adds that he is sympathetic to the Japanese teams responsible for the official estimate. "They wanted to get something out quickly," he says. The differences between the two studies may seem large, notes Yukio Hayakawa, a volcanologist at who has also modeled the accident, but uncertainties in the models mean that the estimates are actually quite similar.

The new analysis also claims that the spent fuel being stored in the unit 4 pool emitted copious quantities of caesium-137. Japanese officials have maintained that virtually no radioactivity leaked from the pool. Yet Stohl's model clearly shows that dousing the pool with water caused the plant's caesium-137 emissions to drop markedly (see 'Radiation crisis'). The finding implies that much of the fallout could have been prevented by flooding the pool earlier.

The Japanese authorities continue to maintain that the spent fuel was not a significant source of contamination, because the pool itself did not seem to suffer major damage. "I think the release from unit 4 is not important," says Masamichi Chino, a scientist with the Japanese Atomic Energy Authority in , who helped to develop the Japanese official estimate. But De Geer says the new analysis implicating the fuel pool "looks convincing".

The latest analysis also presents evidence that xenon-133 began to vent from Daiichi immediately after the quake, and before the tsunami swamped the area. This implies that even without the devastating flood, the earthquake alone was sufficient to cause damage at the plant.

The Japanese government's report has already acknowledged that the shaking at Daiichi exceeded the plant's design specifications. Anti-nuclear activists have long been concerned that the government has failed to adequately address geological hazards when licensing nuclear plants (see Nature 448, 392–393; 2007), and the whiff of xenon could prompt a major rethink of reactor safety assessments, says Yamauchi.

The model also shows that the accident could easily have had a much more devastating impact on the people of . In the first days after the accident the wind was blowing out to sea, but on the afternoon of 14 March it turned back towards shore, bringing clouds of radioactive caesium-137 over a huge swathe of the country (see 'Radioisotope reconstruction'). Where precipitation fell, along the country's central mountain ranges and to the northwest of the plant, higher levels of radioactivity were later recorded in the soil; thankfully, the capital and other densely populated areas had dry weather. "There was a period when quite a high concentration went over , but it didn't rain," says Stohl.