How Many People Can Earth Support? 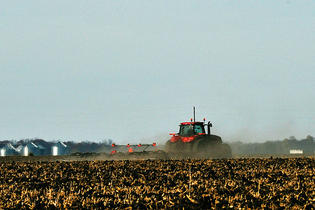 Here we go again.  Once again, it is put out that our population will be unsustainable at 10 billion for all sorts of Malthusian reasons.

Some time ago I went through a number of scenarios and came to the conclusion that we may feel a little crowded when our population reached 100 billion or so.

To make it a little simpler, just three things need to be done differently. First we adopt the biochar protocol allowing tropical agriculture to flourish and for us to manufacture soil anywhere we provide moisture.  Secondly we adopt methods in conjunction with the Eden Machine to water all arid zones throughout the Globe to ensure availability of moisture and to augment natural rainfall.  Thirdly, we have a protocol that allows us to conduct agriculture in the boreal forest.

That takes care of the land and we have not even touched the oceans in order to enhance their productivity.

My point is that every more or less flat piece of land can be made productive.  The output will include animal protein and a wide range of plant products beyond our present experience.

How Many People Can Earth Support?

"The power of population is so superior to the power of the Earth to produce subsistence for man, that premature death must in some shape or other visit the human race."

The late-18th century philosopher Thomas Malthus wrote these ominous words in an essay on what he saw as the dire future of humanity. Humans' unquenchable urge to reproduce, Malthus argued, would ultimately lead us to overpopulate the planet, eat up all its resources and die in a mass famine.

But what is the maximum "power of the Earth to produce subsistence," and when will our numbers push the planet to its limit? More importantly, was Malthus' vision of the future correct?

Many scientists think Earth has a maximum carrying capacity of 9 billion to 10 billion people. [How Do You Count 7 Billion People?]

One such scientist, the eminent sociobiologist Edward O. Wilson, bases his estimate on calculations of the Earth's available resources. As pointed out in his book "The Future of Life" (Knopf, 2002), "The constraints of the biosphere are fixed."

Aside from the limited availability of freshwater, there are indeed constraints on the amount of food that Earth can produce, just as Malthus argued more than 200 years ago. Even in the case of maximum efficiency, in which all the grains grown are dedicated to feeding humans (instead of livestock, which is an inefficient way to convert plant energy into food energy), there's still a limit to how far the available quantities can stretch. "If everyone agreed to become vegetarian, leaving little or nothing for livestock, the present 1.4 billion hectares of arable land (3.5 billion acres) would support about 10 billion people," wrote.

The 3.5 billion acres would produce approximately 2 billion tons of grains annually, he explained. That's enough to feed 10 billion vegetarians, but would only feed 2.5 billion omnivores, because so much vegetation is dedicated to livestock and poultry in the .

So 10 billion people is the uppermost population limit where food is concerned. Because it's extremely unlikely that everyone will agree to stop eating meat, thinks the maximum carrying capacity of the Earth based on food resources will most likely fall short of 10 billion. [When Will Earth Run Out of Food?]

According to population biologist Joel Cohen of Columbia University, other environmental factors that limit the Earth's carrying capacity are the nitrogen cycle, available quantities of phosphorus, and atmospheric carbon concentrations, but there is a great amount of uncertainty in the impact of all of these factors. "In truth, no one knows when or at what level peak population will be reached," Cohen told Life's Little Mysteries.

Fortunately, we may be spared from entering the end-times phase of overpopulation and starvation envisioned by Malthus. According to the United Nations Population Division, the human population will hit 7 billion on or around Oct. 31, and, if its projections are correct, we're en route to a population of 9 billion by 2050, and 10 billion by 2100. However, somewhere on the road between those milestones, scientists think we'll make a U-turn.

UN estimates of global population trends show that families are getting smaller. "Empirical data from 230 countries since 1950 shows that the great majority have fertility declines," said Gerhard Heilig, chief of population estimates and projections section at the UN.

Globally, the fertility rate is falling to the "replacement level" — 2.1 children per woman, the rate at which children replace their parents (and make up for those who die young). If the global fertility rate does indeed reach replacement level by the end of the century, then the human population will stabilize between 9 billion and 10 billion. As far as Earth's capacity is concerned, we'll have gone about as far as we can go, but no farther.

How much water will be needed to irrigate the arid lands? From where will that water come? Is there agricultural technology to replace the oil operated cultivation techniques currently used? From where would the soil amendments come to alter the deserts? What about sulfur, phosphorus, etc?

'LIMITS TO GROWTH ' CROWD WARN 10 BILLION PEOPLE WILL CAUSE WORLD TO COLLAPSE...The number of 100 billion is closer to reality. Right now the entire population of Earth can fit within the Texas borders and each person could have 1/4 acre of land.

As i have posted on before under the Eden machine,a stripped down optimized refrigeration device driven by solar can draw humidity out of the atmosphere and water an adjacent tree. Today it is mostly an exercise in mass manufacturing to meet price points. From there we simply advance across the deserts slowly bringing the manufactured humid air mass with us. Nature will nicely fill in the blanks and firmly set up in all except the most impossible locales.

Everything else is already there provided we use biochar to prevent solution losses.

Texas is just over 171 million acres and the world population is just under 7 billion. The US population (312 million+) could fit with a bit more room.. not the world. Fit in no way means sustain.

When you actually work arid land you realize quickly the amount of humus/ compost needed to balance it for water retention, drainage, loft, reduction of pH, etc. Biochar is lovely, but it is a means to retain nutrients not add them. Many common amendments are from sources that are mined, refined, as well the most common are derived from animals.

Still there is the whole matter of the machinery to farm, unless this is to all come about in small scale plots.

Sorry, I don't mean to be pessimistic, I am just curious about the logistics. I see a lot of barriers.. the least of which is everyone becoming vegetarian.

Terrain not only creates favorable micro-climates, but as well can create natural barriers that can slow disease and pest infestations.

I realize this is just theory, but I also find it interesting that the proposal would essentially mean radical alterations to diet, status quo, ecology, etc. globally, without considerations to resource availability or even population control.

Off of natural resources alone.. what is a sustainable population level? We still haven't found a way to replace oil's impact on how we grow our food.. unless I missed something in the works?

The whole story is water of course. The Eden Machine effectively solves that problem. After that it is about manpower and his augmentation. That we have and it is about to become plentiful without the historic environmental costs even if we have to use geothermal.
Biochar preserves soluable nutrients and actually ends the need for chemical fertilizers rather quickly.