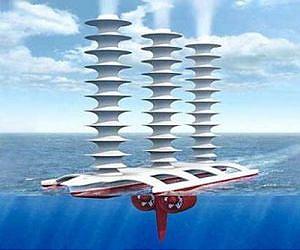 This really comes under the one road too far.  A simple test using hardware would absorb the Earth’s GDP for decades and then be likely controversial.

Much more practical is my objective of terraforming the deserts into woodland and related ecologies.  This at least can shift heat on perhaps thirty percent of the land and would certainly affect climate hugely and most likely for the best.

In short, practical geoengineering will be about using agriculture and modest technical assists to reclaim arable lands world wide.

In the meantime we get to hear about massive technology fixes.

Testing geoengineering as a solution to climate change

Solar radiation management is a class of theoretical concepts for manipulating the climate in order to reduce the risks of global warming caused by greenhouse gasses. But its potential effectiveness and risks are uncertain, and it is unclear whether tests could help narrow these uncertainties.

A team composed of Caltech's Doug MacMynowski, Carnegie's Ken Caldeira and Ho-Jeong Shin, and Harvard's David Keith used modeling to determine the type of testing that might be effective in the future. Their work has been published online by Energy and Environmental Science.

Ideas for solar radiation management include increasing the amount of aerosols in the stratosphere, which could scatter incoming solar heat away from Earth'ssurface, or creating low-altitude marine clouds to reflect these same rays. Clearly the size of the scale and the intricacies of the many atmospheric and climate processes make testing these ideas difficult.

"While it is clearly premature to consider testing solar radiation management at a scale large enough to measure the climate response, it is not premature to understand what we can learn from such tests," said Doug MacMynowski of the California Institute of Technology, who led the research.

"But we did not address other important questions such as the necessary testing technology and the social and political implications of such tests."

Using models the team was able to demonstrate that smaller-scale tests of solar radiation management could help inform decisions about larger scale deployments. Short-term tests would be particularly effective at understanding the effects of geoengineering on fast-acting climate dynamics.

But testing would require several decades and, even then, would need to be extrapolated out to the centuries-long time scales relevant to studying climate change.

Some scientists have theorized that volcanic eruptions could stand in for tests, as they would cause same types of atmospheric changes as aerosols. But they wouldn't be as effective as a sustained test.

"No test can tell us everything we might want to know, but tests could tell us some things we would like to know," Caldeira said.

He added: "We conducted a scientific investigation into what might be learned by testing these proposals. We are not advocating that such tests should actually be undertaken,"

NCEP Reanalysis data for this study was provided by NOAA/OAR/ESRL PSD, Boulder, from their website.