Robotic Strawberry Picking on the Wy 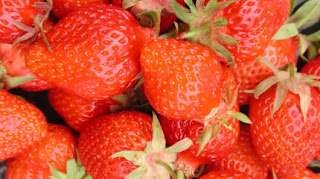 Let us make this simple.  No one wants the job of picking small fruit, and there is always plenty of other work available on a farm.  What you are doing is making small fruit more readily available to consumers in a form that is edible.  We will also hardly stop with strawberries.

There are plenty of wild fruits presently not been domesticated because human picking is necessary.  Small fruit is hard put to yield ten pounds per hour.  That means half its wholesale production cost is easily the picking.

Thus this is very important.  I presume the technology is flexible enough to sort out a whole range of fruit.

Robotic strawberry pickers could be on the way

Now that we're moving towards automated orange-sorting and autonomous tractors, what might be the next step in replacing human agricultural workers with machines? Well, how about robotic strawberry pickers? That's what scientists from the 's National Physical Laboratory (NPL) say could be on the way, thanks to a system that is able to identify ripe strawberries in the field.

Work first began on the system in 2009, at which time is was being developed for use with cauliflowers. Although it was reportedly successful, a drop-off in demand for the vegetables caused the project to stall. It has since been revived, for use with other crops. Strawberries are particularly well-suited to the technology, as their high water content and dry leaves make them easier for the system to image, and the time-consuming process of picking them by hand could be greatly reduced through automation.

The system is able to non-invasively "see" beneath the surface of strawberries using four parts of the electromagnetic spectrum, namely radio frequencies, microwaves, terahertz radiation and far-infrared light. Both the hardware and software involved are reportedly able to detect which berries are ripe enough for picking, and are able to do so for a relatively low cost.

Although robotic strawberry-picking machines would undoubtedly put some field workers out of a job, the NPL scientists say that they would also boost efficiency and reduce waste, as under-ripe berries wouldn't be picked and then discarded. The technology could possibly also be used for sorting municipal waste.