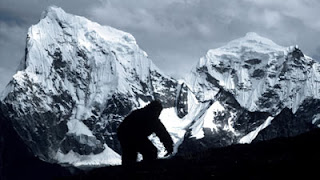 Folks are starting to become braver in their pronouncements on the existence of large bipedal primates in the wilds of temperate North America and .  Here again we have more reports of hair and footprints and the like.

More importantly, the technology available now is beginning to be deployed and actual image capture is now inevitable during the next several years.  Such images will bring in the professional trackers and the budgets needed to actually capture specimens.

I remind my readers that we have approaching 10,000 individual first class reports describing the Sasquatch in in every State and Province.  Were the creature a cougar, there would be no dispute whatsoever regarding any one of those reports.

As more data comes in globally, it is also clear that a number of different sub species of bipedal primates exist including the yeti.  Other information suggests that they actually may live in small troops like gorillas and that we spot roving members on reconnaissance.  Other information has also picked up couples with child also.

Once an original discovery is properly achieved and documented, the flood gates will open as it then becomes legitimate research.  With ample resources and ample boots in the woods, it will be relatively easy to come up with plenty of additional data.  The main trick is to place cameras to capture nocturnal traffic.

There are also several less common nocturnal creatures out there awaiting discovery that may also be identified.  However, the Sasquatch is the big one and also the most populous.

claims to find evidence of yeti

Officials in say they have found "indisputable proof" of the existence of yetis.

Local government officials in said footprints and possibly even hair samples belonging to the yeti - or abominable snowman - had been found on a research trip.

"During the expedition to the Azasskaya cave, conference participants gathered indisputable proof that the Shoria mountains are inhabited by the Snow Man," the region administration said.

The expedition was organised after 's governor invited researchers from the , , and other countries to share their research and stories of encounters with the creature at a conference.

"They found his footprints, his supposed bed, and various markers with which the yeti marks his territory," the statement said. The 'evidence' will be analysed in a special laboratory, it continued.

region's Shoria is a sparsely populated territory in that has historically been a territory of coal and metal mining.

The region, the administrative centre of Kuznetsk coal basin, has pursued the elusive yeti for several years as it tries to develop tourism into its mostly industrial economy.
Posted by arclein at 12:01 AM