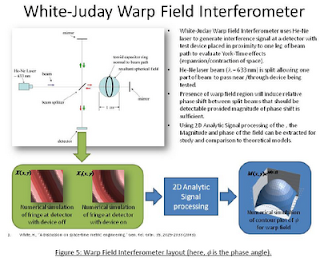 It is nice to see continuing work on the theoretical concept of a warp drive, although none of it is convincing.

I am more optimistic with the idea of popping open a worm hole that is then expanded to effect practical transit.  That at least is allowed by our knowledge of a space time manifold.  It could also be rigged up to avoid unnecessary transfers of unwanted energy.

The real problem is to produce one and then transport one end of it somewhere else.  That also will take a great deal of time unless it has already been done by someone else.

After all that all other propositions border on mysticism rather than convincing theory.  I presently include warp drives there, although an extendable worm hole cannot be ruled out I suppose. 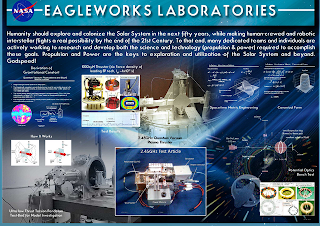 This paper will begin with a short review of the Alcubierre warp drive metric and describes how the phenomenon might work based on the original paper. The canonical form of the metric was developed and published in which provided key insight into the field potential and boost for the field which remedied a critical paradox in the original Alcubierre concept of operations. A modified concept of operations based on the canonical form of the metric that remedies the paradox is presented and discussed. The idea of a warp drive in higher dimensional space-time (manifold) will then be briefly considered by comparing the null-like geodesics of the Alcubierre metric to the Chung-Freese metric to illustrate the mathematical role of hyperspace coordinates. The net effect of using a warp drive “technology” coupled with conventional propulsion systems on an exploration mission will be discussed using the nomenclature of early mission planning. Finally, an overview of the warp field interferometer test bed being implemented in the Advanced Propulsion Physics Laboratory: Eagleworks (APPL:E) at the will be detailed. While warp field mechanics has not had a “ Pile” moment, the tools necessary to detect a modest instance of the phenomenon are near at hand.

A good question to ask at the end of this discussion is can an experiment be designed to generate and measure a very modest instantiation of a warp field? As briefly discussed by the author in, a Michelson-Morley interferometer may be a useful tool for the detection of such a phenomenon. The photo above depicts a warp field interferometer experiment that uses a 633nm He-Ne laser to evaluate the effects of Time perturbations within a small (~1cm) spherical region. Across 1cm, the experimental rig should be able to measure space perturbations down to ~1 part in 10,000,000. As previously discussed, the canonical form of the metric suggests that boost may be the driving phenomenon in the process of physically establishing the phenomenon in a lab. Further, the energy density character over a number of shell thicknesses suggests that a toroidal donut of boost can establish the spherical region. Based on the expected sensitivity of the rig, a 1cm diameter toroidal test article (something as simple as a very highvoltage capacitor ring) with a boost on the order of 1.0000001 is necessary to generate an effect that can be effectively detected by the apparatus. The intensity and spatial distribution of the phenomenon can be quantified using 2D analytic signal techniques comparing the detected interferometer fringe plot with the test device off with the detected plot with the device energized. Figure 5 also has a numerical example of what the before and after fringe plots may look like with the presence of a spherical disturbance of the strength just discussed. While this would be a very modest instantiation of the phenomenon, it would likely be pile moment for this area of research. 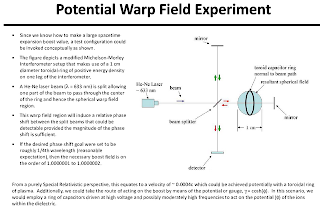 In this paper, the mathematical characteristics of the Alcubierre metric were introduced and discussed, the canonical form was presented and explored, and the idea of a warp drive was even considered within a higher dimensional manifold. The driving phenomenon was conjectured to be the boost field as opposed to purely the Time which resolved the asymmetry/symmetry paradox. An early idea of a warp drive was briefly discussed within the context of mission planning to elucidate the impact such a subsystem would have on the mission trade space. Finally, a laboratory experiment that might produce a modest instantiation of the phenomenon was discussed. While it would appear that the model has nearly all the desirable mathematical characteristics of a true interstellar space drive, the metric has one less appealing characteristic – it violates all three energy conditions (strong, weak, and dominant) because of the need for negative energy density. This does not necessarily preclude the idea as the cosmos is continually experiencing inflation as evidenced by observation, but the salient question is can the idea be engineered to a point that it proves useful for exploration. A significant finding from this effort new to the literature is that for a target velocity and spacecraft size, the peak energy density requirement can be greatly reduced by allowing the wall thickness of the warp bubble to increase. Analysis performed in support of generating the plots also indicate a corresponding reduction in total energy when converted from geometric units (G=c=1) to SI units, but still show that the idea will not be an easy task. So it remains to be seen if the evolution of the phrase penned by J. M. Barrie in the story Peter Pan will ever be uttered on the bridge of some majestic starship just embarking on a daring mission of deep space exploration taking humanity beyond the bounds of this solar system and boldly going out into the stars: “2nd star to the right, straight on till morning…”
Posted by arclein at 12:01 AM