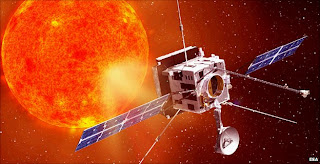 This is another initiative to gather data from the sun and it will be the closest visit yet.

We also know that in the next two to three years, that the cost of lift will be dropping dramatically and this is now opening the door to an exponential expansion of exploration work and an equal expansion of participants.  It will no longer be mostly governments out there trying their hand.

Also engineering has become increasingly fool proof and we are seeing far less incidents of failure.

My guess is that we will soon see a lot of devices landing on the moon to properly evaluate what is actually there.  The availability of water and of usable fuel in the form of He3 makes it far and away the easiest target available to us.  It can actually be supported realistically from Earth which is certainly not a present option for Mars.

Just returning loads of He3 as reactor fuel could easily defray the costs of a large installation on the Moon.

The present reality is that Space investment has been steadily gathering momentum. 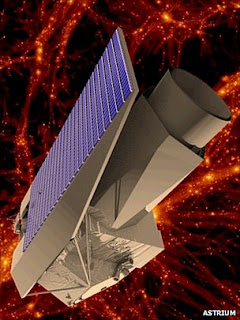 is to lead the most ambitious space mission ever undertaken to study the behaviour of the Sun.

Known as Solar Orbiter, the probe will have to operate a mere 42 million km from our star - closer than any spacecraft to date.

Solar Orbiter is expected to launch in 2017 and will cost close to a billion euros.

Nasa (the space agency) will participate, providing two instruments for the probe and the rocket to send it on its way.

The Esa delegates, who were meeting in , also selected a mission to investigate two of the great mysteries of modern cosmology - dark matter and dark energy.

Scientists are convinced that these phenomena dominate and shape the Universe but their nature has so far eluded any satisfactory explanation. The discovery in the late 1990s of dark energy and its influence on cosmic expansion was recognised with a Nobel Prize earlier in the day for three scientists.

The telescope will map the distribution of galaxies to try to get some fresh insight on these dark puzzles.

Like Solar Orbiter, 's cost will be close to a billion euros. However, the mission still needs to clear some legal hurdles and formal adoption is not expected until next year. A launch could occur in 2019.

"They are both exciting missions, and it was really good to hear today that the physics Nobel Prize was awarded to research on the accelerating Universe, which is of course linked to Euclid," said Alvaro Gimenez, Esa's director of science.

"And I'm really looking forward to Solar Orbiter, which will become the reference for solar physics in the years to come," he told BBC News.

The two missions have emerged from Esa's Cosmic Vision exercise, which is planning missions up to 2025.

They were selected after four years of debate and definition involving researchers and engineers from across .

The pair had to argue their case in direct competition with other compelling mission ideas, including at the final stage of selection a proposal for a planet-hunting telescope called Plato.

Esa itself will be investing about 500-600m euros in each venture, with individual member states paying for the instruments that will be carried on the spacecraft. National governments will also fund their own scientists to process and interpret the data returned by the missions.

Solar Orbiter was always regarded as something of a favourite in the race. The concept had been in development since the 1990s, and so the technologies it requires were perhaps better understood than many of its rivals.

Its mission will certainly be challenging as it attempts to acquire measurements of the energetic particles and magnetic fields found close by our star.

The spacecraft will provide remarkable views of the Sun's polar regions and farside. Its elliptical orbit will be tuned such that it can follow the star's rotation, enabling it to observe one specific area for much longer than is currently possible.

Throughout, Solar Orbiter will be staring into the "furnace". The main workings of the spacecraft will have to hide behind a shield to protect it against temperatures higher than 500 degrees; its instruments will need to peek through small slots.

"Solar Orbiter is not so much about taking high-resolution pictures of the Sun, although we'll get those; it's about getting close and joining up what happens on the Sun with what happens in space," explained Tim Horbury from Imperial College London and one of Solar Orbiter's lead scientists.

"The solar wind and coronal mass ejections - these big releases of material coming off the Sun; we don't know precisely where they're coming from, and precisely how they're generated. Solar Orbiter can help us understand that."

Tuesday's meeting of Esa's Science Policy Committee sanctioned a memorandum of understanding (MOU) with Nasa for its contributions to Solar Orbiter. Delegates also approved a multilateral agreement (MLA) with the national agencies in that will be providing the payload instruments.

will map the spread of galaxies and clusters of galaxies over 10 billion years of cosmic history.

Its optical and infrared detectors will look deep into space to see how the light from far-distant galaxies has been subtly distorted by intervening unseen, or dark, matter.

It will also map the three-dimensional distribution of galaxies. The patterns in the great voids that exist between these galaxies can be used as a kind of "yardstick" to probe the expansion of the cosmos through time - an expansion which appears to be accelerating as a consequence of some unknown property of space itself referred to by scientists as dark energy.

Galaxies, for example, should fly apart; some other mass must be there holding them together

At the greatest distances, as the Nobel laureates found, the Universe's expansion is accelerating

Thus we have also "dark energy" which acts to drive the expansion, in opposition to gravity

The current theory holds that 70% of the Universe is dark energy, 25% is dark matter, and just 5% the kind of matter we know well

" will give us an insight into how structures in the Universe are growing and whether they are growing at the rate we expect from General Relativity (our theory of gravity on large scales)," said Bob Nichol, a scientist from .
"But aside from all that, should also deliver a picture of the Universe that has Hubble clarity over the whole sky. will detect billions of objects and they will all be there for us to go look at. And when we look back 50 years from now, that could be the one thing about Euclid we all say was worth it - a tremendous legacy for our children," he told BBC News.

is currently a mission that plans to undertake on its own.

It may not remain that way for long, however.

The Americans are desperate to run a similar mission they call WFirst (Wide-Field Infrared Survey Telescope). But budget pressures mean this spacecraft is unlikely to be built until after Euclid has flown, giving Europe a clear lead in one of the most important fields of modern astrophysics.

Esa has in the past offered Nasa the opportunity to take a 20% partnership in .

"The door is always open to the Americans, and we are ready to co-operate with them if they come with a reasonable proposal," said Dr Gimenez.

Co-operation with Nasa on would require another MOU.

just ab � w & 0�c c t in line as worst enemies are the Arab confrontation states, quiescent now that they are engaged in their “Arab Spring,” but ever ready to scapegoat and demonize ; and, were there ever to be even a reasonable hope of victory,  to attack with all the vigor they could muster.

Then comes Turkey, once a sotto voce ally of Israel; but since the ascent of its Islamist government led by Prime Minister Recep Tayyip Erdogan, a development which you seem not to have noticed, given your assertion that Turkey is “…Israel’s most important friend in the region” (but don’t feel too bad, our own Secretary of Defense, Leon Panetta seems also not to have noticed), it hasofficially declared war on Israel by announcing that it will send Turkish warships into Israel’s coastal waters to support flotillas of wannabe blockade-busters heading for the Gaza Strip.

The tragic and bitter reality is that the so-called Palestinian national movement is the only one of its kind in the entire world and across all of world history whose only operative paradigm is terrorism, and whose unique and unrepentant goal is the destruction of a sovereign state and the genocide of its Jews.  If these terrorists would lay down their weapons, there would be no more violence.  If would lay down her weapons, there would be no more .