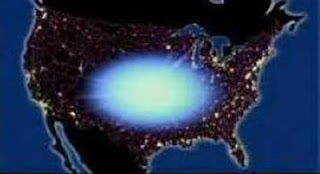 The good news is that we are seeing progress, albeit slow progress toward establishing mandatory protective measures for the grid from an EMP event.  Such an event is a low probability threat and it appears likely that the steps been implemented, however slow will go a long may toward protecting us.

And yes, I would like everyone to be much more serious about this.  Surely taught us some thing?  Low probability events become certainties if you insist in hanging your backside out the window.

A solar EMP event appears to be a once every century or so event.  We think the last one took place before any electrical hardware was around to react to it.  For that reason alone, all grid hardware needs to be made survivable.  If that survives, then the rest of the recovery will consist of replacing fried equipment starting with cell phones.  This is still messy but quite doable.

Even better, perhaps we can mandate most electronics to be made bullet proof.  It means a faraday cage design concept and plenty of breaker fuses to intercept surges.  Yet this does not seem too tricky and is well within our ability.  The cost is likely to be negligible once design gets clever.

A simple fuse would protect any transformer which is the most vulnerable part.  It would take a way more powerful pulse to damage circuits themselves.

In any event, exercises are now been carried out and preparation has finally gotten into the agenda and we can now reasonably expect this to be very common.  After all it is not just about rogues like and but about Mother Nature and we can protect ourselves.

An EMP Attack on ?

For most of this week, the Department of Energy and the states of and will be holding emergency response exercises to determine their readiness in the event of a major failure of the national electric power grid.

The scenarios to be tested vary from a low-level event that would take out a handful of the transformers that control the grid that conceivably could be repaired within a matter of days, to a “worst case” scenario to simulate a total take-down of the grid, an event many experts believe could take four to six years to recover from.

William Forschen, in his novel “The Minute After,” helps us to imagine what would be like after a major EMP event. Survivalists have even invented a new acronym to describe it: TEOTWAWKI – The End of the World As We Know It.

No cell phones, no personal or business computers. No gas stations, no natural gas or water service. Cold storage, down; food processing plants, off-line. No trucking, no railroads, no airplanes, no ATMs, no inter-bank transfers. Americans would revert to eating whatever food they could hunt, fish or forage within walking distance of their homes. City-dwellers would flee en masse, or face starvation.

Some experts point to the partial meltdowns at the nuclear power reactors in after a tsunami took down the power grid in March as an example of what could happen here.

Even though the Japanese had help from the US and others that enabled them to bring on line backup generators, spent fuel rods in the cooling ponds of several reactors melted down, narrowly averting a major nuclear disaster. Without that outside help, a collapse of cooling power at US nuclear power plants could cause stored nuclear fuel rods sitting in cooling ponds to melt down, irradiating vast swathes of the country, Dr. Cynthia Ayers, a former National Security Agency analyst, told me recently.

Such an event is so catastrophic in nature you would think the federal and state governments had planned for how to handle it long ago. Think again.

We are woefully unprepared, even though solutions are cheap and near at hand. This is why Rep. Trent Franks (R-AZ) and several colleagues have proposed legislation known as the SHIELD Act (H.R. 668) that would promulgate standards necessary to protect the grid and require the utilities to install hardware solutions to protect the main components of the grid.

There are two main sources of electromagnetic pulse (EMP) that potentially could take down the national electric grid: a major geomagnetic event such as the “solar maximum” flare expected to occur next year, or an attack by a hostile power using a “super-EMP” weapon detonated at high altitude over the US mainland.

The military discovered the EMP effect in 1962 during the Starfish Prime nuclear explosion in the atmosphere over the Pacific.

Within instants, the lights went out 900 miles away in , without any visible signs of an attack. The military designated a young Air Force 2nd Lieutenant named William Graham to investigate. He determined that EMP was a bi-product of a nuclear blast, and that it had the effect of frying everything made of silicon hundreds – and possibly thousands – of miles away from the place of the blast.

Flash forward to 2001. Congress established an EMP commission to assess the vulnerability of the to an EMP attack or a massive solar flare. And they picked William Graham – now a distinguished scientist, who had served asPresident Reagan’s science adviser in the White House – to chair it.

The EMP commission issued a public report in 2004 that ought to be required reading for every American. They determined that a single EMP warhead exploded over the center of the could bring down the power grid all across the country. A major geomagnetic event could have a similar impact.

Dr. Graham warned in public testimony that a major EMP event would take us back to a pre-industrial age, when the population was just a fraction of what it is today.

EMPact America, an advocacy group run by Dr. Graham’s staff director on the EMP Commission, former CIA strategic weapons analyst Dr. Peter Vincent Pry, will be involved in most of this week’s exercises.

“These are one-time costs for equipment that bolts down, plugs in, and immediately works to protect against all forms of electromagnetic storms and nuclear EMP effects as well,” Huessy said.

He called it an “insurance policy” that amounted to a one-time payment of just over $3 per person for every American. As yet, until now the utilities, Congress, and the Obama administration have balked at making these improvements.

Contrary to most of , and have understood that the power grid is extremely vulnerable to attack by an EMP weapon, and have tasked their scientists and military planners to study the strategic impact of an EMP event.

North Korea appears to have successfully tested a “Super-EMP” weapon during its 2006 and 2009 nuclear weapons tests, while Iran has tested ballistic missiles in an EMP mode – that is, detonating them at high altitude, not in a ballistic trajectory – and deemed those tests a success.

Many experts believe the weapons programs of these two countries have been developed as joint ventures, since Iranian scientists traveled to North Korea to assist in North Korea’s 2006 and 2009 nuclear weapons test campaigns, and North Korean scientists regularly travel to Iran to take part in Iran’s missile tests.

Is an EMP attack on far-fetched? It’s hard to say. But an without power would essentially revert to the early 1800s, when a pre-industrial was able to sustain a population of fewer than 100 million souls. Such a catastrophe would give flesh to Iranian President Mahmoud Ahmadinejad’s dream that a “world without is conceivable.”

Similar damage to the national power grid also could be brought about by a geomagnetic solar storm. President Obama’s science advisor, John Holdren, warned in a March 10, 2011 oped co-authored with his British counterpart that such a solar maximum event could occur at the peak of the current solar cycle in the next 12-18 months, with catastrophic effects.

“Space weather can affect human safety and economies anywhere on our vast wired planet, and blasts of electrically-charged gas traveling from the Sun at up to five million miles an hour can strike with little warning,” Holdren wrote. “Their impact could be big — on the order of $2 trillion during the first year in the alone, with a recovery period of 4 to 10 years.”

Holdren and his British colleague, John Beddington, claimed there was “commitment on both sides of the ” to rapidly implement the technology fixes needed to shield the electric grid from such an event.

And yet, two congressional hearings earlier this year devoted to protecting the grid focused almost exclusively on the dangers of a cyber attack, not the dangers of solar flares or a nuclear EMP attack.

Many members of Congress may consider cyber-warfare to be “sexier” than the messy business of trying to evaluate the intentions of and , or trying to chart solar activity.

Besides, a cyber warfare bill will pour oceans of money into an endless software race between ever evolving computer viruses, worms and Trojan horses, and cyber-antidotes. Great fortunes will be made, and careers advanced. Who knows how many Solyndras will make out like bandits on the taxpayers’ dime. Cyber warfare is a lobbyist’s dream.

The SHIELD Act requires US utilities to harden large transformers and other key elements of the nation’s power. It calls on the federal government to establish protection standards and hardware solutions in concert with industry, and includes a provision for cost recovery should industry incur substantial costs.

Rather than creating more government, as the cyber-warfare programs would do, the SHIELD Act relies on a public-private partnership – and no taxpayer dollars – to achieve its goals of protecting American’s power backbone.

The EMP Commission and the Strategic Posture Commission have warned in detailed reports of the catastrophic destruction an EMP attack or similar solar event would have on the American way of life. Similar reports have been issued by the administration’s own Department of Energy, and by the Federal Energy Regulatory Commission (FERC).

Congress needs to get real and pass the SHIELD Act now, as if our lives depended on it.
Because they do.