DNA Analysis Sped up to Minutes. 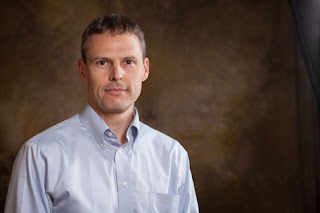 Curiously we are using gold nanoparticles to assist in the process.  What this tells us is that DNA analysis is on the way to been everyday desk top work and it will done every which way assuring a flood of data and experience among an army of users.

This will surely resolve huge numbers of biological questions to our ultimate benefit.  DNA work has barely scratched the surface of the biological world. Now it will be attacked the same way it was attacked two centuries ago with the advent of the microscope.  Even bad data then inspires more eye balls and a swift improvement on the data.

In the meantime gen genome sequencing is also getting into its stride as the low hanging fruit is been picked off.

, – A researcher has patented a process that reduces the time it takes to perform DNA analysis from hours to minutes. This development could contribute to many areas of health care and law enforcement, including diagnosing and treating disease, developing and testing new vaccines and forensic identification.

Donald K. Roper, associate professor of chemical engineering, explained that the ultimate goal of his research is to develop a credit-card-sized device to be used in a doctor’s office or at a crime scene to quickly analyze samples of DNA. “That’s the power of being able to do this on a really tiny scale,” he said.

To analyze DNA, scientists must often make a tiny sample large enough to work with. To do this, they use a process called polymerase chain reaction, or PCR. Roper, who holds the Charles W. Oxford Endowed Professorship in Emerging Technologies, has invented a way to perform this reaction thousands of times faster than traditional methods.

Roper’s process, which he developed while working at the , uses gold nanoparticles to increase the efficiency of the chain reaction. During the reaction, strands of DNA are heated and cooled in cycles. When the samples are heated, the two strands of a DNA double helix come apart, and when the temperature is lowered, an enzyme called polymerase zips each strand to other, complementary strands, forming two new DNA helixes. These copies are then heated and cooled again, doubling each time until the desired amount of DNA has been produced.

Roper’s method reduces the time involved in these cycles from minutes to milliseconds, which means that a DNA sample could be analyzed within minutes rather than hours. By associating the DNA and enzyme with a gold nanoparticle and then exciting the nanoparticle with a light source or laser beam, Roper can target temperature changes to the area immediately around the DNA. This allows researchers to raise or lower the temperature more quickly. In addition, the process can be used to analyze the DNA during the reaction.

“We can use the laser light and the gold nanoparticles to do both the amplification and the analysis simultaneously,” explained Roper. “The electromagnetic field around the nanoparticle is strong enough that it can sense whether or not the strand that we’re interested in is there. The laser induces the field and then a detector assays the difference in the field.”

Roper’s research has implications for many scientific fields. “Genomics underscores everything of interest to biology: gene sequencing, disease diagnostics, pharmaceutical development and genetic analysis,” he explained. “DNA is the basis of inheritance for the cell, and the degree of transcription of the DNA determines how a cell will function.

This is a tool that examines these processes.”