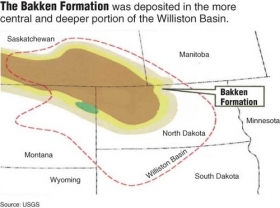 The really good news is that offshore oil is taking the whole brunt of this monumental shift in North American oil flows.

A two million barrel decline in consumption is the present story that we cannot expect to hold once the economy starts to fully recover.  Yet we have also had a million and a half  barrel increases in internal Canadian and production that has displaced a like amount of offshore oil.

In fact we have experienced a huge swing in the importation of offshore oil.  What is more, even a rebounding economy is likely to now be met by rapidly climbing production in and the .  Otherwise we are leaving the import business at the rate of one to two million barrels per year.

What this really means is that inside of five years, can be self sufficient in oil production.

Now I understand why OPEC is acting a little desperate.  The handwriting is really on the wall.  Of course they still have and and the EU to hustle.  They deserve each other.

I never dreamt that peak oil would be driven by the leaving the oil market.  Demand is actually soon to collapse anyway as the energy system changes over to electric cars.

NPR had a claim - two years ago, America was importing about two thirds of its oil. Today, according to the Energy Information Administration, it imports less than half.


Oil Production has increased and will continue to increase in the .

AI do a job I really, really love and I kind of have fun with. People think you can't be grown up unless you're moaning about your job. modern day slavery for a job
Job oppurnity for nigerian peopole as well as international people, submit Rig Job Vacancies Offshore oppurnity