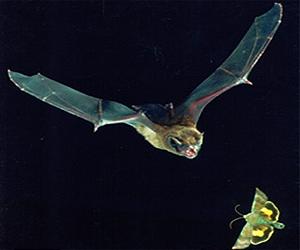 Unlike bees, we do not practice bat husbandry.  I have long proposed such be undertaken, and with the collapse of the native bat populations it is plausibly a necessity.  It may need to be with European bats.

Building a bat house is no big trick and any farmer with common sense can do this.  One needs to be concerned about temperatures in winter and summer and ventilation. Most important is to have the capacity to harvest the guano.

The benefits have always been obvious starting with insect suppression, particularly around other animal husbandry where flies and horseflies are a particular nuisance.  Once a colony is established, a steady supply of guano is assured and can be worked into mulches and soils as desired.

I would be inclined to set them adjacent to buildings out of the way but able to connect a light bulb in the winter to take some of the chill out of the roosting area.  None of this is difficult to rig up.

If the result of this die off is a formal bat husbandry, then some good may come out of this.  We should have done this a long time ago.

The disease that has ravaged bat populations across since 2006 is caused by a fungus, scientists confirmed in a study published Thursday.

Since the first known outbreak in a colony of bats in upstate , white-nose syndrome (WNS) -- named after the discoloration on infected animals' snouts -- has spread 2,000 kilometres (1,200 miles) across the and into , killing at least a million of the winged mammals.

WNS wipes out up to 97 percent of winter colonies of species that hibernate, including little brown bats, northern long-eared bats and the endangered Indiana bat, according to the Geological Survey (USGC).

Some scientists suspected that the culprit behind the disease was a fungus called Geomyces destructans.

But skeptics noted that bats in have been colonised by the same fungus without any increase in deaths and argued that WNS was caused by some other agent.

In the first, they exposed 29 healthy, hibernating little brown bats to G. destructans samples that had been harvested from a pure culture.

All the bats tested positive for the fungus by the end of the 102-day experiment, whereas those in a non-infected control group remained healthy.

Among the bats that died, all had lesions consistent with white-nose syndrome.

In a second experiment, healthy bats were housed together with hibernating bats naturally infected with the fungus, a situation that arises in nature and could account for its rapid spread.

Nearly 90 percent of the non-infected group developed WNS symptoms within the 102-day period, "demonstrating for the first time that WNS is transmissible," the researchers said.

Finally, to see if the disease can be spread through the air without physical contact, the scientists placed healthy and infected bats in separate but nearby meshed cages.

After 102 days, none of the animals exposed to possible airborne fungi from bats with WNS showed any signs of infection..

"Fungal pathogens have the unique capacity to drive host populations to extinction because of their ability to survive in host-free environments," the researchers said.

"Given the high mortality rate and speed at which WNS has spread, the disease has the potential to decimate North American bat populations and cause species extinctions similar to those documented for amphibians."

The researchers speculated that European bats had developed immunity to the fungus, which is why their populations have not been affected by it.

Bats are in important natural pesticide worth at least 3.7 billion dollars per year to farmers, a recent study calculated.

When you see Chemtrails filling the skies and you hear of terrible weather hitting someplace, then just think about what is being dumped that could cause this fungus to be something that could be killing off the bats. First it was the bees, bird and fish die offs and now the bats. Controlling the worlds population by causing harmful insects that the bats would normally eat is something to consider that those devils doing the Chemtrailing would use to further along their evil agenda.