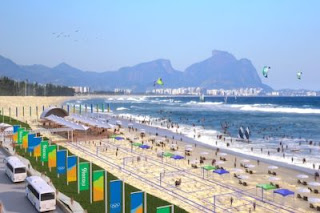 This is a working list of the technology changes taking place right now that will be operational in the next five years.  They all have huge momentum and are speeding up.

We are also beginning the big push in medicine toward health restoration rather than intervention which will rapidly decline as a significant factor.  It is likely to be a ground up movement because its necessity is becoming obvious.

I also think that mega cities are an affectation brought on by politics run amok and will just as quickly subside as quality of life issues become more compelling.

The global demand for energy is rapidly expanding and every method imaginable is been tried out.  I consider it inevitable that the fusion puzzle will be solved if it has not already been done which I believe is true.  The moment that that is confirmed, all our fuel based infrastructure is utter junk merely awaiting execution.  The actual turnover could well be almost instantaneous.

That is actually the important singularity.  Cheap energy not requiring massive energy plants will make even cities obsolete.  A village with unlimited power and unlimited access to all information allows us to optimize the land human communion and eliminates the unnecessary friction and risk brought on by larger urban societies.

While there is much social and economic stress caused by ineptitude and all that, the underlying surge in technology is changing everything underneath us anyway.

Progress to the Mundane Singularity by Dec 2016

This site has looked at a revised list of technologies for a Mundane Singularity This article will focus on what should be the developments in those areas that will have the biggest impact by Dec, 2016. The Mundane Singularity still has a normal adoption and deployment cycle. So the impact will increase over time. ie. More robots in 2020 and still more in 2025.


Here is the prior revised list that includes technologies or policies that have current active projects. For example, Broad Groups factory mass produced high rises replaces printed buildings using layers of additive concrete. Broad Group has more resources and appears on track to getting a lot of commercial success.

1. Pro-growth Policies
Skipping it. Depends upon 2012 and other elections.

Adding
18. Memristors and other significant computing and electronic improvements.

I will put the new item first.

18. Memristors and other significant computing and electronic improvements

HP and Hynix intend to have an alternative technology to flash on the market in eighteen months, an alternative to DRAM in three to four years and, following DRAM, a replacement for SRAM, Stan Williams, Senior Fellow at HP, told the IEF2011 meeting in this morning.

"In 2014 possibly, or certainly by 2015, we will have a competitor for DRAM and then we’ll replace SRAM." They plan to be 100 times better than DRAM for energy efficiency. HP’s approach is memristor, thin film technology which it allows it to stack an "arbitrary number of layers," said Williams, with 500 billion memristors per layer at 5 nanometers.

A University of Minnesota team of researchers has overcome a major hurdle in the quest to design a specialized type of molecular sieve that could make the production of gasoline, plastics and various chemicals more cost effective and energy efficient. The team devised a means for developing free-standing, ultra-thin zeolite nanosheets that as thin films can speed up the filtration process and require less energy. Separating mixed substances can demand considerable amounts of energy—currently estimated to be approximately 15 percent of the total energy consumption—part of which is wasted due to process inefficiencies.

Superpower inc is executing on a path to get ten times the performance from superconducting wire by 2020 and increased production levels and lower costs. This could also enable MHD generators to be affordable and magnetic refrigeration could be enabled or made more commercially competitive. Engines could be three times smaller and more efficient.

Phononic Devices materials and devices are expected to more than double thermal-electric efficiency -- compared to conventional thermoelectrics -- for the interval between room temperature, which is 73F, and 248F. At wider temperature differentials they indicate they can increase from the usual 10% to 30% conversion. This is expected to result in a $/W energy savings of 75% for power generation and 60% for cooling, respectively. Phononic Devices is starting to roll out commercial devices by the end of 2012. The claims of higher efficiency would suggest a thermoelectric figure of merit of about 3 (at least higher than 2).

China is well underway with their first pebble bed reactors. The first one will be done by about 2015.

There is the highly controversial possibility of Rossi-Focardi Energy catalyzer.
Brillouin Energy is another cold fusion contender

There are other possible cold fusion contenders who have a chance of succeeding by Dec 2016.

China could have a prototype molten salt thorium reactor by Dec, 2016.

DARPA is working on several projects to reinvent manufacturing.

The Defense Advanced Research Projects Agency (DARPA) is embarking on a five-year, $1-billion effort with no less ambitious a goal than reversing the decades-long decline of US manufacturing. By Dec 2016, that 5 year effort will have completed.

By the end of 2012, there will likely be integrated one square neuromorphic chips with about ~10 billion synapses and ~1 million neurons. In 2015, the neuromorphic chips are targeted to have 100 times more capability. The military is developing neuromorphic chips for autonomous, unmanned, robotic systems and natural human-machine interfaces and diverse sensory and information integration applications in the defense and civilian sector

There is a commercial superconducting quantum computer ($10 million paid by Lockheed to Dwave Systems.) By Dec, 2016 Dwave and Lockheed could have succeeded in developing a larger system that is useful for complex otimization problems.

6. Some more limited driving assistance but no full on robotic cars in any way meaningfully commercialized.

Broad Group is developing 30 story factory produced high rises and 200 story skyscrapers. The buildings are assembled on site at two stories per day. 15 days for a 30 story building and 120 days for 200 story building. The buildings are five times more energy efficient for operation and are about two to three time more resource efficient for construction.

Tata will sell flat packed (Ikea like) homes for $720.

iRobot (maker of the Roomba) has a new robot, called Ava. iRobot made it compatible with applications written for Apple’s iOS operating system and Google’s Android platform. “To truly accelerate the robot industry, we need more people developing for it,” said iRobot Chief Executive Colin Angle in an interview. “Now, if you can develop for Android or iOS, you’re a roboticist.”

It uses a smartphone or a tablet as its head. Amazon's Kindle Fire is $199. There is an Indian tablet for $35.

Low cost by very powerful tablets and robots and a lot of useful apps looks like a winning combination. I have predicted that it could come together with one billion robots by 2020. By Dec, 2016 I will say that there will be 50 million robots.

Heartland robotics is targeting a $5000 robot with a robotic arm which will be used to revolutionize low cost manufacturing.

Information and Communications Technology (ICT) and broadband can have a direct and measurable impact on GDP and that a number of studies have indicated that ‘true’ broadband (that is, symmetrical bandwidth in excess of 100 Mb/s) can increase GDP by up to 5%. Other studies indicate a return ten times greater than the investment in broadband.

By Dec, 2016 there will be a lot of LTE rollout and more fiber to the home rollout.

will be introducing steel that is 20% stronger and cheaper for car parts by 2013.

Carbon nanotube production should be over 50,000 tons per year.

Cookers and heaters for the developing world that do not have indoor air pollution can save about 1.6 million lives per year and reduce the warming effect of black carbon (soot).

Clean water and sanitation can save millions of lives.

Universal vaccination can save millions.

Combined about 37 million of the 55 million deaths are premature and can be avoided/deferred.

There is advancement on tissue engineering, stem cells and regeneration.

There is advancement against the major diseases and towards longevity.

Spacex will be greatly reducing costs.
Falcon Heavy's should be flying regularly by Dec, 2016.
The reusable rocket work may have gotten to flying back a first stage by Dec, 2016.

There is interesting potential for fusion powered space propulsion far earlier than many expect.

There is new technology for editing DNA on the genome scale

15. HP has the vision of trillions of inexpensive sensors.

Virtual reality and other new internet based systems could transform education.

DARPA is working to reinvent training.

There are new AI based approaches to accelerate innovation.

Super-labs on a chip could accelerate scientific discovery and testing.


Smartphones should have 100 times the processing by 2015. (Nvidia roadmap)
In the 2020s, we should have petaflop mobile systems.