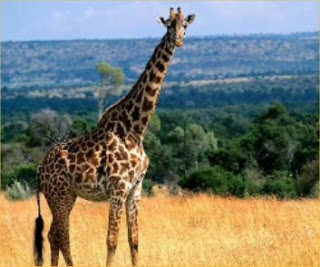 Well maybe.  The real question is whether selective breeding took place here and if that is sufficient to explain the evidence.  It sounds like it did and that makes sense.

When women understand that it is better to have smaller families and have them later as is presently happening they adjust their behavior and that will certainly shift the genetics.  The reverse is also true.  It is hard to see that as evolution per se.

What I believe barely changes is the capacity to selectively shift back and forth as the need arises.  I suspect that the total genetic capacity remains well preserved in this scenario.

It would be interesting to raise a herd of giraffes on a diet of shrubs only to discover what actually takes place if anything.  It may be a good indicator of the influence of individual choice on the evolving offspring if there is any.

(PhysOrg.com) -- A new study published in the Proceedings of the National Academy of Sciences provides evidence of human evolution and rapid genetic changes suggesting that, contrary to modern claims, technological and cultural advancements have not halted the evolutionary process in humans.

The new study, led by geneticist Emmanuel Milot from the of , looked at a group of women from the remote island town of aux Coudres in . The team looked at the birth, death and marriage records kept by the Catholic Church in the town. They were specifically looking at the data from women who married between 1799 and 1940.

What they discovered was that within that 140 year time frame, the age that the women conceived their first child dropped from 26 to 22. Looking at cultural, social and economic differences in the women, the researchers were able to determine that 30 to 50 percent of this variation in age was explained solely by genetic variations.

This island town was settled by 30 families between 1720 and 1773 and researchers believe that a genetic change occurred in order to provide more time for women to produce a larger number of children in order to grow the population. While the researchers did not look at which specific genes may have been altered over time, they believe possible reasons could have been a change in the age in which the women hit puberty and heritable personality traits which pushed them to wanting to start families earlier. These changes were a response to natural selection and the need for a higher number of children in order for gene lines to survive into the future.

This is not the first study to show that human evolution is still happening. Recent studies include the Tibetans evolutionary change to adapt to the lower oxygen levels found in their high altitude environment. This change has only occurred throughout the last few hundred generations. Other studies show that humans have only evolved the ability to tolerate lactose in their systems over the last 5,000 or so years.

While many scientists have trended toward the idea that changes in populations are typically due to environmental or social influences in today’s societies, this study shows that while these factors do play a role, genetic changes and evolution are also still very much a part.
More information: Evidence for evolution in response to natural selection in a contemporary human population, PNAS, Published online before print October 3, 2011, doi: 10.1073/pnas.1104210108

It is often claimed that modern humans have stopped evolving because cultural and technological advancements have annihilated natural selection. In contrast, recent studies show that selection can be strong in contemporary populations. However, detecting a response to selection is particularly challenging; previous evidence from wild animals has been criticized for both applying anticonservative statistical tests and failing to consider random genetic drift. Here we study life-history variation in an insular preindustrial French-Canadian population and apply a recently proposed conservative approach to testing microevolutionary responses to selection. As reported for other such societies, natural selection favored an earlier age at first reproduction (AFR) among women. AFR was also highly heritable and genetically correlated to fitness, predicting a microevolutionary change toward earlier reproduction. In agreement with this prediction, AFR declined from about 26–22 y over a 140-y period. Crucially, we uncovered a substantial change in the breeding values for this trait, indicating that the change in AFR largely occurred at the genetic level. Moreover, the genetic trend was higher than expected under the effect of random genetic drift alone. Our results show that microevolution can be detectable over relatively few generations in humans and underscore the need for studies of human demography and reproductive ecology to consider the role of evolutionary processes.

Its mission will certainly be challenging as it attempts to acquire measurements of the energetic particles and magnetic fields found close by our star.

The spacecraft will provide remarkable views of the Sun's polar regions and farside. Its elliptical orbit will be tuned such that it can follow the star's rotation, enabling it to observe one specific area for much longer than is currently possible.

Throughout, Solar Orbiter will be staring into the "furnace". The main workings of the spacecraft will have to hide behind a shield to protect it against temperatures higher than 500 degrees; its instruments will need to peek through small slots.

"Solar Orbiter is not so much about taking high-resolution pictures of the Sun, although we'll get those; it's about getting close and joining up what happens on the Sun with what happens in space," explained Tim Horbury from Imperial College London and one of Solar Orbiter's lead scientists.

"The solar wind and coronal mass ejections - these big releases of material coming off the Sun; we don't know precisely where they're coming from, and precisely how they're generated. Solar Orbiter can help us understand that."

Tuesday's meeting of Esa's Science Policy Committee sanctioned a memorandum of understanding (MOU) with Nasa for its contributions to Solar Orbiter. Delegates also approved a multilateral agreement (MLA) with the national agencies in that will be providing the payload instruments.

will map the spread of galaxies and clusters of galaxies over 10 billion years of cosmic history.

Its optical and infrared detectors will look deep into space to see how the light from far-distant galaxies has been subtly distorted by intervening unseen, or dark, matter.

It will also map the three-dimensional distribution of galaxies. The patterns in the great voids that exist between these galaxies can be used as a kind of "yardstick" to probe the expansion of the cosmos through time - an expansion which appears to be accelerating as a consequence of some unknown property of space itself referred to by scientists as dark energy.

Galaxies, for example, should fly apart; some other mass must be there holding them together

At the greatest distances, as the Nobel laureates found, the Universe's expansion is accelerating

Thus we have also "dark energy" which acts to drive the expansion, in opposition to gravity

The current theory holds that 70% of the Universe is dark energy, 25% is dark matter, and just 5% the kind of matter we know well

" will give us an insight into how structures in the Universe are growing and whether they are growing at the rate we expect from General Relativity (our theory of gravity on large scales)," said Bob Nichol, a scientist from .
"But aside from all that, should also deliver a picture of the Universe that has Hubble clarity over the whole sky. will detect billions of objects and they will all be there for us to go look at. And when we look back 50 years from now, that could be the one thing about Euclid we all say was worth it - a tremendous legacy for our children," he told BBC News.

is currently a mission that plans to undertake on its own.

It may not remain that way for long, however.

The Americans are desperate to run a similar mission they call WFirst (Wide-Field Infrared Survey Telescope). But budget pressures mean this spacecraft is unlikely to be built until after Euclid has flown, giving Europe a clear lead in one of the most important fields of modern astrophysics.

Esa has in the past offered Nasa the opportunity to take a 20% partnership in .

"The door is always open to the Americans, and we are ready to co-operate with them if they come with a reasonable proposal," said Dr Gimenez.

Co-operation with Nasa on would require another MOU.