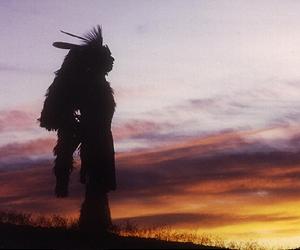 This work demonstrates an important research tool.  I would like to see it extended to a number of geographically separated water sheds and to see the work extended back several thousands of years in time.

We should be able to establish the onset of corn culture and perhaps even determine the size of local populations with this approach provided we collect enough data to get excellent resolution.

There are plenty of questions that need to be answered with something more than a slew of undiscovered and even undiscoverable habitation sites.  Perhaps high schools could be recruited into the sampling program.

A new study by Baylor University geology researchers shows that Native Americans' land use nearly a century ago produced a widespread impact on the eastern North American landscape and floodplain development several hundred years prior to the arrival of major European settlements.

The study appears on-line in the journal Geology.

Researchers attribute early colonial land-use practices, such as deforestation, plowing and damming with influencing present-day hydrological systems across eastern . Previous studies suggest that Native Americans' land use in eastern initially caused the change in hydrological systems, however, little direct evidence has been provided until now.

The Baylor study found that pre-European so-called "natural" floodplains have a history of prehistoric indigenous land use, and thus colonial-era Europeans were not the first people to have an impact on the hydrologic systems of eastern .

The study also found that prehistoric small-scale agricultural societies caused widespread ecological change and increased sedimentation in hydrologic systems during the Medieval Climate Anomaly-Little Ice Age, which occurred about 700 to 1,000 years ago.
"These are two very important findings," said Gary Stinchcomb, a Baylor doctoral candidate who conducted the study. "The findings conclusively demonstrate that Native Americans in eastern impacted their environment well before the arrival of Europeans. Through their agricultural practices, Native Americans increased soil erosion and sediment yields to the

The Baylor researchers found that prehistoric people decreased forest cover to reorient their settlements and intensify corn production. They also contributed to increased sedimentation in valley bottoms about 700 to 1,000 years ago, much earlier than previously thought.

The findings suggest that prehistoric land use was the initial cause of increased sedimentation in the valley bottoms, and sedimentation was later amplified by wetter and stormier conditions.

To conduct the study, the Baylor researchers took samples along the . Landforms were mapped based on relative elevations to base flow and archaeological excavations assessed the presence of human habitation.

The Baylor researchers then used a site-specific geoarchaeological approach and a regional synthesis of previous research to test the hypothesis that the indigenous population had a widespread impact on terrestrial sedimentation in eastern .

"This study provides some of the most significant evidence yet that Native Americans impacted the land to a much greater degree than previously thought," said Dr. Steve Driese, professor and chair of Baylor's department of geology, College of Arts and Sciences, who co-authored the study. "It confirms that Native American populations had widespread effects on sedimentation."
Posted by arclein at 12:01 AM