Lock - in Enzyme for Memories 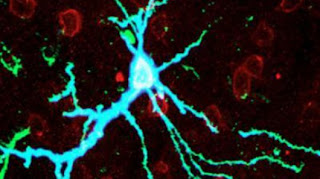 Again we are getting closer to understanding a clear empirical phenomenon.  That short and long term memories operate very differently from person to person with no real rhyme nor reason.

This suggests that enzyme modification can by effective and plausibly beneficial and perhaps we will someday polish an exam preparation with a series of drinks over a couple of days.

Now we are much closer to understanding it at the least.

Molecule that can erase or restore long-term memories – in rats

If you're struggling to remember the names of classmates from high school, or just can't forget that time you made a complete ass of yourself in front of your high school crush, then a single molecule known as PKMzeta could be to blame – and increasing or decreasing its activity in the brain could either help you remember those names that seem on the tip of your tongue or drive that embarrassing memory from your head. In a new study, researchers have demonstrated that a memory in rats can either be enhanced or erased long after it is formed by manipulating the activity of the brain enzyme PKMzeta.

In earlier studies, the researchers conditioned rats to associate a nauseating sensation with saccharin by pairing it with lithium, so that they shunned the sweet taste. However, after the rats received a chemical that blocked the enzyme PKMzeta in the brain's neocortex, where long-term memories are stored, their sweet tooth returned within a couple of hours. The effect only worked retroactively and appeared to be permanent, suggesting that PKMzeta may be required for sustaining memories throughout the brain.

To confirm the findings of these earlier studies and to demonstrate the opposite effect, the researchers carried out a new study funded by the National Institutes of Health (NIH) using the same aversive learning model and paired it with genetic engineering to increase PKMzeta. To produce an overexpression of the enzyme, they harnessed a virus to infect the neocortex with the PKMzeta gene and saw an enhancement in the rats' memory function.

Conversely, replacing the naturally occurring PKMzeta with a mutant inactive form of the enzyme, erased the memory in much the same way as the chemical blocker used in the previous studies did.

"One explanation of the memory enhancement is that PKMzeta might go to some synapses, or connections between brain cells, and not others," said Todd Sacktor, of the SUNY Downstate Medical Center, New York City, a grantee of the NIH's National Institute of Mental Health (NIMH). "Overexpressed PKMzeta may be selectively captured by molecular tags that mark just those brain connections where it's needed – likely synapses that were holding the memory from the training."

Earlier this year, another study funded by the National Institute of Health found that treating rats with a insulin-like growth factor (IGF-II) significantly boosted retention and prevented forgetting of a fear memory as long as the naturally occurring growth factor was injected into the rats' memory circuitry during time-limited windows just after learning and upon retrieval, when memories become fragile and changeable.

In contrast, the researchers say the PKMzeta mechanism appears to work anytime and the effects applied generally to multiple memories stored in the target brain area, which raises questions about how specific memories might be targeted in any future therapeutic applications.

A paper detailing the findings of the study are published in the journal Science.