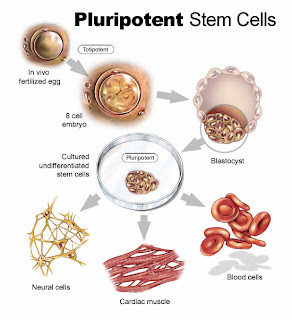 This was the original promise of stem cells when they were first discovered over twenty years ago.  Now we have a proof of principal demonstration and we now have a working protocol.  They actually helped several victims.

We can now look forward to the real stem cell revolution in the last five years of this decade.

You will go and be injected with a measured amount of tailored stem cells and maybe even larger doses of untailored stem cells in order to resolve and replace damaged tissue.  It should be that simple from the victim’s perspective.

The take home is that congestive heart failure will become curable.  Liz Taylor was a decade too soon for this life extension technique.

Recall most folks are suffering from heart disease  and its related issues as they enter their eighties.

http://www.fiercebiotechresearch.com/story/stem-cells-reverse-damage-enlarged-hearts/2011-03-17
Having a big heart is not necessarily a good thing, if you take the phrase literally. Patients with enlarged hearts due to damage from heart attacks are lucky to be alive, yet face a lifetime of hospitalizations and medication. However, new hope for these patients comes from researchers looking into stem cell injections.

Writing in the journal Circulation Research: Journal of the American Heart Association, scientists show in a small study that stem cell therapy can reverse heart damage in patients with enlarged hearts due to heart attacks. In addition, the benefits from the stem cell injections appear to be three times better than that offered by current medical treatments, according to a release. Scar tissue decreased and heart function improved, the scientists from the said.

In an interview with the  Herald, Joshua Hare, the study's lead author and director of the UM Medical School's Interdisciplinary Stem Cell Institute, seemed pumped about the heart development.

"That's the Holy Grail, the quest the whole field has been pursuing for close to a decade, and this is evidence we're on the right track," Hare told the Herald.

A participant in the small eight-person trial, Max Eaton, 68, seconded that emotion. "I feel very grateful," Eaton told the Herald. "Almost certainly, I would be deceased or in much worse shape had I not had the opportunity to be in this program."

Hare warned that while the study, which used two different types of bone marrow stem cells, produced exciting results, it's only the beginning. There are still larger-scale studies to perform, including one involving 50 to 100 hospitals and many hundreds of patients before the FDA could consider approval. That will take at least five years.