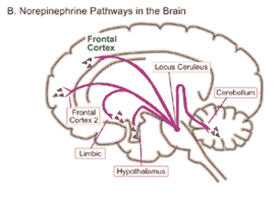 We are still a long ways from an actual cure or even to know if MS may be prevented.

Recent disclosures on concussion damage among athletes are finally waking people up to the horrible price individuals are paying in order to succeed in certain games.  A little damage in the right location can likely produce MS.

The whole issue of head impact is now coming front and center and will not end until sports are modified to hugely lower the risks.

The two worst team sports are Hockey and Football.  Hockey is easily fixed by ending the body check once and for all.  If anything the sport becomes more skill driven and naturally dynamic.  The only alternative for football may be touch football and that is a very different game altogether.

The individual sport of boxing is by definition a concussion sport however conducted and really should be abandoned.  The sad fate of Mohammed Ali should dispel any doubt on this matter.

The brain is way too important to play roulette with as certain sports seem to demand.  The head is not a weapon but the repository of a jelly like material that easily rips and tears.  Healing is possible if only one blow occurs, but unlikely if two blows occur in two separate directions.  Real brain damage sets in and much rewiring is needed to set things right if at all.

I suspect that a teat for active brain damage is indicated from this work.  Apply it to sports injuries and we will soon see if certain sports are able to retain their players.

Researchers Find Reduced Levels of an Important Neurotransmitter in MS

Source: University of Illinois at Chicago

Newswise — Researchers at the of at have shown for the first time that damage to a particular area of the brain and a consequent reduction in noradrenaline are associated with multiple sclerosis.

The study is available online in the journal Brain.

The pathological processes in MS are not well understood, but an important contributor to its progression is the infiltration of white blood cells involved in immune defense through the blood-brain barrier.

Douglas Feinstein, research professor in anesthesiology at the UIC College of Medicine, and his colleagues previously showed that the neurotransmitter noradrenaline plays an important role as an immunosuppressant in the brain, preventing inflammation and stress to neurons. Noradrenaline is also known to help to preserve the integrity of the blood-brain barrier.

Because the major source of noradrenaline is neurons in an area of the brain called the locus coeruleus, the UIC researchers hypothesized that damage to the LC was responsible for lowered levels of noradrenaline in the brains of MS patients.

"There’s a lot of evidence of damage to the LC in Alzheimer’s and Parkinson’s disease, but this is the first time that it has been demonstrated that there is stress involved to the neurons in the LC of MS patients, and that there is a reduction in brain noradrenaline levels," said Paul Polak, research specialist in the health sciences in anesthesiology and first author on the paper.

For the last 15 years, Feinstein and his colleagues have been studying the importance of noradrenaline to inflammatory processes in the brain.

"We have all the models for studying this problem, so in some ways it was a small step to look at this question in MS," said Polak.

The researchers found that LC damage and reduced levels of noradrenaline occur in a mouse model of MS and that similar changes could be found in the brains of MS patients.

The findings suggest that LC damage, accompanied by reduction in noradrenaline levels in the brain, may be a common feature of neurologic diseases, Polak said.

"There are a number of FDA-approved drugs that have been shown to raise levels of noradrenaline in the brain, and we believe that this type of therapeutic intervention could benefit patients with MS and other neurodegenerative diseases, and should be investigated," he said.

Sergey Kalinin, post-doctoral research associate in anesthesiology, also contributed to the study. This study was supported by grants from the Department of Veteran Affairs and Partners for Cures.

For more information about UIC, visit www.uic.edu
Posted by arclein at 12:01 AM