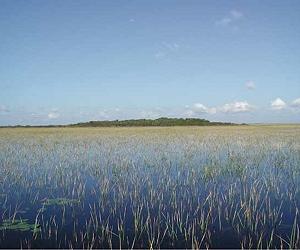 Again we are continuing to develop evidence of extensive human settlement throughout semi tropical .  This was effectively confirmed by the earliest post Columbian penetration of these lands but those exploratory forays were exploratory at best.  Thus we have scant information as indigenous populations promptly collapsed.

Archeology is now establishing the existence of uplifted midden based platforms that acted as likely town sites.  Obviously waste was tossed onto the edges of the camps and the platforms grew steadily over thousands of years.

It is reasonable to presume that shellfish was consumed daily by everyone as that was the local staple in coastal waters.  In fact, these locales were well nigh impenetrable for anything but canoes and thus land game was likely a rarity.  Thus fish and shellfish must be consumed.

As we know on the West coast, such a system can support huge populations were shell fish and salmon provided sustenance for communities of even ten thousand  and produce huge middens.

Now we know were the huge populations in actually lived.


Garbage mounds left by prehistoric humans might have driven the formation of many of the Florida Everglades' tree islands, distinctive havens of exceptional ecological richness in the sprawling marsh that are threatened by human development.

Tree islands are patches of relatively high and dry ground that dot the marshes of the . Typically a meter (3.3 feet) or so high, many of them are elevated enough to allow trees to grow. They provide a nesting site for alligators and a refuge for birds, panthers, and other wildlife.

Scientists have thought for many years that the so-called fixed tree islands (a larger type of tree island frequently found in the Everglades' main channel, Shark  ) developed on protrusions from the rocky layer of a mineral called carbonate that sits beneath the marsh. Now, new research indicates that the real trigger for island development might have been middens, or trash piles left behind from human settlements that date to about 5,000 years ago.

These middens, a mixture of bones, food discards, charcoal, and human artifacts (such as clay pots and shell tools), would have provided an elevated area, drier than the surrounding marsh, allowing trees and other vegetation to grow. Bones also leaked phosphorus, a nutrient for plants that is otherwise scarce in the .

"This goes to show that human disturbance in the environment doesn't always have a negative consequence," says Gail Chmura, a paleoecologist at in

Chmura will be presenting her research tomorrow, Tuesday 22 March, at the American Geophysical Union's Chapman Conference on Climates, Past Landscapes, and Civilizations. About 95 scientists have converged on this week to discuss the latest research findings from archeology, paleoclimatology, paleoecology, and other fields that reveal how changes in regional and global climate have impacted the development and fates of societies.

In a previous scientific investigation of tree islands, Margo Schwadron, an archeologist with the National Park Service, cut through the elevated bedrock at the base of two islands and discovered that it was actually a so-called "perched carbonate layer," because there was more soil and a midden below. Later, a team including Chmura's graduate student Maria-Theresia Graf performed additional excavations in and found more of the perched carbonate layers.

Chemical analysis of samples of these curious perched layers revealed that they are made up partially of carbonates that had dissolved from the bedrock below, Chmura says. The layer also contains phosphorus from dissolved bones, she adds. Her team concluded that trees are key to the formation of this layer: During 's dry season, their roots draw in large quantities of ground water but allow the phosphates and carbonates dissolved in it to seep out and coalesce into the stone-like layer.

The perched carbonate plays a key role in letting tree islands rebound after fires: because it does not burn, it protects the underlying soil, and it maintains the islands' elevation, allowing vegetation to regrow after the fire. Humans are now threatening the existence of tree islands, by cutting down trees (whose roots keep the perched layer in place) and artificially maintaining high water levels year-round in some water control systems, which could cause the layer to dissolve.