Where Have the Giants Gone? 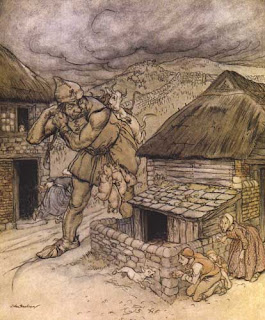 The largest distraction we have when discussing giant humanoids or more properly giant primates it that our own numbers are huge beyond huge.  This is because we learned to modify the land to support us alone.  Before we did all that, our population was scant as we were an apex predator following herds and competing directly with lions and the like.

This lifeway lasted for hundreds of thousands of years and provided ample opportunity for speciation and gigantism was a natural step out.  It was also natural for niche specialization to take place as in the obvious case of the Sasquatch. Our breakthrough was tool driven and likely took place 200,000 years ago at least.

This means that the odd members of our class were never numerous to begin with and soon were unable to directly compete with us.  Thus such populations survived by avoidance.  This is largely done by adopting a nocturnal lifestyle in one form or the other.

I have reported on a class of European Giants that were likely Neanderthals that spawned Goliath and obviously interacted with us. Others have also been reported.  What is abundantly clear is that worldwide, small populations of primates exist that are all likely closer to us genetically than any known primates.  Some of these are giants, including Bigfoot.  They all rely on avoidance and nocturnal activity in woodlands.

Recall that the majority of hunters work at night because they pretty well have to.  We are the real exception.

Where did all the world's giants go?

Bigfoot, Nessie, Ogopogo, the atmospheric jellyfish — (most of) these cryptids are household names. But did you know that there's a subfield of cryptozoology that deals with massive hominids, sequestered on our planet's hidden places? Let's take a look at some curious cases of Brobdingnagians amongst us.

Living dinosaurs and skunk apes have leapfrogged giants on the cryptid taxonomy, but this wasn't always the case. In the 19th century, facsimiles of giants and petrified humans captured the public imagination at sideshows. The most famous of these fakes was the Giant, a 10-foot-long, 3,000 pound block of gypsum that was sculpted to look like a fossilized man and was exhibited in upstate in late 1869. The Giant was the brainchild of tobacconist George Hull, who was inspired by the Nephilim of the Book of Genesis to create his oversized hoax.

staged an excavation and subsequently profited off his giant...until P.T. Barnum covertly built his own replica of the giant and displayed his fake (of 's fake) as the real deal. Hull attempted to sue Barnum, but in order to do so, he would have to swear on the veracity of his own giant. instead revealed to press that his giant was made of 100% Balonium. Similar "petrified" specimens were unearthed at the tail end of the 1800s, such as the Solid Muldoon, another petrified man, which too was built by .
As the world's various mythologies can attest, giants had a following way before the age of traveling hucksters. In a fascinating article in Archaeology, Mark Rose recounts how an interest in cryptids went hand-in-hand with nascent American life. After all, this was a continent where Southern farmers dug up Basilosaurus fossils to build their homes:

The Puritan Cotton Mather believed that mastodon fossils found near , in 1705 were those of giants who had perished in Noah's flood. "The Giants that once groaned under the waters," he wrote, "are now under the Earth, and their Dead Bones are lively Proofs of the Mosaic history." Nearly a century later, when farmer Pliny Moody discovered foot-long three-toed tracks in a sandstone ridge on his land, his pastor identified them as from Noah's raven, which had "rested on that ledge and probably slept there before resuming the dangerous journey back to the " The same cleric later deduced that dinosaur bones found to the south were "probably the remains of giant humans."

Thomas Jefferson had his own interest in fossils, and in 1804 he even set aside a room in the White House for his collection of extinct elephant, giant ground sloth, and bison bones, teeth, and tusks. Earlier, he had convinced president Ezra Stiles that such remains were of animals rather than giants. Fascinated by an immense claw of a ground sloth, wrote to a friend, "I cannot...help believing that this animal, as well as the mammoth, are still existing."

But what about more recent interest in giants?

Cryptozoologist (and Cryptomundoblogmaster Loren Coleman) is an expert in the extremely rarified study of "true giants" and details present-day encounters with massive hominids in his book True Giants: Is Gigantopithecus Still Alive? According to Coleman's studies, most modern accounts of giants are of hairy creatures that could be descendants of the 10-foot-tall prehistoric ape Gigantopithecus rather than loincloth-clad chaps of the Fee-Fi-Fo-Fum, Jolly Green, or Samuel Beckett variety.

Modern accounts and possible traces of true giants have come from Tajikistan , Malaysia (where the creature is known as Orang Dalam or Orang Mawas), and the Solomon Islands.

Barring some four-toed footprints, much of this evidence is anecdotal. As fringe as an undiscovered hominid that eclipses Bigfoot sounds, crazier ape-like beings have been spotted — for example, gangs of what appeared to be giant orangutans were observed during the Vietnam War.
Posted by arclein at 12:01 AM