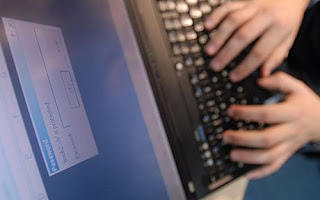 For long suffering internet users this is a little light at the end of the tunnel.    The close cooperation between Microsoft and the Marshalls is likely a harbinger of things to come.  Effective strategies to end this plague may well be on the way.  Tossing the perps in jail is certainly a good start and will plausibly send the small fry packing.

No one objects to legitimate advertising or even targeted advertising if only because sometimes you want to be the target.  The spammer’s only clients are obviously criminal fronts for all sorts of doubtful product and free intrusive advertising is their only way of penetrating the market.  Besides, I am getting tired of hitting the delete button every day to dispose of another Viagra offer or Nigerian fraudster.

Of course the worst are transmitting out of country and we have to try harder with them.

The only reason I control comment access on this blog is to block multiple spam attempts which do appear at times and they never quit in their efforts to bypass defenses.

The world's most prolific source of spam emails has been shut down in a series of coordinated raids by Microsoft and US federal authorities.

Three Spanish men with 'limited' hacking experience are believed to be behind the vast Mariposa botnet Photo: CLARE KENDALL

The Rustock botnet, an international network of virus-infected computers, had for years generated billions of emails per day, promoting unlicensed online pharmacies and cut-price impotence pills.

But on Wednesday, security firms noticed email traffic from Rustock completely collapsed. It has now been revealed that Microsoft, backed by US Marshals acting on a court order, seized servers that it's estimated covertly controlled almost a million Windows PCs.

“We think this has been 100 per cent effective," said Richard Boscovich, senior attorney in Microsoft's digital crimes unit, according to the Wall Street Journal.

The servers were rented from commercial internet hosting firms across the Mid West, who were apparently unaware of their role in Rustock. These "command and control" servers would issue instructions to infected home and business PCs worldwide.

The criminals behind the spamming business were named in Microsoft’s lawsuit only as “John Does 1-11”. To get the court order, which empowered it to seize equipment and so "decapitate" the botnet, Microsoft alleged the John Does infringed its trademarks in some of their emails.

The scale of the shut down is unprecedented. A report last month by SecureWorks, a computer security firm, said Rustock was the world's biggest source of spam.

“The reasons for this are due to the author’s relentless development of stealth tactics,” it said, referring to how Rustock was frequently updated to stay one step ahead of anti-virus packages.
Posted by arclein at 12:01 AM