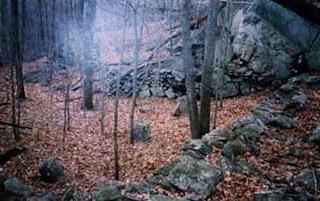 It is man’s role to master nature, not to endure nature.  Thus the proper way to return to nature is to select a portion as one’s own responsibility to care for it.

I have spoken to the idea of the model farm and that has morphed into the model watershed and that has morphed into such portion as can be properly cared for through a modern village.  Such a village would consist of a high-rise to provide a modern living standard for all members and such land as necessary to conduct various levels of activity to support the model section of the watershed.

Even partial success removes most of the risks inherent in nature.  Carnivores are easily excluded and large animals are naturally channeled.  Most importantly, responsibility does not stop at the fence line.

I suspect that we are going there.

Nature Itches - Not all it's cracked up to be.

Sandy Ikeda is an associate professor of economics at Purchase College, SUNY, and the author of The Dynamics of the Mixed Economy:Toward a Theory of Interventionism.

I remember P.J. O’Rourke saying, “Nature itches,” on a television program a few years ago about his experience in getting back to nature.  I don’t mean to diminish in any way the enormity of the multiple tragedies that Japan is currently experiencing because of the earthquake and tsunami, but I thought of that remark when a Japanese friend told me he hoped the Japanese people would now depend less on imports and live closer to the land.
For the vast majority of us in the developed world, getting back, or at least closer, to nature means a day or two in the mountains or at the beach with plenty of sunscreen and insect repellent on hand.  Most of us wouldn’t think of doing either of these things without a thankful of gas and a fully charged mobile phone.

More serious practitioners try in one way or another to lower their “carbon footprint” by cutting back on fossil fuels and electricity, believing they can do this by using less heating or air conditioning, taking public transport or bicycling to work, or growing some of their own food.  Some advocate living in small houses – very, very small houses – which I find appealing.  Because the numbers of these practitioners is now pretty small, their impact is also small.  For the most part they are simply pursuing a lifestyle choice or a personal philosophy; or they’re trying to set an example for the rest of us to follow.

I hasten to add that if property rights were well-defined and enforced, so that market prices adequately reflected the scarcity value of electricity as well as the inputs that generate it, then the bad spillover effects of consuming resources — what economists call negative externalities — would be minimal.  In that case, if we used more natural resources, we would bear the cost by paying for them.  It’s when prices consistently don’t reflect those scarcity values, which usually happens when the government regulates prices and property rights, that overuse and pollution tend to arise.  As Ronald Bailey wrote recently:

The main problem with energy supply systems is that for the last 100 years, governments have insisted on meddling with them, using subsidies, setting rates, and picking technologies. Consequently, entrepreneurs, consumers, and especially policymakers have no idea which power supply technologies actually provide the best balance between cost-effectiveness and safety.

But that’s not my main point here.

Getting Away from Nature

My main point is that the history of civilization has been mostly a steady movement away from the perils of depending directly on nature.  Hunter-gatherers in the Paleolithic era lived closer to nature than the first city dwellers in Neolithic times, and by some estimates the world population grew from one million to five million inhabitants.  If we go purely by urbanization rates, Charlemagne lived closer to nature than Henry VIII (although your average Joe in both eras lived comparable lives), and Henry lived closer to nature than almost anyone in the developed world today.  Indeed, if you had a time machine and wanted to live closer to nature, all you’d have to do is dial back a few years, to say 1975, and you’d have achieved your goal.  There would be fewer stages of production and a less extensive division of labor — and you’d be materially worse off.

Those in the developed world who are living closest to nature right now are small farmers who make their living from the land.  My father was one of them.  Economic development means fewer of them in 2011 than in 1975 because increasing economic opportunities have made it very costly to be in that profession.  (Indeed, instead of farming, my father’s son is teaching and writing.)  But while running a farm has its own rewards, what all farmers know is that nature can be a harsher, more relentless, and less forgiving master than any flesh-and-blood boss the rest of us can imagine.

Living closer to nature, whatever that may mean to you, today seems to be possible or even desirable only at the margins of civilization; that is, before this can happen, a lot of other people have to be working to provide the many things we take for granted. Thus spending some time where trees outnumber people can refresh the mind, body, and spirit; but except for the very hardy few, this requires a reliable source of electricity nearby to light the darkness and recharge our phones.  Living off the grid is a hard, grungy business, and it can’t be done entirely anyway.  (See my earlier column on this topic.)  To do it to any degree, in other words, means not living off the fat of the land, but rather using our incomes to purchase the creative output of generations of entrepreneurs.

We tend to accentuate the positive side of nature: its beauty, bounty, and breathtaking vastness.  As the tragedies from hurricanes and earthquakes in , , , and now in remind us, there are negatives too: the dirt, the discomfort, and the destructive power.  If you want to live closer to nature, be prepared to die closer to nature.

Perhaps at the margin it might do many of us some good to sweat and shiver a bit more and to shower and consume a bit less.  But keep in mind that it has been our species’ relentless drive to achieve ever greater comfort and convenience that has, where the rules of the game have permitted it, enabled us to distance ourselves from the dangerous uncertainties of nature.  It has populated our world today with seven billion souls, the overwhelming majority of whom are very, very glad to be alive.