Meadow Fescue and the Oak Savanna 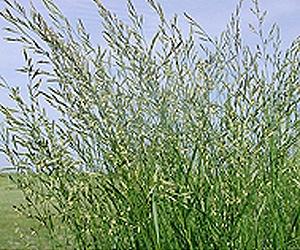 At least today the average farmer keeps his eyes open and checks on what works.  I suspect that a lot of the better grasses simply need a better pacing of the grazing schedule to optimize productivity.

I also expect that we will see a return to growing trees in pasture lands as a matter of sound husbandry.  Here we note the benefits of the old oak savannah in providing sparse shade and some surprisingly rich soils.  We need to discover trees that do the same as the acacia in were the leaves also provide forage.

The point is that is this needs to be really thought through and supported.  Pasture land with ample shade, commercial timber production, wood chip production, annual forage leaf production and shade cover for rich summer grass production in combination with cattle husbandry to consume all the forage an attractive alternative to the present uniculture approach that has to dance around the high summer.

The idea of planning our pastures as thinly populated woodlands with ample shade loving grasses should have been obvious, but it was not even obvious in Africa were all the tools are in place.

A farmer's report of an unusual forage grass led Michael Casler, an Agricultural Research Service (ARS) geneticist at the agency's in , to identify the grass as meadow fescue. Meadow fescue has been long forgotten, although it was popular after being introduced about 50 to 60 years before tall fescue.

Casler has developed a new variety of meadow fescue called Hidden Valley, and its seed is being grown for future release.

Non-toxic fungi called endophytes live inside meadow fescue, helping it survive heat, drought and pests. Unlike the toxic endophytes that inhabit many commercial varieties of tall fescue and ryegrass, meadow fescue does not poison livestock.

Charles Opitz found the grass growing in the deep shade of a remnant oak savannah on his dairy farm near Mineral Point, He reported that the cows love it and produce more milk when they eat it. Casler used DNA markers to identify Opitz's find.

Meadow fescue is very winter-hardy and persistent, having survived decades of farming. It emerged from oak savannah refuges to dominate many pastures in the 's driftless region, named for its lack of glacial drift, the material left behind by retreating continental glaciers.

Casler and his colleagues have since found the plant on more than 300 farms in the driftless region of Wisconsin, and . Geoffrey Brink, an ARS agronomist working with Casler, discovered that meadow fescue is 4 to 7 percent more digestible than other cool-season grasses dominant in the .

In another study, meadow fescue had a nutritional forage quality advantage over tall fescue and orchard grass that may compensate for its slightly lower annual yield further north, as reported in the Agronomy Journal. Also, the yield gap begins to close with the frequent harvesting involved in intensive grazing.