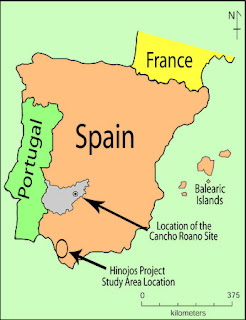 It is good to see other scientists jumping onto the idea that Atlantis was situated in the delta of the () in and was eliminated by the tsunami triggered by the 1159 BC eruption of Hekla in .  This scientist reports on both the deltaic material and the existence of a related series of cities to the north.

The only difficulty I have with this report is the omission of the name of the German scientist (Rainer Kuhne) who published the first article three years ago.  It is all a bit too much self promotional.

It does not matter.  The point is that the idea is gaining supporters and we will see many others jump on it as they start digging up Bronze Age sites in .  It will also mean that every delta site in will need to be investigated as well as prospects on the North American seaboard.

The tsunami not only wiped out sea side communities who profited most from the Bronze Trade but also buried a lot of their remains at the same time.  Thus deltaic subsidence could easily have locked up artifacts.

Lost city of , swamped by tsunami, may be found 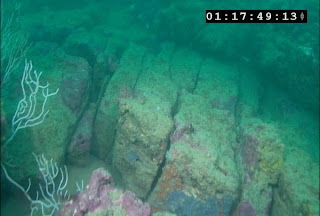 NORTHAMPTON, Mass (Reuters) - A U.S.-led research team may have finally located the lost city of Atlantis, the legendary metropolis believed swamped by a tsunami thousands of years ago in mud flats in southern Spain.

"This is the power of tsunamis," head researcher Richard Freund told Reuters.

"It is just so hard to understand that it can wipe out 60 miles inland, and that's pretty much what we're talking about," said Freund, a University of Hartford, Connecticut, professor who lead an international team searching for the true site of Atlantis.

To solve the age-old mystery, the team used a satellite photo of a suspected submerged city to find the site just north of . There, buried in the vast marshlands of the Dona Ana Park, they believe that they pinpointed the ancient, multi-ringed dominion known as Atlantis.

The team of archeologists and geologists in 2009 and 2010 used a combination of deep-ground radar, digital mapping, and underwater technology to survey the site.

Freund's discovery in central of a strange series of "memorial cities," built in Atlantis' image by its refugees after the city's likely destruction by a tsunami, gave researchers added proof and confidence, he said.

Atlantis residents who did not perish in the tsunami fled inland and built new cities there, he added.

The team's findings will be unveiled on Sunday in "Finding Atlantis," a new National Geographic Channel special.

While it is hard to know with certainty that the site in in Atlantis, Freund said the "twist" of finding the memorial cities makes him confident Atlantis was buried in the mud flats on 's southern coast.

"We found something that no one else has ever seen before, which gives it a layer of credibility, especially for archeology, that makes a lot more sense," Freund said.

Greek philosopher Plato wrote about Atlantis some 2,600 years ago, describing it as "an island situated in front of the straits which are by you called the Pillars of Hercules," as the Straits of  were known in antiquity. Using Plato's detailed account of Atlantis as a map, searches have focused on the Mediterranean and as the best possible sites for the city.

Tsunamis in the region have been documented for centuries, Freund says. One of the largest was a reported 10-story tidal wave that slammed in November, 1755.

Debate about whether Atlantis truly existed has lasted for thousands of years. Plato's "dialogues" from around 360 B.C. are the only known historical sources of information about the iconic city. Plato said the island he called Atlantis "in a single day and night... disappeared into the depths of the sea."

Experts plan further excavations are planned at the site where they believe Atlantis is located and at the mysterious "cities" in central 150 miles away to more closely study geological formations and to date artifacts.

Has a of Professor Found the Lost City of ?

Dr. Richard Freund to be featured in a National Geographic Channel film; public invited to preview on Wednesday.

Spend a little time with Dr. Richard Freund of the University of Hartford, and you might be convinced that the lost city of is buried deep within a swamp in southern .

Freund, who directs the university's Greenberg Center for Judaic Studies, worked with a team of Spanish, American and Canadian scientists to examine a muddy swamp in Spain that was first noted as a possible location for Atlantis by a German scientist looking at satellite photos in 2003.

Freund's 2009 expedition and his team's findings are outlined in the new National Geographic Channel film called "Finding Atlantis," which has its premiere on March 13 at 9 p.m. In advance of the premiere, the will host a screening of the film at 7 p.m., Wednesday, March 9, at the university's Wilde Auditorium, and the public is invited.

Google Earth as a tool of archeology

So how did Freund, who is known for his excavations into historic sites in the as outlined in his book "Digging Through the Bible," get involved in trying to find the famed lost city?

It began in 2003 with the report from the German scientist, who saw what looked like a circular structure with a straight line attached to it in a satellite photo that included the Parque National Coto de Donana, a vast swampy area south of Seville.

"Google Earth is one of the great archaeological tools today," Freund said of the satellite image. Pointing to the circular impression, he said: "That doesn't happen naturally."

Over the next few years, others conjectured that the structures visible on the satellite images were similar to the island of three concentric circles with only one entrance in and out described by Plato in his accounts of Atlantis, written in about 360 B.C. Plato also placed Atlantis near the "Pillars of Hercules," known today at the Strait of Gibraltar, which connects the Atlantic Oceon to the Mediterranean Sea.

Through the swamp is now more than 100 miles from the Mediterranean, Freund postulated that the area once could have been situated on an open bay that was silted in by a tsunami or another natural disaster.

"I've become an expert in places that have become silted in," Freund said.

Scientists were challenged, though, in doing any excavation inside the swampy national park. The ground was covered in water for 11 months of the year, and even in August and September, the water table was very high, Freund said.

'An MRI for the ground'

Since 1995, Freund has been using a technology more commonly used in oil and gas exploration to examine sites before excavation.

"We map the subsurface," he said. "It's like an MRI for the ground."

Freund and his team brought their equipment to the site during the area's driest months, August and September, in 2009.

"By shooting electricity into the ground, we're able to distinguish between different types of material," he said."This type of technology can map the entire subsurface instead of digging. ... It's a form of non-invasive archaeology."

What the team found in its subsurface mapping was a pattern at regular intervals — also something that doesn't occur naturally. It made sense to Freund, based on Plato's account, that the whole city could have been buried by a cataclysmic event and covered over in mud.

The National Geographic film also examines other sites around the world that claim to be the remnants of Atlantis, including one in . But Freund believes that Atlantis would have to be near the Straits of because of Plato's meticulous description.

"This quacks like a duck and looks like a duck," he said, adding that National Geographic told him "you've got the best evidence."

In addition to the advanced scientific mapping and carbon dating on cores of material that confirmed human activity at the site about 4400 years ago, colleagues on Freund's team found two figurines on the first and second days of their trip that are "Astartes," or images of a widely known Phoenician goddess.

"What if Atlantis was located in and the origin of civilization didn't happen in the Middle East but happened in ?" Freund said he asked himself. "I think that the Atlanteans are the parents of the Phoenicians."

Freund also theorized that if Atlantis was destroyed rapidly, any survivors would have paid tribute by building smaller scale versions of it, as other several other early civilizations had done with their holy sites.

He took a trip with a Spanish scientist to view ancient sites surrounded by several concentric moats and eventually traveled to a museum that contained many examples of "standing stones" with a symbol that looks similar to Plato's drawings of Atlantis. 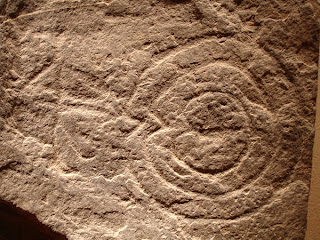 "There are more than 100 of them, and they come from all different places in the area," Freund said.

The similarity of the stones convinced Freund that the surviving Atlanteans had built tributes to their destroyed city throughout .

So what's next for Freund? A trip this summer to a "very large artificial mound on the coast of " that could be the oldest Phoenician port ever found.

Freund also has a new book coming out called "Digging Through History: From Atlantis to the Holocaust."