Damaged Hearts Could be Repaired 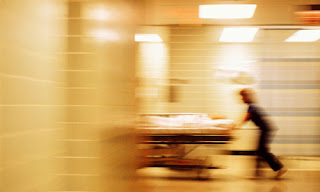 This confirmation of the early heart’s capacity to regenerate is welcome and strongly indicates that a protocol exists to selectively replace damage.  It may turn out to be a combination of surgical removal of damage followed by scaffolds and some form of bio stimulator.  These are all been successfully worked on today and the big problems are slowly yielding to research.

Much sooner than much later organ regeneration and damage repair is going to become a routine part of medicine.  This will have the enormous benefit of restoring primary health for most and returning them to productive living.  On top of that the procedures will be swift to implement and the patient recovery complete.

The investment by society will be a fraction of the benefit.

Even without repairing cellular aging, a human being is able to be economically active into his nineties if his body is stable.  That it is presently a rarity is only an artifact of our lack of knowledge.

Damaged hearts could one day repair themselves, mouse study suggests

Newborn mice can regenerate 15% of their heart tissue, raising the prospect of treatments to regenerate human hearts

The hearts of newborn mice can repair themselves after an injury, a discovery that raises fresh hopes for healing damaged hearts in people. Scientists knew that some fish and amphibians could regrow parts of their hearts after major injuries, but there was no good evidence for this in mammals.

In the latest study, US researchers showed that one-day-old mice could regenerate 15% of their heart tissue within three weeks, an ability they lost a week or so after being born. Heart scans showed that parts of the organ that had been surgically removed had not only grown back but were functioning normally.

The finding has raised hopes that the human heart may also have a natural ability to heal itself. If this could be switched on in adults, it could potentially help 750,000 people in alone living with heart damage.

"Now that we know that the mammalian heart indeed possesses the potential to regenerate, at least early in life, we can begin to search for drugs or genes or other things that might reawaken this potential in the adult heart of mice and eventually of humans."

Writing in the journal, Science, the researchers explain how surgery to remove the bottom tip of the heart from newborn mice caused healthy heart muscle cells to multiply and repair the injury.

Advances in medicine mean that more people survive heart attacks than ever before, but patients are usually left with scar tissue that impairs the heart's ability to pump blood around the body. Such debilitating heart failure is one of 's main causes of disability, leaving some patients housebound and fighting for breath. Even getting out of bed or eating a meal can be incredibly difficult.

Jeremy Pearson, associate medical director at the British Heart Foundation, said the discovery was exciting and "strengthens the view that understanding how this happens could provide the key to healing adult human hearts".

"If you get somebody to hospital immediately after a heart attack, you might well start thinking of a treatment that starts this repair process very quickly," he said. "But for a lot of other people, the main trouble is heart failure when they have had some mild damage for years and years and it slowly gets worse. At that point, you might think of more complicated interventions, to reduce the amount of scarring before inducing the heart to repair itself. It's a long way off, but these are probably the world leaders in the field."