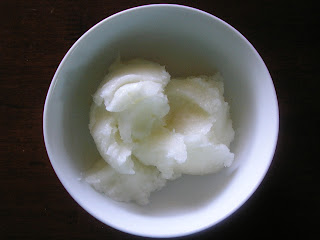 This is an unexpected result that clearly points the way to successfully blocking the production of caries. It even sounds as if a modest use of the oil by children in particular will go along way to avoid cavities while their teeth are growing. Effective protocols need to the thought out.

Of course the industry will quickly find a way to get this into tooth paste for the rest of us and we will barely notice that we are actually doing something quite smart.

In the meantime we will have to keep our eye out for natural ways in which to deliver the actual benefits. I doubt if a tablespoon of the oil is such a good idea.

(NaturalNews) After decades of warning the public to stay away from supposedly artery-clogging coconut oil, mainstream science has recently produced studies showing that not only does coconut oil appear to be heart friendly, it also has a host of other health benefits. The latest research now reveals consuming coconut oil could save your teeth.


The reason? It turns out the oil is able to fight the bacteria that cause tooth decay, according to scientists who recently presented their work at the Society for General Microbiology's Autumn Conference at the University of Warwick in the UK. What's more, coconut oil appears to have a broad impact against many pathogens - making it an important, natural weapon in fighting infections which have grown increasingly resistant to antibiotics.


The researchers from the Athlone Institute of Technology in Ireland tested the antibacterial action of coconut oil by treating it with enzymes in a process similar to digestion to see how the oil would react once consumed. They found that coconut oil, once ingested, should be able to halt the growth of most strains of Streptococcus bacteria, including Streptococcus mutans. This type of bacteria is a primary cause of cavities because it produces tooth-damaging acid.


In addition, the research team discovered the enzyme-modified coconut oil was also active against the yeast Candida albicans that can cause thrush and other health problems. Now the scientists are working to find out how coconut oil interacts with Streptococcus bacteria at the molecular level and which other kinds of harmful bacteria and yeasts it might be able to zap.


"Dental caries is a commonly overlooked health problem affecting 60-90 percent of children and the majority of adults in industrialized countries," Dr. Damien Brady, who is leading the research, said in a press statement. "Incorporating enzyme-modified coconut oil into dental hygiene products would be an attractive alternative to chemical additives, particularly as it works at relatively low concentrations. Also, with increasing antibiotic resistance, it is important that we turn our attention to new ways to combat microbial infection."


Learn more:
http://www.naturalnews.com/037089_coconut_oil_bacteria_tooth_decay.html#ixzz25himd81P
Posted by arclein at 12:00 AM

Been using this for a long time, most natural 'cures' on the internet work, you shouldn't wait decades until the mainstream can't keep denying it anymore. All diseases can be reversed.

If this is a truth, then it is good for the people who cook food in oils. They can add coconut oils and can be benefited by the cause of tooth decay.

I've heard about the benefits of the coconut oil against dental caries while having my teeth whitening in mandurah. The question is, how frequent should one take it and in what amounts?

My dentist from longview texas told me this is true but as to using coconut oil in cooking, I am not so sure. When used as cooking, it gives off a good scent but it alters the taste of the food as well. It all depends on what's in the recipe.

In the case of tooth decay, the bacteria make acids, which eat away at the hard mineral layers of the tooth. A cavity is formed when the acids cause more damage than the tooth can repair.

Most people don't like the odor of coconut oil, so I'm afraid they won't use it for preventing the tooth decay. Nice information and thanks for sharing it.

Well, that's good news. But in some ways, we should be very careful with the stuff we're trying on our teeth because they're highly sensitive. One wrong move and the stuff you thought was effective would bring you a head-banging pain. Still, it's better to ask for your trusted dentist about this before trying it.

Thank you very much for posting this. Although I regularly visit my Austin Dentist, I still think that I shouldn't highly rely on just proper hygiene to ensure my dental health. Also, I don't really trust generic toothpastes. I've read this article about how fluorides cause fluorosis or teeth stains; so much for strong healthy teeth if they look rotten because of fluorosis.