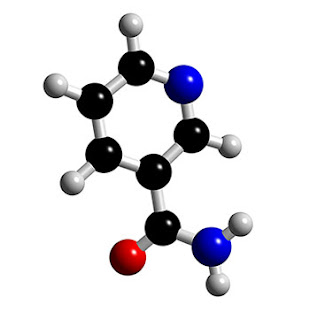 This is an important result that should find its way into clinical practice immediately in quite the same way that niacin or vitamin B3 found its way into cardiac care. We are talking about high doses here, but the key point is that if you are clearly fighting any infection, strong doses of vitamin B3 is indicated as therapeutic and a natural support of any other therapies.

I think it is aggressive to shout the word cure as this item does but I do think that it this provides us a clear explanation for the wide responses experienced in antibiotic therapies. It is not proven but it is possible that a low B3 level hampers both the antibiotic and the natural immune response.

It is also a plausible explanation for strong immune response from parts of the population in the first place.

In short, this is very good news and may turn out to be better than anticipated yet.

Vitamin B3 may be the cure for drug-resistant superbug infections

(NaturalNews) While the pharmaceutical industry is busy trying to conjure up new drugs to tackle the antibiotic-resistant "superbug" epidemic, a recent study published in the Journal of Clinical Investigation explains how simple vitamin B3, also known as nicotinamide (NAM), taken in high doses may effectively thwart staph and other potentially life-threatening infections without the need for drugs.

Researchers from both Cedars-Sinai Medical Center in California and the Linus Pauling Institute (LPI) at Oregon State University (OSU) collaborated with one another to test the effects of high doses of NAM administered to both live mice and human blood infected with Staphylococcus aureus (S. aureus). What they found was that vitamin B3 significantly boosts the number and effectiveness of neutrophils, or white blood cells that target infections.

It turns out that, when taken in doses far higher than those recommended by the federal government, vitamin B3 is capable of significantly boosting the body's own natural immune system to the point where many diseases simply cannot survive. According to the study, vitamin B3 is capable of increasing immune capacity by 1,000 times, allowing the body to naturally fight MRSA and other deadly pathogens.

"This could give us a new way to treat staph infections that can be deadly," said Adrian Gombart, an associate professor at LPI, about the dramatic findings. "It's a way to tap into the power of the innate immune system and stimulate it to provide a more powerful and natural immune response."

NAM is not just effective against S. aureus, though. Several other virulent pathogens, including human immunodeficiency virus (HIV), also seem to respond favorably to NAM's dramatic immune-boosting capacity. By bolstering the immune system's natural defenses, NAM appears to facilitate the destruction and elimination of a host of deadly pathogens and viruses.

"NAM is not only effective against S. aureus, it also has demonstrated efficacy against other major human pathogens, such as K. pneumoniae (Klebsiella pneumoniae) and P. aeruginosa (Pseudomonas aeruginosa), in our human peripheral blood killing assay," wrote the authors in their discussion. "We have demonstrated that NAM, as an HDAC inhibitor, can improve host defense and thereby promote bacterial clearance."

And unlike antibiotic drugs, vitamin B3 does not destroy all the beneficial bacteria in the gut along with the harmful bacteria. So for most people, taking mega-doses of therapeutic vitamin B3 is preferable to taking immune-destroying antibiotics that can later promote the growth of Candida albicans and other harmful yeast overgrowths and bacterial imbalances within the body.

Learn more:
http://www.naturalnews.com/037063_vitamin_B3_superbugs_infection.html#ixzz25WhklMA5
Posted by arclein at 12:00 AM