The Battle to Find Sasquatch 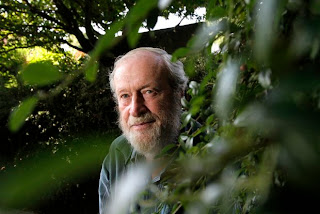 The wake up call for myself came when I decided to review the available literature on the Sasquatch back in the late nineties. Prior to that I had read odds and ends over the years including the work of Ivan Sanderson who deserves serious credit for inspiring a generation of interest in cryptozoology. That was enough to alert my interest and at least to reserve judgment.

I no longer recall why I sat down and specifically decided to do a close review except perhaps it was the most likely to be rewarding in that field. Besides there was real archeological evidence supporting the plausibility.

I came across John Green's tome on the subject. He had gathered all the creditable reports that he could over his long career as a small town newspaperman and had gone way beyond that and searched other sources everywhere he could accumulating hundreds of individual accounts. This data clearly shaped the case. It also lead directly to my establishing a conforming evidence protocol for the investigation of any unknown. This was described and developed in my manuscript ' Paradigms shift'.

The advent of the internet has nicely augmented his pioneering effort and has now cataloged and checked thousands of individual reports to date. The data base is likely the best in existence for something that is supposed to not exist.

What has clearly happened over the past decade is that serious researchers from the field itself have begun to stand up. Bildernagal and Meldrum have led the charge and as noted, with the advent of increasing evidence of several contemporary hominid species in existence throughout human existence, support is steadily building.

We still have to figure out how to convince a couple to come in from the cold and visit a laboratory or two to finish the job but I suspect that may even be possible if we get smart about it.

It is going to take a number of expeditions and smart strategies to produce hard results. After all this creature is adept at staying out of our way although not so concerned so as to not use the convenient roads and trails we have made. He is also curious about us and should respond warmly to food gifts.

The battle to find sasquatch


Read more:
http://www.timescolonist.com/technology/battle+find+sasquatch/7307698/story.html#ixzz27gRpaXmW
The sasquatch is just waiting to be discovered in B.C., but too few want to admit or investigate it, says a Vancouver Island wildlife biologist and author.

“And we have what has to be the best sasquatch habitat anywhere on the planet right here on the B.C. coast,” said Courtenay’s John Bindernagel, author of the 2010 book The Discovery of the Sasquatch.
“The question for me is no longer ‘Does the sasquatch exist or not?’ but ‘Why has the existence of the sasquatch been resisted for so long?’ ” Bindernagel said.

Now 70, he believes enough sightings, tracks and other evidence of the large ape-like sasquatch — Coast Salish for hairy man — have been collected to provide evidence of the creature’s existence in B.C. and North America.

Bindernagel has collected casts of massive, human-like tracks from Strathcona Provincial Park and even heard a “whoo, whoo, whoop” call. It’s similar to a chimpanzee’s call in Uganda, but he believes it is a sasquatch calling out for its own kind.

Bindernagel comes to the investigation of the sasquatch as a scientist. He studied at the University of Guelph and the University of Wisconsin and holds a PhD in wildlife biology. He has worked in Africa, Asia, the Caribbean and Central America, teaching, conducting research, surveys and preparing and implementing wildlife management plans and conservation measures before returning to Vancouver Island, where he worked as a consultant.

The Discovery of the Sasquatch is Bindernagel’s second book on the subject and the most scholarly in its approach. Even he admits his first book, North America’s Great Ape: The Sasquatch, was undertaken with a hobbyist’s approach to the subject.

But the first book attracted the interest of some of the world’s best-known biologists, including chimpanzee researcher Jane Goodall. And after its publication, Bindernagel said something unusual started to happen: People began contacting him with reports of sightings. But before they even began to talk with him, they wanted to know one thing.

So he began to collect their reports. Bindernagel also began to collect and document details of other reported sightings and bring them together, looking for patterns or repeated details.
But he started to run into what he calls a roadblock of “prevailing knowledge.” Too many scientists were unwilling to look at evidence from various sightings. They refused to give much credence to the plaster casts of tracks. “We can’t get our papers accepted at professional conferences, so our colleagues have remained ignorant of the  evidence,” Bindernagel said.

“The scientific gatekeepers keep saying, ‘No, no, no, having Bigfoot on our agenda would taint our whole conference.’ ”

So in his latest book, he attempts to take a scholarly approach, reviewing and summarizing the existing evidence. He also tries to put it in the context of scientists’ approach to “the discovery process.”
It’s a process he contends is taking far longer than it should because of scientific reluctance. “We have scientists demanding evidence, like DNA,” Bindernagel said. “At the same time, they are ignoring the evidence we do have.

However, scientists such as Grant Keddie, curator of archeology at the Royal B.C. Museum, take exception to the notion scientists are ignoring the evidence. There just isn’t any to study, they say.
Keddie said in the past, he has conducted investigations into several sightings, including one report of a creature running in front of a passenger-filled bus near Errock in the Fraser Valley in the mid 1970s.
He said he went to the site, conducted a methodical, systematic grid search, as used in archeology, and found nothing. Samples of scat turned out to be coyote droppings.

Newspaper reports had described footprints so deep they could only have been made by a creature weighing at least 800 pounds. But Keddie said he made deeper prints running in hiking boots.
Police investigators were called in and turned up four men who had rented a gorilla suit, then waited for a bus, before one ran across the road.

Another report came from a man with no experience in the B.C. backcountry. An interview revealed the sighting came after a stint in a pub, where locals joked the man was heading into sasquatch country.
But Keddie said when stories are refuted, the proven falsehoods don’t seem to gain the same traction in the public mind. Nobody remembers them when the next report becomes public. People again start blaming “scientists” for ignoring the evidence.

Keddie said if any evidence was to emerge that was even remotely solid, such as a bone or tooth, the top physical anthropologists in Canada would be on the next plane to B.C.

“So when I get asked, ‘Have you ever talked to anyone who is really believable or who has good solid evidence?’ I say, ‘So far I haven’t,’ ” Keddie said.

But Jeff Meldrum, associate professor of anatomy and anthropology at Idaho State University, said it’s only a matter of time before such evidence surfaces.

Meldrum said in a telephone interview that within the last 15 years, new discoveries have scuttled ideas of human evolution being a linear process to modern homo sapiens. It now looks more likely that as many as six early humans, or hominin, occupied the world at the same time in human prehistory.

Discoveries like the 2003 find in Indonesia of homo floresiensis, the remains of a one-metre-tall creature dubbed “the Hobbit,” have rocked previous theories. Estimated at 18,000 years old, this creature was clearly living at the same time as early humans.

Meldrum said such discoveries have seen even previous sasquatch skeptics starting to consider more seriously the idea of a North American ape-like creature, another species of hominin living now.
“The prospect that such populations might have persisted into the present is not so far-fetched,” he said.

“The scientific community is coming around to recognize that this is a very legitimate question.”


Read more:
http://www.timescolonist.com/technology/battle+find+sasquatch/7307698/story.html#ixzz27gRxzgay
Posted by arclein at 12:00 AM