The Women Who Changed Her Brain - Review 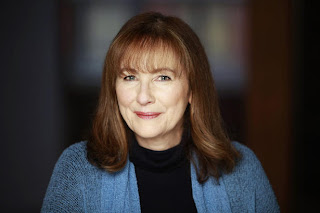 This book is well worth the read as it describes multiple case studies and tackles a wide range of learning deficits. Yet thirty years of practical application still puts this body of empiricism in the early days of both acceptance and general application.

Listen to what I mean here. It is obvious to tackle the clearly learning deficient. It is not obvious to evaluate every individual for learning deficits. What is clear here is that the brain naturally favors what works best and empowers that against other skills. Thus application of enhancement protocols are useful for everyone including the so called smartest.

These enhancement protocols are not onerous so much as time absorbing. They need to be worked at in the same way we work to improve muscle tone and strength.

The work suggests that there are a fair number of target areas that need to be attended to. As well the protocols are likely helpful for those areas already strong. Thuys rthese methods need to come into common usage.

The Woman Who Changed Her Brain by Barbara Arrowsmith-Young: Review


People with learning disabilities have long been told they must learn to compensate for their deficits, because they will never improve. In The Woman Who Changed Her Brain, Barbara Arrowsmith-Young offers her own story, and those of her students, to refute that conventional wisdom.

It's a fascinating book that speaks to the lag between exciting developments in brain science, and existing educational practices.

Arrowsmith-Young was born in 1951 with serious learning disabilities. She could not understand logic, cause and effect, or events in real time. She could not tell time on a clock with hands. Basic math was a mystery. She could not fully grasp what she heard or read. She was a self-described klutz beause she wasn't aware of the left side of her body. She describes her life as being “enveloped in a fog that never cleared.”

Arrowsmith-Young's phenomenal memory and determination got her through school. But she felt alone — different; stupid, with few friends. At 14, she cut her wrists with a razor blade, hoping to die. Then she woke up and castigated herself for failing to get even that right.

At 25, Arrowsmith-Young encountered, while in graduate school, the work of Aleksandr Luria, a Russian doctor and psychologist who helped brain-damaged soldiers overcome their dysfunction. She also read the work of an American researcher who proved that rats' brains physically changed in response to stimulation.

Based on this research, Arrowsmith-Young created flash cards to simulate the movement of a clock's hands. She spent hours on this and other exercises, persisting until she rewired the parts of her brain that had not been working.

Arrowsmith-Young's fog lifted — for good, she says. She had stumbled across the foundations of the science of neuroplasticity. That science refutes the idea that the brain is fixed after a certain age. Essentially, neuroplasticity is the concept that cognitive exercises and experience can change the brain's very structures — forming new neural pathways at any age.

As Arrowsmith-Young describes, she has for more than 30 years harnessed the ongoing discoveries in neuroplasticity to create an educational program to address deficits in learning. She now runs the Arrowsmith School in Toronto. She has created a program by which children, young people and adults can change their own brains, by performing her repetitive exercises.

Arrowsmith-Young recounts the stories of about 30 children and adults who have corrected learning disabilities by performing her cognitive exercises, either at her school or other private schools in Canada or the United States who use her program. It's an exciting and hopeful book for anyone who has struggled with learning disorders, for their family members or for the educators, social workers, psychologists and physicians who have tried to help them and have witnessed the toll these disabilities exact.

The book is also frustrating, however. There are children struggling across Canada with the same deficits that Arrowsmith-Young and all of her students faced. But this science — and these programs, which have been evaluated — are not available to them. According to the Arrowsmith School website, the Toronto Catholic District School Board is the only public board in Canada that has offered the Arrowsmith program, at four schools. The board's continued use of the program has been contentious — largely because of cost.

Dr. Norman Doidge is a Toronto psychiatrist who has written about both Arrowsmith-Young and neuroplasticity, first in a magazine article and then in The Brain That Changes Itself (Penguin Books, 2007). He also wrote the forward to The Woman Who Changed Her Brain. He's clearly bothered that so few people know about Arrowsmith's methods, given the need.

Unfortunately, access is the issue — not just lack of knowledge. The majority of Canadian families can't afford tuition at the private schools where the Arrowsmith program is primarily offered. Until this knowledge and these programs make it into mainstream public schools, children and youth with learning disabilities will continue to be disadvantaged.