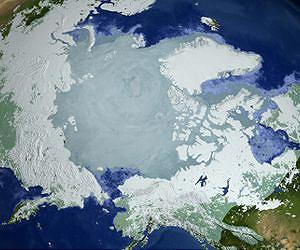 It is worth been reminded that the Arctic has enjoyed a long period of investment by
Russia almost independent of a creditable economic rationale outside mining needs. Sustaining that paid for infrastructure is the present challenge.

Canada faces the same challenges and ultimately will build a network of costly roads to open up this country. This has largely been driven by mining and will surely continue to be. Road building can be done along high ground through known mineral provinces.

The problem with these roads is that they need to be gravel dams in order to separate the road bed from the permafrost. Just sourcing that much rock is daunting.

The fact remains though is that most mines are developed near handy infrastructure because that are simply able to economically handle lower grades. Thus it truly behooves government to drive roads well ahead of actual mining.

A great example of that is a very rich deposit was found in the Stikine in the Early Eighties and was swiftly mined out with a road built in to make it possible. What is forgotten is that proven world class reserves in excess of 10,000,000 ounces had been found in the region and developed up long before with grades that would have assured production further south on a highway. Those reserves are still there.

The problem of the tundra is there is no creditable economic agricultural base to lock in a population. That will not change.


The Arctic Region acquired its economic and geopolitical importance in the Soviet days. This chapter in the Russian history witnessed a number of successes in the intensive development of the Arctic resources. oscow (Voice of Russia) Sep 05, 2012

Historically, the Arctic Region has been part and parcel of the Russian economy. Due to the decades-long support from the Russian government, it boasts a powerful industrial infrastructure and the scale of its economic activity far surpasses the economic performance of other Arctic nations.

Compared to any other Arctic country, Russia has made remarkable achievements in the Arctic. It has succeeded in creating a powerful industrial and social infrastructure in the harsh conditions of the Arctic.

Undoubtedly, this gives Russia a clear edge over competitors in further development of the Arctic resources. In what is seen as a unique setting, Russia has built whole industrial cities behind the Arctic Circle along with vast industrial zones comparable to such industrial areas as Ruhr, Wales and Silesia.
At present, the Russian part of the Arctic incorporates 46 cities and villages and is home to more than 5,000 residents. Four cities - Murmansk, Norilsk, Novy Urengoy, and Noyabrsk - are populated by more than 100,000 people and have the world's largest iron and steel plants, coal mines, mining and processing facilities, oil and gas production plants, pipelines, and nuclear power plants (the Kola and Bilibino NPPs). The Russian Northern Fleet has its operational zone in the Arctic and Russia's major defense industry facilities are concentrated in the Arctic Region as well.

The Arctic Region acquired its economic and geopolitical importance in the Soviet days. This chapter in the Russian history witnessed a number of successes in the intensive development of the Arctic resources.

During this period Russia adopted the Concept of Pocket Development for the northern regions. The so-called "pockets" or transportation hubs that were created in port cities stimulated industrial growth. Marketing was encouraged by the construction of sawmills, timber processing plants, fish canning factories and mining plants.

The discovery of numerous oil and gas deposits in the Arctic served as yet another foundation for the creation and subsequent development of industrial "pockets". The town of Apatity in the Murmansk Region came into being due to the discovery of the world's largest deposit of apatite, a raw mineral used in the production of phosphorus mineral fertilizers, in the 1920s. In turn, exploration and development of coal reserves in the basin of the Pechora River led to the appearance of the city of Vorkuta.

The city of Norilsk sprang up as part of an ambitious Arctic project aimed to establish an industrial area in the Arctic. The development of adjacent territories took place parallel to the construction of the city of Norilsk and the Mining and Metallurgical Company "Norilsk Nickel". The construction of the Ust-Khantaika HPP and the development of the Messoyakhskoye oil and gas field were among the projects that concentrated around Norilsk as a core element of the social and industrial infrastructure that was built around it.

As a result, Norilsk has developed into a top-ranked administrative center with a high-level servicing and management system and a balanced internal environment. There are no equivalents of the city of Norilsk and the Norilsk Industrial Area elsewhere. MMC Norilsk Nickel was part of a group that united a number of plants throughout the country on the basis of a common copper-nickel sulfide ores processing technology.

The history of the development of the Russian Arctic can match or even surpass the scope of building major construction projects in the Soviet Union. An equivalent of two annual budgets of the Soviet Union was spent on the construction of the city of Norilsk and MMC Norilsk Nickel and its infrastructure.

Equally hefty investments went into the creation of transport infrastructure, including ports, roads, airlines, and railways, which were necessary to ensure the functioning of the Northern Sea Route.

The creation of industrial and social infrastructure of the Yamal-Nenets Autonomous District in the 1970s made a special chapter in the history of the exploration of the Arctic. Given that the district abounded in gas and oil reserves, it was important to build oil and gas facilities, thousands of kilometers of trunk pipe lines, power plants and roads. At present, the ambitious plans for Yamal's gas reserves have opened a new chapter in the industrial development of the region.