Warp Drive May Be Feasible 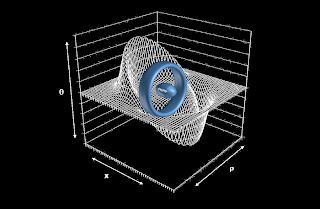 This is really very promising. I have read alternative reports that describe doing something like this and it is also exactly the type of technology that can be mounted on a Magnetic field Exclusion Vessel or MFEV. A focus fusion engine should be able to provide the necessary power.

I also suspect that real velocity of many times the speed of light will be possible. Ten times is nice but it still insurmountable for easy travel. Of course, if we figure out how to build wormholes, then it is sufficient for the transport of one end to another star system. Such wormhole ends need to be out in space just to allow easy vector adjustment for objects exiting it. Recall that relative velocity and local curvature will be radically different most of the time if not all of the time and will often determine the amount of energy needed to get back on a useful trajectory.

The point now is that real experiments can be tried out as a proof of concept.

Warp Drive May Be More Feasible Than Thought, Scientists Say


HOUSTON — A warp drive to achieve faster-than-light travel — a concept popularized in television's Star Trek — may not be as unrealistic as once thought, scientists say.

A warp drive would manipulate space-time itself to move a starship, taking advantage of a loophole in the laws of physics that prevent anything from moving faster than light. A concept for a real-life warp drive was suggested in 1994 by Mexican physicist Miguel Alcubierre; however, subsequent calculations found that such a device would require prohibitive amounts of energy.

Now physicists say that adjustments can be made to the proposed warp drive that would enable it to run on significantly less energy, potentially bringing the idea back from the realm of science fiction into science.

"There is hope," Harold "Sonny" White of NASA's Johnson Space Center said here Friday (Sept. 14) at the100 Year Starship Symposium, a meeting to discuss the challenges of interstellar spaceflight.

An Alcubierre warp drive would involve a football-shape spacecraft attached to a large ring encircling it. This ring, potentially made of exotic matter, would cause space-time to warp around the starship, creating a region of contracted space in front of it and expanded space behind.


Meanwhile, the starship itself would stay inside a bubble of flat space-time that wasn't being warped at all.

With this concept, the spacecraft would be able to achieve an effective speed of about 10 times the speed of light, all without breaking the cosmic speed limit.

The only problem is, previous studies estimated the warp drive would require a minimum amount of energy about equal to the mass-energy of the planet Jupiter.

But recently White calculated what would happen if the shape of the ring encircling the spacecraft was adjusted into more of a rounded donut, as opposed to a flat ring. He found in that case, the warp drive could be powered by a mass about the size of a spacecraft like the Voyager 1 probe NASA launched in 1977.

Furthermore, if the intensity of the space warps can be oscillated over time, the energy required is reduced even more, White found.

"The findings I presented today change it from impractical to plausible and worth further investigation," White told SPACE.com. "The additional energy reduction realized by oscillating the bubble intensity is an interesting conjecture that we will enjoy looking at in the lab."

White and his colleagues have begun experimenting with a mini version of the warp drive in their laboratory.

They set up what they call the White-Juday Warp Field Interferometer at the Johnson Space Center, essentially creating a laser interferometer that instigates micro versions of space-time warps.

"We're trying to see if we can generate a very tiny instance of this in a tabletop experiment, to try to perturb space-time by one part in 10 million," White said.

He called the project a "humble experiment" compared to what would be needed for a real warp drive, but said it represents a promising first step.

And other scientists stressed that even outlandish-sounding ideas, such as the warp drive, need to be considered if humanity is serious about traveling to other stars.