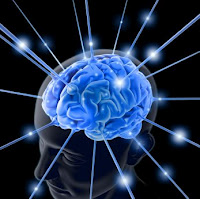 The take home is that the multiple appearance of this protein controls brain size and this is unexpected.

The next question of course is to discover if any variation exists in the human population. I cringe of course on this one. The answer could be annoying.

My own take is that a combination of natural talent needs to be combined with substantial brain training at the right time for an optimal result. The same also holds true for muscle training.

An intensive feeding and progressive muscle training program during the puberty growth spurt will produce a Tarzan who maintains definition effortlessly thereafter. Of course most kids are fat sods during that time with no good outcome.

Post puberty is the best time to focus on brain training for a solid decade.

However, it is also true that ninety five percent of the population or more will struggle to accommodate mathematics and as many will never display a photographic memory. Yet I am still not so sure on all that. I strongly suspect that we simply have not learned protocols that can release each and everyone of our real talents. If you must work at it, you surely have it wrong!

A protein particle that made humans most intelligent found

Scientists have discovered that a tiny particle within a protein allowed humans to become the most intelligent creatures on the planet.

Researchers from the University of Colorado found that the protein domain issue known as DUF1220 holds the key to understanding why our brains are so much bigger and more complex than any other animal, the Daily Mail reported.

DUF1220 is a protein domain of unknown function that shows a striking human-specific increase in copy number is considered important to human brain evolution.

Humans have more than 270 copies of DUF1220 encoded in their DNA, far more than other species.
“This research indicates that what drove the evolutionary expansion of the human brain may well be a specific unit within a protein – called a protein domain – that is far more numerous in humans than other species,” Professor James Sikela from the University said.

The closer a species is to humans, the more copies of DUF1220 show up. Chimpanzees have the next highest number, 125. Gorillas have 99, marmosets 30 and mice just one.

“The one over-riding theme that we saw repeatedly was the more copies of DUF1220 in the genome, the bigger the brain. And this held true whether we looked at different species or within the human population,” Sikela was quoted as saying by the paper.

It may also explain how human brain’s unequalled mental capacity evolved so rapidly and dramatically, a mystery that has baffled researchers for decades.

The modern human brain is three times larger in volume than those of the great apes, our closest living relatives.

More importantly, its ratio to body size is significantly larger and it has a much greater cerebral cortex, the area that controls higher thought processes, with a higher concentration of neurons.

The study was published in The American Journal of Human Genetics.