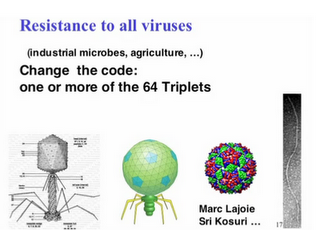 This item tells us that genetic work has now advanced sufficiently for us to contemplate developing and even discovering real strategies capable of producing human immortality.  More correctly this means a generally indeterminate lifespan in which the risk of accidental death will dominate.

It is very optimistic but obviously well received.  I suspect that we are seriously much closer than we all think.  Likely just as well because actual population expansion is flatling among fully developed populations and is actually set to decline in time unless our death rate seriously declines.  That is the promise of a regime of hugely postponed mortality.

The human lifeway itself will be centered on nurturing communities of about one hundred and fifty that command the land and in which all members participate in mutual support and link to additional such communities as needed.

Children will be truly precious and well guided into the sinews of his community.


George's idea is to bring in sections of DNA from exotic organisms or genes that are rare for humans to enable all people to have desired genetic capabilities. He describes capabilities such as immunity to all viruses and cellular immunity to radiation and creating immunity to diseases.


They are working to sequence and determine the genetic basis for long lived animals and humans and determine how to engineer longer lived people.


They are working on approaches to rejuvenate different kinds of cells including the neurons of the brain. 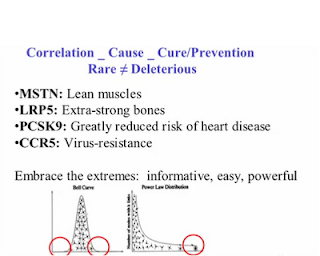