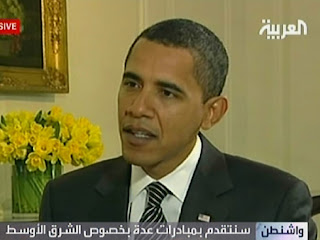 This item tosses a reality check on the underling failure of Obama’s obviously naïve approach to foreign policy some four years ago and only served to prove its naivety.   He has also made some mistakes and some serious omissions.  However, that is hardly a unique failing with presidents.  certainly fumbled the Osama file and Bush slept a full year on it before it blew up in his face.

Whoever wins in November will be realistic about what can be accomplished and to be fair, the hand looks pretty decent today although little of that improvement belongs to Obama at all.  Sometimes neglect is a fine policy as it allows a number of players to resolve their own issues.

In particular is on the way to been properly governed and this will reinforce general stability in and bring major change there.  Present fears will prove to be transient.

Whatever the outcome in , it will be hugely weakened and this is a collapse of Iranian influence however painted.

At the same time all the Islamist radicals in Southern Lebanon, , and who are all self governing are simply getting older and are not keen to turn over the reins to younger hot heads.  They can also count and can see their best and brightest leaving Dodge while itself is booming in population and economic strength.  Just how long can you rationalize sleeping in a gutter outside a palace for the sake of a difference of opinion?  Today, they have no allies in fact besides who has had its hands cut off in .

Other problems have similarly evaporated and that includes and now prospectively .

continues to challenge but that is the one special case needing attention as is .  Both have annoyed and have paid a price for that.  is on the verge of regime change and that promises to be actually beneficial.  needs regime change that is beneficial.  needs a regime that gets back to the basics of good governance simply because its rival is now pulling ahead with a vengeance.

The best that the may be able to achieve is to be encouraging and that may be good enough.  Remember that the weight of history is on the side of the West and it is now overwhelming and happening rapidly.  All the turmoil is merely governments and cultures coming to grips with this and discovering how to adjust.  Remember and .  No one wishes to emulate their glowing example by getting forced to do the right thing at gun point.  And yes, today the is now a small part of the modern world even if everyone else is quite happy to stick them with the bill for preserving perpetual military superiority.

Obama failed to convince Muslims that ’s not their enemy

All the way back in 2009, the newly inaugurated president Obama granted his very first TV interview to the al-Arabiya network.

Speaking to veteran journalist Hisham Melhem, the new president said: “My job to the Muslim world is to communicate that the Americans are not your enemy.” As anti-American riots burn from to , that hope looks distinctly “ Unaccomplished.”

In the immediate aftermath of the killing of the ambassador to , the Obama administration insisted that the Sept. 11, 2012 attacks on the embassy in and the consulate in were spontaneous responses to a YouTube video clip mocking the Prophet Muhammad. That claim, never very plausible, has by now nearly completely unraveled. (’s report Friday in the Daily Beast for the latest debunking.)

The attacks look elaborately planned and timed for the 9/11 anniversary. The raising of the black al-Qaeda flag over the walls of the Cairo embassy was a challenge and a defiance — and a brutal repudiation of the hopes expressed in Obama’s own speech in Cairo, delivered three summers ago:

“I have come here to seek a new beginning between the and Muslims around the world; one based upon mutual interest and mutual respect; and one based upon the truth that and Islam are not exclusive, and need not be in competition.”

That new beginning has not arrived. President Obama can claim important national security successes: the killing of Osama bin Laden and much of what remained of the al-Qaeda leadership in . But the level of anti-American grievance Obama observed and deplored in 2008-2009 has not abated. If anything, the situation in important Muslim-majority countries like and seems even more dangerous today than when Barack Obama took office. This is not to blame Obama for making things worse. It is to recall to mind the unrealism of his promise to make things better.

That promise was based on a series of assumptions that have one by one been falsified:

That the Palestinian issue was the driving cause of Muslim anti-Americanism — and that he could resolve Palestinian grievances by pressing Israel to make concessions; that the anger was somehow caused by President Bush and that it could be alleviated by reversing Bush policies; and — finally — that his own personality and name could somehow reassure Muslims in and of itself.

“I am a Christian, but my father came from a Kenyan family that includes generations of Muslims. As a boy, I spent several years in and heard the call of the azaan at the break of dawn and the fall of dusk. As a young man, I worked in communities where many found dignity and peace in their Muslim faith.”

These words played a variation on the theme that launched Barack Obama’s domestic career. At home, his personal story as the son of a mother from and a father from symbolized hopes of overcoming ’s racial divides. Might his personal story as an American-Christian descended from East African Muslims achieve a similar resonance abroad?

Now we have the answer, delivered by rocket launchers. No.

Again, this is not to blame Obama. He didn’t make the anti-Americanism, and he faces few easy answers in responding to that anti-Americanism. But it does suggest that greater humility might have been in order back in 2008-2009. And it suggests that the problems faced in the Muslim world today go way deeper than suggested by the glib answer, it’s all about Israel — or all about Bush. The anger goes back way further and lies way deeper.

And it probably won’t be allayed by anything much that the or or the larger Western world can do. It will be allayed by changes inside the Muslim world — changes that remove the incentives for local power-seekers to agitate mobs with stories about offenses against Islam; changes that reduce the receptiveness of ordinary people to the demagoguery of local power-seekers. Economic development, the advance of education, the rise of forms of Islam that are less political and more spiritual — these are the forces that will bring change. They’ll be slow. And they are bigger than any one man, no matter how unusual his life story; how eloquent his tongue; or how grand his self-image.