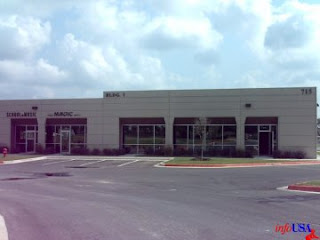 This is the first serious benchmark demonstration of research progress ever provided to the public. It is welcome but also a touch disquieting as fabricating test EESUs of some type should be in evidence all over the place. Obviously they are holding out for now in order to have plenty to provide later. Most likely fabricating the working EESU has been the issue all along.

Once again, expect difficulties to increase ten fold when you reduce dimensionality ten fold. So far my expectations have been met in spades. Yet this is completely normal and the research needs to be broadly supported.

Today the challenge is to produce an EESU panel able to support an EV with a five hundred mile range and having rapid rechargeability. I suspect that they could well do it.

What is not mentioned however, is that this technology lends itself to additional scaling in which that EV will have a range of five thousand miles. That of course will be far more difficult but it is the natural extension of this research.

("ZENN" or the "Company") provided an update on EEStor Inc. ("EEStor") and its progress in the development of its Electrical Energy Storage Units ("EESUs"). This update is being made in connection with the commitment of ZENN to report on technological progress at EEStor by September 12, 2012 and in lieu of a direct release by EEStor. On September 10, 2012 representatives of ZENN and its consultant (Mr. John Galvagni, an expert in capacitors with extensive industry experience in energy storage) attended at the facilities of EEStor in Cedar Park, Texas. The ZENN team was given unprecedented access to EEStor and its technology. EEStor provided an in-depth briefing on the history of its development of EESUs and allowed ZENN's team to observe testing on various layers produced by EEStor.

EEStor is producing EESU layers in its facility in Cedar Park, Texas. The ZENN team was given a full tour of the state of the art facility. It observed a recently produced layer which was tested at 1 volt and had an observed permittivity level in excess of 100,000. The layer did not contain any of EEStor's proprietary composition-modified barium titanate ("CMBT") powders and so was not tested at higher voltages. Without the CMBT powders dissipation and leakage would not be expected to be at commercially acceptable levels. EEStor then demonstrated a layer produced some time ago which had an earlier version of its plastic based matrix and contained the CMBT powders. The earlier versions of the layer had substantially lower levels of permittivity than the recent layers. This layer with the CMBT had a permittivity of approximately 1000 and was tested at several voltages ranging from 1 volt to 1250 volts. There was no observed decline in permittivity throughout the test. Further, observed leakage throughout the test was not in excess of 1 micro ampere even at 1250 volts, a field of 50 volts/micron.

Mr. Galvagni has provided his preliminary report to ZENN and notes the following:

-- the consistency and characteristics of the CMBT appear to be at a level of purity not previously attained. Original purity levels were previously certified by EEStor through a third party in 2009.

-- the plant employs advanced technologies and appears to be easily scalable
Overall Mr. Galvagni expressed his excitement in what he saw. Mr Galvagni was informed of the trigger in certain options granted on September 12, 2011 that depends on EEStor showing "significant progress in technology development" and was asked to provide independent advice in this regard. He advised ZENN that he had witnessed very significant technological progress in the area of capacitors, dielectrics and energy storage. He indicated that if high permittivity levels can be maintained across a range of voltages when the CBMT powders are added to the current polymer based high permittivity version of the EESU, the layers will have significant commercial potential. If the observed high permittivity can be maintained as voltage is increased it could be possible to produce high energy density layers at voltages much lower than the targeted 3500 volt level which would simplify the EESU's commercial application.

EEStor is now working on its next step of adding CMBT powders to its new polymer based high permittivity layers. It believes, based on fundamental research and the tests it provided to ZENN, that these layers should be able to achieve high energy density with low levels of dissipation and leakage and overall performance at or above the targets agreed with ZENN in the Technology Agreement between the parties dated May 15, 2012. However, until the layers are produced and tested there can be no assurance of the performance of these layers.

Jim Kofman Chairman and Interim CEO of ZENN commented: "This is the kind of information shareholders have been seeking for a long time. It is exciting to finally see the technological progress at EEStor. The EEStor team has been working long and hard to prove its technologies and was able to convincingly demonstrate some major achievements. We are mindful that the next step of producing layers that meet all our performance targets is the most critical step, but our observations and Mr. Galvagni's report give us the most current empirical evidence of major scientific breakthroughs at EEStor. It supports our confidence that things are going in the right direction and that EEStor has been making important breakthroughs."

To assist EEStor in its working capital needs, ZENN has offered to advance up to $200,000 to EEStor against payments payable under the milestones in the Technology Agreement subject to certain adjustments depending on when EESUs are certified.

Further updates will be provided once EEStor has produced and adequately tested its new layers. The observations from this visit do not constitute formal certification as ZENN was not able to test or calibrate the testing equipment and Mr. Galvagni was not engaged to conduct formal certification. An independent testing firm is expected to conduct such tests.

John Galvagni has worked in the technology space with a focus on capacitors and energy storage for over 50 years. Most importantly for 38 years he worked with AVX Corporation as an R&D Scientist and an AVX Fellow and was involved in the development of energy storage capacitors. He has an undergraduate degree in Chemistry from St. Michaels College, Vermont, did graduate work in Physics at Bennington College, Vermont and Mass State and an MBA from Webster University, Missouri.

The Company's goal is to be the provider of leading edge power storage solutions and related technologies to the automotive industry.

Technologies and solutions, powered by EEStor's electrical energy storage units (EESU) have the potential to enable OEM and Tier 1 partners to deliver advanced electric transportation solutions to their customers.