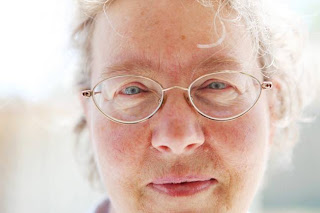 The reports on remote viewing are now rather extensive and becoming well documented. The practice through training, allows the personality to disconnect from the body and as in the near death experience, to travel around and view geography. In this case they tracked down and identified a body before it happened physically. It hardly could have been better targeted.

I share this particular report because it could not be less ambiguous.

Recent efforts by the scientific community to investigate 'luminous dreaming' represents a rearguard action to get into the game long after the horse of hard evidence has left the barn.

The hard fact is that it is possible for the individual consciousness to leave the body and to gather intelligence. This has been hinted at in the past and is a startling development.

It is also obvious that as this methodology is perfected, it will be integrated into police services to specifically run down the evidence pattern of major crimes. In this case no crime was even known and the victim had barely been understood to be missing. Yet a crime was uncovered and a suspect located and run down even before he knew he had a problem.

As the limitations of the tool are understood, effective protocols will be applied to improve efficiency. Police may actually be able to go on real fishing trips.

Angela Thompson Smith, a remote viewer, at her home in Boulder City on Tuesday, April 24, 2012.

When practitioners of paranormal “remote viewing” gather here in June, they will enjoy a little more swagger than in the past.

Last year, a California court convicted a swindler of murder in a case that was solved partly, the lead police investigator said, with the help of remote viewing, a type of extrasensory perception (ESP) that was studied by the U.S. military starting in the 1970s as a way to gather intelligence.

Remote viewing calls for people to look at random numbers and letters and then let their mind wander, during which they will be able to conjure mental images of people, events and places.

Dozens of books have been written about remote viewing by those who were part of the government program, all of them talking about the government’s funding of the Stargate program for some 20 years.

In 1979, during a discussion of remote viewing in the House Permanent Select Committee on Intelligence, Rep. Charlie Rose, D-N.C., surmised that “it seems to me a hell of a cheap radar system. And if the Russians have it and we don’t, we’re in serious trouble.”

Military applications aside, others seek out remote viewers for reasons ranging from business interests to locating missing people.

In 2006, Robert Knight, a Las Vegas-based photographer known in rock ’n’ roll circles for concert photos and portraits of iconic guitarists, was worried that he hadn’t heard from his close buddy, Stephen B. Williams, for more than a month and was concerned for his well-being. The two had been friends since childhood, and as Knight built a photography career around music, Williams became a successful DJ, pulling down $250,000 a year at a Denver radio station in the 1980s.

Knight, who said he became a student of paranormal sciences as a teenager after watching a flying saucer rise out of the water off a Hawaiian beach, turned to Angela Thompson Smith in 2006 for help in finding Williams.

He knew Smith as a teacher of remote viewing, and she apparently knew her stuff. From the late 1980s through 1992, she worked with Princeton University’s Engineering Anomalies Research team. She then moved to Boulder City and became research coordinator for the Bigelow Foundation, which engaged in paranormal research for its founder, Robert T. Bigelow, owner of the Budget Suites of America chain and founder of Bigelow Aerospace.

Smith, who founded Nevada Remote Viewing Group in 2002, is one of the scheduled speakers when theInternational Remote Viewing Association gathers at Green Valley Ranch Resort to commemorate remote viewing’s 40th anniversary. The keynote speaker: Dr. Christopher “Kit” Green, a former analyst at the CIA’s Office of Scientific and Weapons Intelligence and the CIA contract monitor assigned to a significant remote viewing project conducted by the Stanford Research Institute.

When Knight came to her in 2006, Smith and six remote viewers she had trained went to work. They included a retired airline captain from Henderson; a retired U.S. Air Force nurse from Dayton, Ohio; a civilian Air Force contractor from Texas; a civil engineer from Virginia; a photographer from Baltimore, Md.; and a university librarian from Provo, Utah. Each was given a coordinate — a random series of letters and numbers — on which to focus.

The viewers each did from one to three remote viewing sessions of about an hour each. They were seeking information unknown at the time, working blind with only the random numbers and letters provided by Smith to focus on. Smith began the work with an initial viewing of the missing man, a follow-up viewing of the suspect’s location, then a profile of the suspect. The other viewers helped seek possible accomplices and the location of the suspect after he fled.

The images they gleaned painted a picture of a body in water, perhaps in criss-crossed netting, near Catalina Island off the Southern California coast.

Knight didn’t want to believe it.

He received Smith’s report while in California on a photo job. That night in his hotel room, Knight’s wife caught the tail end of a newscast about an unidentified body found off Catalina Island. He knew immediately it was his friend.

The next morning he called the county morgue.

“I know the identity of that body,” he said.

The nonchalant voice on the other end of the phone sounded skeptical: “Oh, you do? And how would you know that?”

Knight said the body would be missing three fingers from its left hand, the result of an accident in ninth-grade shop class almost 50 years earlier.

The lady put him on hold, then came back. Indeed, the decomposed body was missing three fingers from the left hand.

Knight said his friend’s body would not have been identified were it not for the help of Angela Smith and her team of remote viewers.

There’s some truth to that, says the lead detective in the investigation of Williams’ death.

“That’s the crucial part of any murder investigation: (finding out) who the person is,” said Sgt. Ken Clark of the Los Angeles County Sheriff’s Department.

Clark said investigators might have identified the body without Knight’s help, but it would have been very difficult.

“It was valuable in that Robert was able to identify Steve and tell about other things,” Clark said. “How he came about that (information) was not something that we even explored.”


In the ocean for two weeks, Williams’ body was as badly decomposed as any Clark had seen as a homicide detective since 1998. (Although some websites erroneously attribute the body identification to another California resident, Clark verified Knight was the identifier.)

Clark remembers two phone calls that day — one from Knight and the other from sheriff’s department Commander Charles “Sid” Heal, who told Clark to take the time to listen to Knight.

Heal, who retired in 2008 after almost 33 years of service, was head of the department’s technology exploration program. The Los Angeles Times in 2007 described him as “a figure whose pursuit of improving policing through advanced technologies made him a national figure in law enforcement circles. Guys without last names from the CIA seek his advice.”

Indeed, Heal’s job at the end of his police career was to travel the world to find new technologies that could be applied to law enforcement.

“We all become critics, but some of the stuff literally stretched my mind,” Heal said. “They say once it stretches, it never goes back to the way it was before.”

One of those technologies was remote viewing. By the time the Williams case came around, Heal said he “had already become somewhat convinced” that remote viewing worked.

“I would certainly not throw it out,” he said of information collected through remote viewing.

A friend of Knight’s, retired Army Col. John Alexander, had called Heal to tell him about Knight and the remote viewers. Alexander, who is now retired and lives near Summerlin, explored the use of psychokinesis and psychic abilities to create better soldiers and enhance intelligence collection.

Clark remembers what Heal told him: “It’s going to sound far-fetched, (but) I know these people and they’re pretty damn accurate in what they have to say.”

Clark doesn’t seek out psychics. None are in his Rolodex.

“We stay away from that,” he said.

But he had no problem listening.

“Frankly, I don’t discredit anybody,” he said.

Knight’s information went beyond the body identification. He told police about a man named Harvey Morrow, a supposed investment adviser, who had befriended Williams and was investing Williams’ money — a few million dollars — on his behalf.

Investigators looked into it and found that Morrow was stealing Williams’ money. By now, after Williams’ death, Morrow wasn’t to be found.

Knight told detectives that remote viewers believed Morrow had fled to the British Virgin Islands. One of the viewers even sketched a boat with Morrow on board.

Both observations turned out to be accurate.

Clark said Morrow appeared to have no clue he was a suspect. He left the Caribbean for a job as a used car salesman in Montana — for a boss who was a former cop. He Googled Morrow and discovered he was sought for questioning in the Williams homicide.

Morrow was arrested and convicted in November and is now serving a life sentence without possibility of parole.

Critics of remote viewing say the practice isn’t the most reliable, especially compared with human-to-human, on-the-ground intelligence. It has also proven difficult to reproduce remote viewing test results in the laboratory.

Physicist Hal Puthoff, one of the founders of the government’s Stargate remote viewing program, isn’t taken aback by skeptics.

Smith said she is beyond answering questions about whether remote viewing works. She now is trying to understand why it works.

“It’s not a matter of, ‘Do I believe in remote viewing?’ The intriguing questions now are how does it work and how can it be further developed?” she said.


For his part, Clark reaffirms that he isn’t likely to seek out a psychic or remote viewer for assistance to aid in a murder case. Still, he doesn’t discredit it, either.

The information provided by Knight and the remote viewers, he said, reached the level of, “Oh, wow, this is more than I expected.”