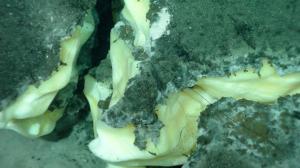 This breakthrough ends any remaining risk that we will ever have a meaningful shortage of heating gas for millennia.  Every household on Earth can be securely supplied with our most effective and cheapest source of heat.

Methane has many advantages besides been the least source of Combustion CO2.  It is easy to transport through pipelines and trouble free.  Today it is also the cheapest source of energy and this breakthrough assures us that that will remain so.  Recall that we have deep offshore deposits we can easily reach with our drilling technology.  What is described here is a drilling protocol.

On top of that we can grab power plant CO2 and pipe it offshore to an operating field and use the CO2 injection to liberate the CH4.  It is pretty hard to think of a better solution to our annoying general CO2 production.  This suggests that we can pipe Tarsands CO2 to the and pipe back methane to operate the refineries.

This was a technical problem that simply did not look too promising.  Now I get the impression that CO2 is directly displacing the CH4 and leaving the structure itself intact without subsidence.  That may be optimistic, but with the folks already buying in who can ask and answer that question, I think we have an unexpected winner.

Whatever the result, I can assure you that we can now count on gas as a long term energy asset that will keep us warm centuries into the future.

From Wednesday's Globe and Mail

A methane hydrate glacier sits on the sea floor, 850 metres below the surface. ()

In a joint announcement two weeks ago, the United States and Japan (along with ConocoPhillips, the U.S.-based multinational oil company) announced the world’s first successful field trial (in Alaska) of a technology that uses carbon dioxide to free natural gas from methane hydrates – the globally abundant hunks of porous ice that trap huge amounts of natural gas in deposits, onshore and offshore, around the world. It’s a neat feat. You use CO2, which isn’t wanted, to produce natural gas, which is. But it’s more than neat – much more.

Methane hydrates constitute the world’s No. 1 reservoir of fossil fuel. Ubiquitous along vast stretches of Earth’s continental shelves, they hold enough natural gas to fuel the world for a thousand years – and beyond. Who says so? Using the most conservative of assumptions, the Geological and Geophysical Service says so.

The now produces 21 trillion cubic feet (tcf) of natural gas a year. But it possesses 330,000 tcf of natural gas in its methane hydrate resource – theoretically enough to supply the country for 3,000 years (give or take). Using less conservative numbers (for example, a methane hydrate resource of 670,000 tcf), the is good to go for 6,000 years (give or take).

Worldwide, methane hydrate reserves add 1,000,000 tcf to the global natural gas resource. We have a ways to go before commercial exploitation begins but the question must now be asked: Isn’t it time to relax a bit about peak oil – or, for that matter, peak primary energy? We are not apt to run out of carbon to burn for a very long time. It is true: Only a fraction of these resources can be deemed economic in the near term. But a fraction of them could still deliver plentiful energy for many centuries.

Or more. Methane hydrates are found at larger and larger volumes the deeper you drill. ConocoPhillips drilled 830 metres for its field test at . At this level, you calculate the reservoir of methane gas in the hundreds (100s) of trillions of cubic feet (tcf). Drill deeper and you calculate reserves in the thousands (1,000s) of trillion cubic feet. Drill deeper still and you calculate reserves in the hundred-thousands (100,000s) of trillion cubic feet. Earth’s reserves of this resource could theoretically reach millions (1,000,000s) of trillion cubic feet.
Citing the first prolonged release of natural gas from methane hydrates, U.S. Energy Secretary Steven Chu celebrated the “enormous potential for economic and energy security” of the new technology. The has reserves of 2,600 tcf of conventional natural gas. The alone holds methane hydrate reserves of 220,000 tcf – nearly 100 times as much. For the next technology trial, the partners will head to the Gulf.

Methane hydrates are hunks of porous ice that grip natural gas molecules as they rise naturally from deep reservoirs under the Earth’s surface – and grip them tightly, under pressure, in cold waters. In the successful test this spring, ConocoPhillips used CO2 to relieve the pressure, causing the ice cages to open and to liberate the trapped gas.

Why trade CO2 for methane gas that, when burned, releases carbon dioxide? And isn’t methane gas especially dangerous? In Conoco’s revolutionary technology, the CO2 not only replaces freed methane but simultaneously disposes of waste CO2 from conventional oil field production. This isn’t zero sum. It’s net gain – which is why Energy Secretary Chu, a celebrated environmentalist, champions it. Mr. Chu says, incidentally, that methane hydrates could cut the price of natural gas, already cheap, by one-third – within 10 years.

The methane hydrate story is more proof that there's no energy shortage that we need be concerned about for a few hundred years at least. But there's still one thing very wrong with this story, and that's the fiction that we use its production as a means of getting rid of un-wanted CO2.

CO2 is NOT A POLLUTANT!

CO2 is a beneficial trace gas that all plants consume. Without CO2, NOTHING WOULD BE GREEN!

IT'S THE SUN STUPID!... and WARMING IS GOOD!

Stop the lies about CO2.