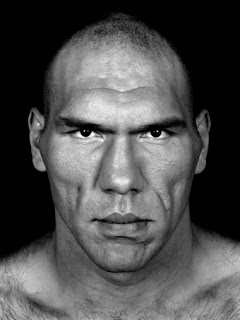 Dale Drinnon has put together this report on giant lineages out of Europe. It is instructive and quite suggestive.

What it does confirm is that features associated with the neanderthals appear present in some European lineages.

In fact I suspect it is high time that we took every thing we thought we knew from the archeological record and quietly set it aside. We need to get on with the task of DNA mapping of the population in order to define specific lineages once associated with their absorption into the general mass of the population.

It is not understood that DNA has been wonderfully conserved over many generations through female lines and it is only recently that war has seriously impacted their preservation but that has been offset by the huge population base. In the barbaric world, war was about seizing women as much as anything and no one is going to kill the loot.

Thus in an expanding population environment, small tribal groups were easily absorbed yet also conserved. This is an example of a giant lineage popping up every several generations. We can take advantage of that to reconstitute some of these ancestral lineages if we choose.

I was in the middle of two or three other things and then this matter came up again, but this time I had a more complete statement on the matter. One of my Friends on Facebook just shared this photo reproduced below, and with the following caption

Opening of Article: If being the tallest and heaviest heavyweight champion in history at 7 feet and 325 pounds, respectively, were not enough to bring attention to undefeated Nikolai Valuev, one need only imagine the looks of disbelief from boxing experts and novices alike when the Russian giant enters the ring not by the customary process of stepping through the ropes; he steps over them. These and many other anomalies are par for the course for this native of St. Petersburg, who has charted an unlikely course to become World Boxing Association champion.


He was born during the depths of the Cold War on Aug. 21, 1973, to parents who both stood only 5 feet 5 inches tall. The explanation for his immense size comes from his grandmother. She spoke of an Asiatic tribe called the Tartars (derived from Tarturus, the Greek god of the underworld), who had once conquered Russia and spread terror throughout most of Europe. She said her grandfather was "a giant of a man called Vasily," and a direct descendant of this warrior race. Nikolai was the product of this gene pool...


Actually "Tartars" (and in Germany, "Huns") refers primarily to the Asiatic nomad horsemen of about the Clasical age (Greece and Rome) BUT both names are also used to mean "Giant Warriors" and are translatable to the Scandinavian term "Iotun" (Giant) as direct replacements of one another: simlarly the Siberian Snowmen are commonly known by the term "Tungus" ordinarily assumed to mean the local Siberian population of "Tartars"


Nikolay Valuev says “I am not a machine; I am not a piece of meat; I am not a circus show. I am a normal human being. I have human feelings. I have a beautiful family. I have many friends. I like good music, classical music. I read books. People sometimes do not treat me like a human being because of my size. They make a sensation. I try not to take it personally because they do not know me as a person, but there are times when it hurts me inside.”

There is really nothing unusual about Nikolai, he is a continuation of the Giant Warriors of the past and he is a present-day survivor of a type recognised to Physical Anthropolgy and mentioned here before. Skulls of the exact type are known from many places in Europe and they have been known for a long time: I have mentioned the matter before in my postings about "Half-Ogres" and "Half -Trolls" and one of the more famous of these skulls is illustrated below in  illustrations from the 1800s

There is a lot of talk about this type and related types on the message boards that delight in classifying Europeans into any number of distinctive races or subraces, and mostly following Carleton Coon in The Races of Europe. I myself do not see the need to consider the differences to be "Racial" in nature but it is useful to see what Coon has said about the strain which can be recognised in Physical Anthropology and Archaeology:

Aboriginal Northwest European subraces (The descendants of the first peoples to settle in northwest Europe, who retreated to refuge areas in southern France and northern Spain during the Last Glacial Maximum of 20,000-15,000 years ago [18,000-13,000 B.C.], and then re-expanded northward along the coasts of the Atlantic and the North Sea during the final phase of the Upper Paleolithic period circa 15,000-10,000 years ago [13,000-8,000 B.C.])

D.) East Baltic type (northeast periphery blend of Borreby and/or Fälish with Neo-Danubian and/or Ladogan; majority element in Finland and the Baltic States, formerly predominant in Old Prussia, but this element now dispersed throughout Germany and Eastern Europe as a result of the expulsion of the Prussian population from its ancestral homeland)

This is probably splitting hairs over diversified but related lineages and the names given to such populations are probably unnecessary to remember. The point is that the Brunn/Borreby populations are said by Coon to be residual CroMagnon/Neanderthal crosses, they are unusually tall and muscular, and many of the "Strong Men" of Europe derive from this type. Some of the modern decendants are not so large, and the stereotyped "Irish" caricatures are showing what Coon says are features derived from these Upper paleolithic mixed types (at the same time, other authors most strnuously object to the type being called CroMagnon, as it commonly is, and R. Cedric Leonard points out that there are distinctive eastern and Western European Upper Paleolithic populations-the Brunn populations he would say were of the Eastern sort but the Western ones are the ones he would call CroMagnon (per se)


Some of the families of Giant Warriors show more exaggerated Neanderthal-like features and there is evidence for stronger and more recent Neanderthal admixture, and the traits do definitely run in families (Once again, as in the earlier "Berserker" warrior blog entries) and Boris Porshnev mentioned the mixed types in his discussion on Surviving Neanderthals.  And so whether Nikolai gains Neanderthaloid genes from  very ancient or a more recent crossing with more typical modern men, he comes by his heritage honestly.


And it is also not unusual that he has a beautiful wife: the same population of Brunn/Borreby types consistently produces females that are thought to be exceptionally beautiful by most people, having round faces with strong cheekbones, large eyes and curvy bodies with large breasts. Marilyn Monroe is out of this population, so is Mauneen O'Hara and so is Anita Ekberg. So it seems that the Warrior Giants of old incorporated into their families the genes of exceptionally beautiful women that they had mated with in the past. Rather like the Biblical Nephilim before them.