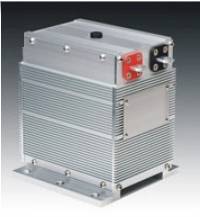 EEStor has finally broken its silence and I am not surprised.  The last material announcements reflected confirmation that the production of the working nano powder met the specifications necessary to achieve the program’s ultimate goal.  This attracted the attention and partnership of Lockheed Martin as well it should have.

Their pronouncements avoided the obvious next challenge of actual component fabrication which I expected to be challenging at the least.  I assumed that they understood the necessary configuration that they needed to achieve since it would be easy to model going in.

They have achieved void free layers and have made excellent progress in general.

Otherwise, they are not yet getting the necessary permittivity and this is pretty fundamental.  Thus predictions of deliverability will be premature at best.  You can put the Champagne back in the cooler.

CEDAR PARK, Texas, May 15, 2012 /PRNewswire via COMTEX/ -- EEStor Inc. ("EEStor") announced today that it is providing an update on the progress of its ultra-capacitor based energy storage technology.

EEStor has been working on the development of single layer Electrical Energy Storage Units (EESUs) as a step toward full commercial units. The single layers are generally around 20 microns in thickness with an area of 0.25 inches square. EEStor has successfully demonstrated a process that yields layers that can handle an operating voltage in excess of 3500 volts, have a dc resistance of greater than 700 terra ohms, and a dissipation factor of 0.005. The process of manufacturing the layers has evolved as EEStor has worked on improving the reliability of the layers. EEStor has recently focused its efforts on elimination of voids within the layers to improve the energy storage capabilities of the EESUs. EEStor has recently made major progress in that it is now successfully producing layers which tests indicate are void free.

The layers now being produced have very small internal self-discharge and crossover losses. These layers have been cycle tested by EEStor and have achieved over 1 million full cycles at a rate of less than 30 seconds per cycle. Each cycle consisted of charging to 3500 volts followed by discharging to zero volts. The EESU layers have better self-discharge characteristics and lower losses in the charge/discharge cycles than other known competitive energy storage technologies. Improvements have been made in the film morphology and fabrication requirements to facilitate the use of automated manufacturing. However, the most recently produced versions of the EESU layers have been tested by EEStor and in EEStor's opinion do not yet achieve the level of permittivity necessary for commercial production. EEStor is now working on improvements in the film morphology which it believes will allow it to significantly increase the permittivity and energy storage capabilities of the layers.

The performance of the EESU layers has not been independently tested. Once EEStor has improved the permittivity of the EESU layers, it will commence third party testing and certification. The third party results will lead to a detailed analysis of the technology's performance. Following independent certification of layers, EEStor intends to build multiple layer EESUs to demonstrate the effectiveness of the technology. EEStor has been developing production systems that have a level of automation and throughput capability that EEStor believes can be improved and scaled quickly.

Forward-Looking StatementsThis press release contains "forward-looking statements," including statements related to making major progress, working on improvements which will allow EEStor to significantly increase the permittivity and energy storage capabilities of the layers, intending to build multiple layer EESUs to demonstrate the effectiveness of the technology and developing systems that have a level of automation and throughput capability that can be improved and scaled quickly. These statements are subject to a number of risks and uncertainties, including the risk of development or production delays, the risk that the technology or devices may not perform as expected, component or raw materials delays or shortages, the ability to effectively manage operating expenses and manufacturing operations and the ability to maintain or raise sufficient capital to fund current development and production goals. EEStor's actual results may differ materially from the expected results in this release. Readers are cautioned not to place undue reliance on these forward-looking statements, which speak only as of the date such statements are made. EEStor does not undertake any obligation to publicly update any forward-looking statements to reflect events, circumstances or new information after this press release, or to reflect the occurrence of unanticipated events.

SOURCE EEStor Inc.
Posted by arclein at 12:00 AM