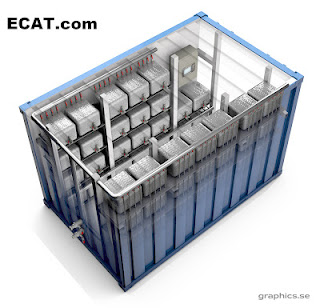 As posted before we are on the brink of a true energy revolution with the production of LENR heat cells capable of producing a 600 C heat gradient. For starters, it will be the death of both coal and nuclear power and quickly too. Rossi has a pilot one MW unit presently in testing mode and it seems to be doing fine. A commercial unit and mass production should follow naturally. Other players are clearly struggling to play catch up here.

Cold Fusion has been viciously attacked in the USA and that has left most observers operating in ignorance. At this point the science has achieved critical mass and ample repetition has not only confirmed what was originally discovered, it has also taken it to a working protocol that is been repeated over and over again. It is time to shut up for the idle naysayers out there.

Other fusion technologies will be emerging, but as far as for humanity living on Earth is concerned this will do quite well. We merely change out our heat based industrial base with this and all fuels go quietly out of business. In the end we will have a few such devices around mainly to consume excess fuels we need to dispose of.

With nuclear, it will likely take us a thousand years or so.

The article is really a review of the history and current state of LENR, much of its content is what people following recent developments in LENR research already know. Ritter contacted a number of people involved in the field, including Dennis Bushnell of NASA, Robert Duncan of the University of Missouri, Steven B. Krivit of New Energy Times, and Andrea Rossi. Quite a bit of the article is devoted to describing Rossi’s E-Cat, and emphasizes that as yet it is unproven.


Bushnell maintains that, “From more than two decades of experiments producing heat and transmutations, ‘something’ is real and happening.”


Krivit says of the E-Cat, ““Rossi has no credible evidence for his extraordinary claims, I have stopped paying attention to him.”


Duncan states, ” “I don’t need to have an opinion about the E-Cat. Nobody does. Rossi is claiming to be going commercial with it. If he does deliver to the marketplace, then the marketplace will decide the efficacy of the technology.


PESN has an update on the LENR to Market for May 17.


ECAT Licensees to be revealed October, 2012

Leonardo Corp have a number of Licensees for its products for various regions around the world including its northern Europe Licensee Hydro Fusion Ltd, which also attended the E-Cat 1MW October test. All E-Cat Licensees have attended demos of operating E-Cat units.

A convention will be held for all E-Cat Licensees and is set for October. An official list of all licensees will then be published online at ECAT.com.

One ECAT 1 MW plant has been delivered and is working in a military facility. Andrea Rossi recently made the following statement:


“The 1 MW plant has been delivered and is working in a military concern. It has been made in the USA, after the October test of the prototype made in Italy; such prototype will be delivered, with the modifications which we will complete based on what we learnt from the model at work, to a European Customer in July. ”


The ECAT 1 MW plant in USA is now stable at very high temperatures.

The industrial plants will get the necessary certification within weeks.

The price for an E-Cat 1 MW plant is still $1.5M; orders can be made from the inquiry form on the right side at this website.

Home ECAT-units will not be available until 2012-2013 due to rigid testing, certification and regulation procedures.


These temperatures allows for a vast number of electricity solutions at 40%+ gross heat-to-power efficiencies and 25%+ net efficiencies taking into account the power used by the process. The design allows for merely any heat transferring media including water/steam, heat-transferring-oils, molten salts but also hot air.


The high temperature E-Cat reactor currently in test also opens up for applications with Stirling Engines. The new reactor is smaller in size and has a charge of 1.5 grams and more shielding than the original reactor.

A group Defkalion is working with wants them to postpone posting data from their tests until August when there is a big conference where they will be making a presentation. The scuttlebutt is that while the third party test results have been positive, there have been indications of instability and inconsistency between tests, which doesn't speak well for production readiness. They're still on track as a leader, but not in first position any more. In my opinion, the long delay in posting those test results which were supposed to be forthcoming even as early as during the testing, contrary to their promised early release, is a significant setback

Chunking along; getting close to point where we can get working at SRI, probably middle next month. Money starting to come in. Started design work on next-generation boiler and dry gas system. -- (from brief phone call with Robert Godes, CEO) with PESN


A report from Ecat World


George Miley’s Lenuco will present at TechConnect Showcase. TechConnect, an organization which aims to connect innovative technology companies with investors and funders, will be holding its TechnConnect World Summit and Innovation Showcase in Santa Clara, California from June 18-21.


From the TechConnect 2012 program

The discovery of practical applications of low energy nuclear reactions has created much activity and interest worldwide. Our approach using hydrogen loaded nanoparticles to produce heat that is converted to electrical output offers many advantages over others. Lenuco was founded to commercialize this technology and has a 2 pronged business model. One prong is to develop the technology for use by NASA to replace pu-238 radioactive power sources in future space probes. The second prong is to provide small to medium range distributed power source for home and industrial use. Both uses capitalize on the high power density and low maintenance, radiation free, long lifetime characteristics of LENR power cells.

Get your fact straight please.
The first generation 1MW plant operates at 120 degrees C as do the currently planned Home E-cat's. As such neither are able to run at a high enough temperature for efficient electricity production.
600 degrees C is the temperature that Rossi's latest unit will run at. It is currently in the final stages of testing and an announcement about this is expected soon along with the test results.
In theory a number of these could be run in parallel to produce 1MW, but I do not believe that this configuration has been tried yet.

that was not obvious but makes perfect sense as it is costly to set up the necessary hardware to handle that level of heat and steam. 120 degrees c makes a perfectly good heat engine and little else. That is good enough but limited to heating needs and hopefully operates wonderfully on an intermittent basis