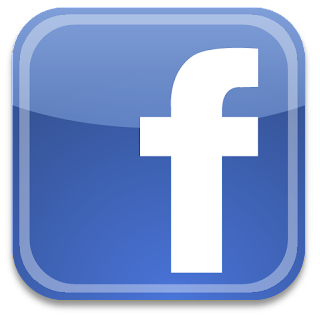 This is total nonsense. If there is any issue at all it behooves the SEC to rescind the entire offering and reverse all trades. It can be done now. Otherwise the SEC will wear it for failure to act. All offerings have a rarely used right of rescission and in the case were it has been badly handled and opinions are changed in what is called the quiet period, withdrawal of the offering and resubmission is surely called for.

Right now Morgan Stanley is trying to tough it out and accruing all the bad press that attracts. A completely recoverable situation is turning into a market pig because someone does not want to admit they blundered. The SEC needs to do the smart thing and reset the clock and let everyone take a deep breath.

I am sure that there are some pretty exciting meetings going on at the moment.

Facebook’s initial public offering is the subject of two congressional inquiries and mounting lawsuits as the social network enters its fifth day of public trading. The shares regained some ground Wednesday, rising $1, or 3.2 percent, to close at $32. They were up another 50 cents, or 1.6 percent, to $32.50 in early premarket trading Thursday. But they are still more than 14 percent below their $38 per share IPO price last week.

The stock’s rocky inaugural trading day last Friday was followed by a two-day decline. The launch was held up by a half-hour delay, caused by glitches on the Nasdaq Stock Market. It was marred further this week as investors began accusing the banks that arranged the IPO of sharing important information about Facebook’s business prospects with some clients and not others.

Several shareholders who bought stock in the IPO have filed lawsuits against Facebook, its executives and Morgan Stanley, the IPO’s lead underwriter. At question is whether analysts at the big underwriter investment banks cut their second-quarter and full-year forecasts for Facebook just before the IPO, and told only a handful of clients about it.

One lawsuit, filed in U.S. District Court in New York, claims Facebook’s IPO documents contained untrue statements and omitted important facts, such as a “severe reduction in revenue growth” that Facebook was experiencing at the time of the offering. The suit’s three plaintiffs, who bought Facebook stock on its first day of trading May 18, claim they were damaged in the process.

Another lawsuit, filed in San Mateo County Superior Court in California, claims Facebook and underwriters misled investors in Facebook’s IPO documents. Both lawsuits seek class action status on behalf of investors who bought Facebook stock and lost money on Friday. “No one gets it perfect, as far as saying what the financial results are,” said Anthony Michael Sabino, professor at St. John’s University’s Peter J. Tobin College of Business. The bottom line, he added, is whether Facebook or the underwriter had material information about Facebook’s finances that was not disclosed publicly. “At this moment, it’s still too early to say,” Sabino said. “We don’t know enough, but this could turn out to be an issue.”

What is known is that, in March, Facebook began meeting with analysts at the underwriting firms. The gatherings are a customary part of the IPO process and are designed to help analysts understand the company’s business so they can make accurate financial projections. On May 9, the third day of Facebook’s pre-IPO roadshow to meet with prospective investors, the company filed an amended IPO document that said its number of mobile users was growing faster than its revenue. According to a person familiar with the matter, Facebook then had another meeting with analysts and told them that based on the new information in the filings, the analysts’ forecasts should be at the low end of the range that the company gave them in April. The person spoke on the condition of anonymity because they were not publicly authorized to discuss the matter.

Adding to Wednesday’s events, Facebook was in talks with the New York Stock Exchange to move its stock from the Nasdaq Stock Market after the botched offering, according to a person familiar with the matter. The person spoke on the condition of anonymity because they were not authorized to speak publicly. The news of the talks was first reported by Reuters.

NYSE spokesman Rich Adamonis said: “There have been no discussions with Facebook regarding switching their listing in light of the events of the last week, nor do we think a discussion along those lines would be appropriate at this time.”

Sen. Tim Johnson, D-S.D., chairman of the Senate Banking Committee, said late Wednesday that his panel wants to learn more about the social network’s initial offering. The committee seeks briefings with Facebook representatives, regulatory agencies and others. After the briefings, Johnson said, he will determine whether a hearing should be held.

Also gathering information about Facebook’s IPO is the House Financial Services Committee. An aide to that panel said its staff is getting briefings. The subject is likely to be raised in hearings by the committee in the coming weeks, even though no hearings are planned specifically on the Facebook IPO, the aide said. The aide spoke on condition of anonymity because the House committee’s planned inquiry hasn’t been publicly announced.
Posted by arclein at 12:00 AM