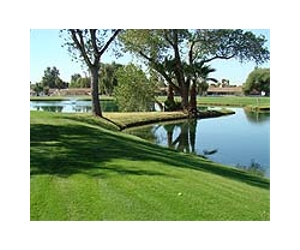 Why is it that a product line used for decades is only getting this sort of fundamental testing now?  Or was it tested in house and the results simply fudged.

We have been looking for a smoking gun on the loss of frog populations for as long.  Now we have an awfully good one and maybe it is not Roundup.

Impacting the environment with chemicals has been ongoing for half a century.  It is time to do a broad study on environmental health just about everywhere to determine the general impact of modern agricultural practices.  We need to particularly uncover what is cumulative out there.

Chlorothalonil, one of the world's most common fungicides used pervasively on food crops and golf courses, was lethal to a wide variety of freshwater organisms in a new study, University of South Florida researchers said Wednesday.

Biologists Taegan McMahon and Jason Rohr, co-authors of the study published in the journal Ecology Letters, report that chlorothalonil killed amphibians, snails, zooplankton, algae, and aquatic plants below estimated environmental concentrations previously deemed safe by the Environmental Protection Agency. The loss of these herbivores and plants freed the algae from predation and competition, which eventually resulted in algal blooms that were similar to the effects of eutrophication.

"Some species were able to recover from the chemical assault, but the ecosystem was fundamentally changed after its exposure to chlorothalonil," Rohr said.

The four-week study was conducted in a series of 300-gallon tanks used to mimic pond conditions. It follows a 2011 laboratory study conducted by McMahon and Rohr that found that ecologically-relevant concentrations of chlorothalonil killed four species of amphibians.

"Although our new study is the only reported community- and ecosystem-level experiment on chlorothalonil, our results are consistent with several direct toxicity studies conducted in the laboratory and with observations in the field," McMahon said.

Chlorothalonil kills molds and fungus by disrupting cellular respiration, an essential process for most multicellular organisms on the planet. Like the infamous DDT, chlorothalonil is a member of the organochlorine chemical family.

Fifty years after the book "Silent Spring" led to a ban on most forms of the pesticide DDT, chlorothalonil is one of a few organochlorine pesticides still registered for use in the , Europe and .

"In addition, to reducing biodiversity and altering ecosystem functions, chlorothalonil reduced the decomposition of waste, an important service that freshwater ecosystems provide to humans," McMahon added.

"This is important because many species in ecosystems might contribute little to ecosystem functions or are functionally redundant with other species, and thus declines in biodiversity do not always affect the functions and services of ecosystems," Rohr said.
McMahon and Rohr encourage further research on effects of anthropogenic factors on ecosystem functions in systems with complex food webs and the re-evaluation of the safety of chlorothalonil.
Posted by arclein at 12:00 AM