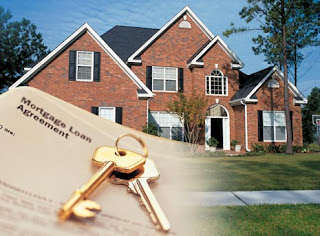 One wonders how the bankers can possibly argue for open season on lending when they failed so horribly each and every time they had the opportunity.  Yes the banks must have skin in the game.  Five percent means that their fees at least are at risk for a few years as it should be.    A banker laying of a mortgage is a used car salesman and as deservedly creditable.

Don’t they get it?  A stable banking system with strong balance sheets is a necessity.  That is achieved by having a portfolio of loans that are stable that you understand and know.  Creating loans to resell is the business of an independent broker and should be treated that way.

today is developing a lively mortgage brokerage industry which the banks tap today for product.  Customers are shifting to an increasingly skilled industry that actually is able to make superior arrangements for customers that a bank officer has no incentive to offer otherwise.  Yet the banks remain the primary end buyer of mortgage product.

As usual there is yapping about those who do not qualify.  This is a problem that must be addressed with other product, however constructed.  Again in we have a government operated mortgage insurance system for high ratio mortgages that has worked extremely well and lays of enough risk to avoid high interest costs.

I do not think the Canadian system has all the answers put it is inherently conservative and has avoided the worst excesses of the market.  Imposing similar guidelines in the will be a good way to sort thing  out once and for all.

Banks will be forced to retain some risk when they securitize all but the most conservative mortgages under rules that regulators are expected to vote on Tuesday. But the banks are likely to be given wide leeway in determining what risks to keep.

Major banks, hoping to revive the mortgage securitization market that crumbled when many securitizations proved to be anything but safe, had asked regulators to define almost any mortgage — except for the most extreme types no longer being written anyway — as a “qualified residential mortgage.” But a summary of the proposal, provided to The New York Times on Monday night by a person briefed on the decision, showed that the regulators rejected that advice and decided that only the most conservative mortgages would qualify. Securitizations of any other mortgages would require the banks to retain “skin in the game” of at least 5 percent of the risk.

The Dodd-Frank Act mandated that banks maintain at least a 5 percent threshold for risk on mortgage securities. But the law granted an exception for “qualified residential mortgages” while leaving regulators to decide what that meant. Bankers warned that without a broad definition many borrowers would be unable to get loans, while others argued that two mortgage markets could develop, with loans requiring banks to retain a stake presumably costing more.

“It is quite draconian,” said Ellen Marshall, a lawyer who represents banks as a partner in Manatt, Phelps & Phillips and was reacting to the documents once they were posted on media Web sites.

“It is requiring the 5 percent of risk retention on a huge swath of the market. It is permitting securitization without the retention of 5 percent only in the case of very old-fashioned mortgages.”

Banks, however, did get regulators to agree to a broad definition of how that risk can be retained, as well as of who will have to retain it. In some cases they can retain risk by holding onto mortgages that are deemed identical to those being securitized. In others, they would be able to either take the first 5 percent of losses or to hold 5 percent of every class of security.

Before the credit crisis erupted, many mortgages were sold by banks in securitizations, and most of the securities were rated AAA because widespread defaults were deemed almost unthinkable. It turned out that many of the securitizations were stuffed with risky mortgages, sometimes made to people with no proof of income. Defaults rose sharply, and there have been substantial losses.

The law passed by Congress last year tried to assure that bankers would pay attention to quality of loans by forcing them to retain a stake.

Under the proposed rule, mortgages to buy homes will require buyers to put down at least 20 percent if banks want to securitize the loan without retaining a stake. Loans to refinance mortgages would not qualify unless the new loan was for no more than 75 percent of the value of the property, or 70 percent if the refinancing enabled the borrower to take out cash. It would also set standards for the minimum income that a borrower could have relative to the mortgage payments.

No borrower who fell two months behind on any loan within the previous two years could get a qualified mortgage.

Banks had asked regulators to allow borrowers with smaller down payments to receive qualified loans if they took out mortgage insurance. The regulators rejected that idea, according to the summary, saying that the law required them to consider not whether private insurance would reduce losses from defaults but whether it made defaults less likely to begin with, presumably because the insurers carefully weigh risks. Banks were told they could submit studies on that issue, and that it could be reconsidered.

The proposed rule also sets minimum standards for servicing of loans, something banks had opposed.

One issue where banks appear to get most of what they asked for was on the question of which institution had to retain risk. A loan could be made by one company, aggregated by another and securitized by a third, perhaps in a deal that included loans put together by other aggregators. Under the proposed rule, the institutions could split the risk among them, subject to some limits.

There had been much discussion of whether to require a “vertical” stake, in which the bank retains 5 percent of every class of the securitization, or a “horizontal” one, in which the bank would assume the first 5 percent of losses. The regulators said either would do, and added that they would take an “L-shaped interest,” combing the two, or would allow a bank to take a representative sample of the loans and keep all the risk for those loans.

The proposal was developed by staff members of the Office of the Comptroller of the Currency, the Federal Reserve, the Federal Deposit Insurance Corporation, the Securities and Exchange Commission, the Federal Housing Finance Agency and the Department of Housing and Urban Development, and is expected to be formally proposed by each of them, with the F.D.I.C. set to vote Tuesday.

The rule would be put out for comment and could be revised after comments are received.