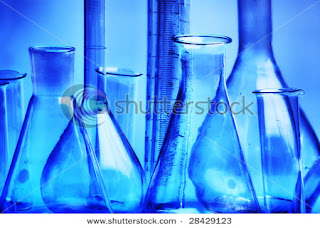 Get over it.  Most medicine is empiricism first and science last.  In the face of all that we have fashions promoted under the guise of science or at least justified with as patina of science.  The profession itself goes through a training program that is about developing knowledge and skill and not developing a scientific attitude.  No one wants a doctor running experiments on his hapless patients, yet we pretend they have scientific skills.

New protocols come and go and the successful ones hang around.  The suspect ones also hang around long past their due date often because we have specialist inertia.

None of this is good and explains the emergence of a burgeoning alternative medicine regime.  Far too many are discovering that professional solutions are just awful and real relief is to be found elsewhere.  The early criticism against all that was a lack of scientific work, now long since remedied and so called natural solutions are stronger that ever.

NaturalNews) Greek doctor John Ioannidis has based his career on exposing the untrustworthy nature of medical research, and it has made him one of the most celebrated medical scientists in the world. Indeed, Ioannidis worries that the medical research system is so broken that it cannot ever be fixed.


Ioannidis first became aware of the problems in medical science as a young researcher, when he realized that even for well-researched diseases, doctors tended to make their treatment decisions based on intuition and basic guidelines rather than solid research. He became involved in the "evidence-based medicine" movement, searching for reliable data to help doctors make these decisions -- and discovered that there isn't any.


Medical scientists ask the wrong research questions, set up studies to deliver certain results, recruit the wrong research populations, take the wrong measurements, analyze their data poorly and present their results inaccurately, he concluded. Researchers want to achieve specific results, Ioannidis says, and either consciously or unconsciously, they make sure to get them.


"At every step in the process, there is room to distort results, a way to make a stronger claim or to select what is going to be concluded," says Ioannidis. "There is an intellectual conflict of interest that pressures researchers to find whatever it is that is most likely to get them funded."
In part, Ioannidis blames a system that makes researchers dependent on publishing studies in influential journals in order to receive and keep tenured positions. Such journals are more likely to publish sensational research findings, even if those findings are less accurate.


To prove his point, Ioannidis published two highly influential papers in 2005. In the first, he used a mathematical proof to show that with only small levels of researcher bias, less than ideal research methods, and a tendency to focus on exciting rather than likely theories, as many as 80 percent of non-randomized studies, 25 percent of randomized studies and 10 percent of non-randomized studies will be wrong. And indeed, these figures match the rates at which studies are later disproven. In his second paper, Ioannidis showed that of the 49 most influential studies of the last 30 years that were later retested, 41 percent were eventually proven wrong.


These papers included the one that led to hormone replacement therapy as a treatment for menopause symptoms, and the one that led doctors to recommend that patients take an aspirin pill daily to prevent heart attacks.


Sources for this story include: http://www.theatlantic.com/magazine...

Learn more:
http://www.naturalnews.com/031975_quackery_medical_science.html#ixzz1IlDBDx7w
Posted by arclein at 12:01 AM