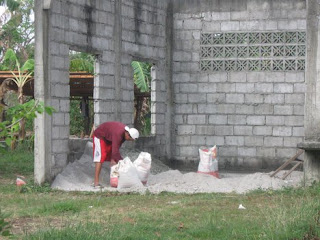 Yes, it is really time to think about .  This expresses the ongoing concerns been felt by the community of economists.  The problem is that we presently have soaring inflation and you can bet that worker’s incomes are not keeping up.  In the meantime way too much cash is chasing goods and are bidding them up.  The economy is naturally restructuring.

So the question is whether or not we are to have a severe slump.

As I posted two years ago, ’s best policy was to support an expansion of middle class wealth.  Some of that may have happened, but this suggests it has a lot further to go.  The huge housing overhang, provided it is real, needs to be absorbed with ready credit to buyers who qualify.  This all surely exists and needs to be realized.

has been actively securing raw resources to support its growth and is all over world so doing.

Again, do we panic or do we hang tough.  Growth is absurd in some sectors yet I said the same five years ago and none of all that is shuttered.  Someone owns all those properties and it may well be the foolish and well connected.  If that is the case, then they are not a drag at all on the economy.  The drag is that the limited supply of foolish commissars may well dry up.

The constraint now is that the able are all now working and productivity really is beginning to matter and real wages must rise.  Already they are outsourcing into .

I think that they are about to accept slower growth and may well be already doing so.  It is not a mature economy yet, far from it, but they are likely entering a twenty year period of consolidation, about twenty years after did.  has done what did in forty years in thirty years as is .

The rest of the globe, including the Muslim sector has also embarked and will reach the same level in thirty years followed by twenty years of consolidation.  Therefore, the globe will be fully developed in about fifty years.  At present, a third is developed, a third is in full cry and the remaining third is in motion.

The present problem for is the weakness of the US dollar is slowing their external operations.

In an unexpected move to curb soaring inflation hiked interest rates for the 4th time since October.

Premier Wen noted a threat to social stability and stated “Exorbitant” house price increases in some cities are a top public concern.

raised interest rates for the fourth time since the end of the global financial crisis to restrain inflation and limit the risk of asset bubbles in the fastest-growing major economy.

The benchmark one-year lending rate will increase to 6.31 percent from 6.06 percent, effective tomorrow, the People’s Bank of said on its website at the end of a national holiday. The one-year deposit rate rises to 3.25 percent from 3 percent.

The move comes as a surprise to some, after Credit Suisse Group AG, Morgan Stanley and Bank of America-Merrill Lynch said officials may pause in tightening. While ’s disaster and ’s debt woes are clouding the global outlook, Premier Wen Jiabao’s government is more focused on the estimated 5 percent jump in consumer prices last month, said analyst Shen Jianguang.

It’s “very significant” that China raised rates before the March inflation data has even been announced, said Shen, a Hong Kong-based economist at Mizuho Securities Asia Ltd. who formerly worked for the International Monetary Fund and the European Central Bank. “This is a good preemptive move.”

Premier Wen last month described inflation as “a tiger” that once set free will be difficult to cage, and also as a potential threat to social stability. “Exorbitant” house price increases in some cities are a top public concern, he said.

Today’s announcement contrasted with central bank Deputy Governor Yi Gang saying March 23 that interest rates were at a “comfortable” level and that he was “not too worried” by inflation because price increases will slow in the second half of the year.


Via Email update, Nouriel Roubini sent out a note regarding 's growth.

I’m writing on the heels of two trips to China during which I met with senior policy makers, bank executives and academics, just as the government launched its 12th Five-Year Plan, intended to rebalance the long-term growth model. My meetings deepened my own impression and RGE’s long-standing house view of a potentially destabilizing contradiction between short- and medium-term economic performance: The economy is overheating here and now, but I’m convinced that in the medium term ’s overinvestment will prove deflationary both domestically and globally.


Once increasing fixed investment becomes impossible—most likely after 2013— is poised for a sharp slowdown. Continuing down the investment-led growth path will exacerbate the visible glut of capacity in manufacturing, real estate and infrastructure. I think this dichotomy between the high-growth/inflation pressures of the next couple of years and growth hitting a brick wall in the second half of the quinquennium is far more important than the current focus on a “soft landing” amid double-digit growth. A number of local scholars close to policy circles agree that this is the biggest challenge of the next few years, as we’ve been saying for months.

Despite policy rhetoric about raising the consumption share in GDP, the path of least resistance is the status quo. The details of the new plan reveal continued reliance on investment, including public housing, to support growth, rather than a tax overhaul, substantial fiscal transfers, liberalization of the household registration system or an easing of financial repression.

No country can be productive enough to take 50% of GDP and reinvest it into new capital stock without eventually facing massive overcapacity and a staggering nonperforming loan problem. Most likely after 2013, will suffer a hard landing. China needs to save less, reduce fixed investment, cut net exports as a share of GDP and boost consumption as a share of GDP.

China is rife with overinvestment in physical capital, infrastructure and property. To a visitor, this is evident in brand-new empty airports and bullet trains (which will reduce the need for the 45 planned airports), highways to nowhere, massive new government buildings, ghost towns and brand new aluminum smelters kept closed to prevent global prices from plunging.

It will take two decades of reforms to change the incentive to overinvest. Traditional explanations of the high savings rate (lack of a social safety net, limited public services, aging of the population, underdevelopment of consumer finance, etc.) are only part of the puzzle—the rest is the household sector’s sub-50% share of GDP.

Several Chinese policies have led to a massive transfer of income from politically weak households to the politically powerful corporates: a weak currency makes imports expensive, low interest rates on deposits and low lending rates for corporates and developers amount to a tax on savings and labor repression has caused wages to grow much less than productivity.

To ease this repression of household income, would need a more rapid appreciation of the exchange rate, a liberalization of interest rates and a much sharper increase in wage growth. More importantly, would need to privatize its state-owned enterprises so that their profits become income for households and/or massively tax SOEs’ profits and then transfer those fiscal resources to the household sector.

When viewed from the point of destruction of credit and the wiping out of malinvestments especially in the property sector, I would agree.

The question is how Chinese officials respond and to what degree.

May Be Slowing More Than You Think

In many respects, Roubini echos the beliefs of Michael Pettis.

As noted in Hidden Losses and Little Reform; China May Be Slowing More Than You Think, Pettis thinks a slowdown in may have already started.

One difference is that Pettis is not convinced of a "hard landing".

On this score, I side and have sided with Roubini. The case for a "hard landing" is sound. Can anyone cite any instances when there has been this much malinvestment where there has not been a hard landing?

In early February I was wondering How will Rate Hikes Affect China's Stock Market and Property Bubbles?

Something has to give. Can grow 10% without huge investment-driven growth, without rampant credit expansion? What about speculation in the stock market?


I am not so sure. It is quite possible a series of hikes weighs on the market. Besides, stock market rallies per se will not help achieve its GDP targets.


When Do Imbalances Matter?


At some point, will be forced to address massive imbalances in its investment-driven growth model, make numerous market-driven changes in its banking system, and address the untenable nature of its growth targets in general.


Will the stock market and 's economy wait for a leadership change or will the market force some changes via CPI spikes before then?


I suspect the latter. Moreover, it's entirely possible the series of quarter point baby steps hikes weighs on the equity markets sooner than expected, especially if the frequency of those hikes increases faster than expected, even if credit growth continues unabated.
Implications of the Hard Landing


I spoke about a Chinese hard landing in February in Speculation, Investment Scandals, Fraud, and China's Hard Landing; Miracle of Chinese High-Speed Rail will be Reduced to Dust; Peak Oil Doomsday Clock. Inquiring minds will want to take a look.


The video in the link immediately above is a "must see".


Those who believe or hope 's growth will continue unabated will at some point see those beliefs crash on the hard rocks of reality.

Roubini, Pettis, and I are all guessing as to when these imbalances matter, to what degree, and how hard the landing, but I will leave you with a couple of questions, one I asked earlier: Can anyone cite any instances when there has been this much malinvestment where there has not been a hard landing?


While pondering that question, also ponder the implications for commodities as discussed in Anatomy of Bubbles; Negative Returns for a Decade Revisited; Is Gold in a Bubble?
Posted by arclein at 12:01 AM